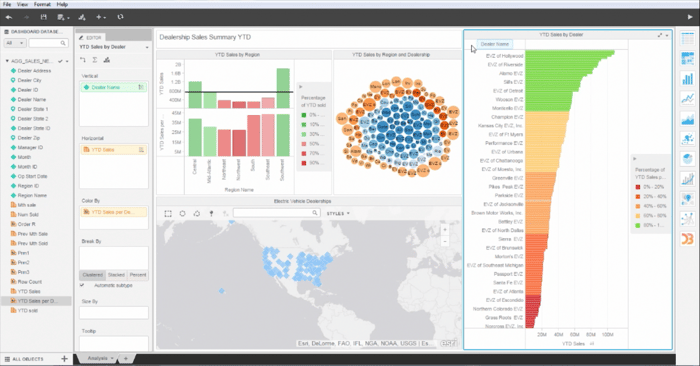 Shares of enterprise software company MicroStrategy (NASDAQ:MSTR) surged on Friday following a third-quarter report that easily beat analyst expectations. At 11:20 a.m. EDT, the stock was up about 13.5%.

MicroStrategy reported third-quarter revenue of $129.9 million, up just 0.3% year over year, but $3 million higher than the average analyst estimate. Revenue from product licenses grew 7.7% to $29.6 million, while subscription service revenue jumped 16.7% to $7.6 million. Product support, which accounts for the bulk of MicroStategy's revenue, grew 1.5% to $72.5 million, and revenue from other services sank 16.3% to $20.2 million.

EPS came in at $2.31, up from $2.06 during the prior-year period and $0.37 higher than analysts were expecting. The main reason for the jump in per-share earnings was a lower tax rate, which more than offset a slight decline in GAAP operating income. For the first nine months of 2016, EPS has dropped by 10% year over year.

Slight revenue growth and an earnings beat driven by a lower tax rate was enough to send the stock soaring on Friday. MicroStrategy CFO Phong Le expects the company to return to organic growth next year, with some bumpiness along the way:

"As we continue to work on transforming our business we expect continued quarterly unevenness in our key financial metrics. But we're optimistic that our changes would put us on the path to profitable organic growth in 2017."

With revenue and earnings down through the first nine months of this year, investors will be looking for tangible improvements in the coming quarters.