Companies that manage money are especially vulnerable to stock market cycles, and WisdomTree Investments (NASDAQ:WETF) is seeing firsthand the impact that an increase in volatility can have on income. Coming into Friday's third-quarter financial report, shareholders seemed to be fully prepared for huge declines in the company's main results. Yet even though the numbers it posted were similar to what most had expected, the stock took a tumble after the release. Let's take a closer look at WisdomTree's results, and why investors appear to be so nervous about the company. 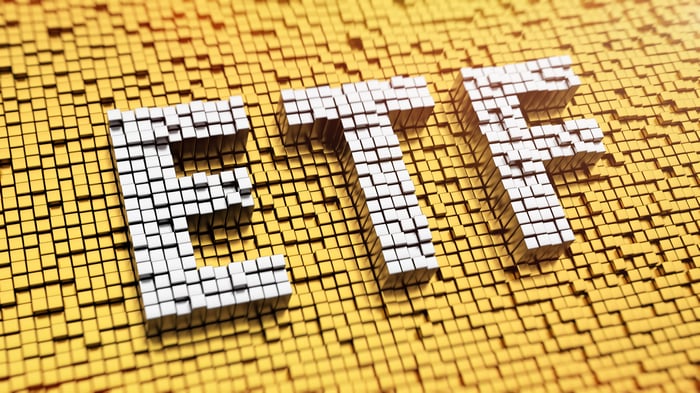 WisdomTree's Q3 results weren't pretty by any standards. Total revenue fell 36% to $51.8 million, which was almost exactly in line with what investors were expecting to see from the company. Net income dropped by nearly two-thirds to $8 million, and that produced earnings of $0.06 per share, matching the consensus forecast among those following the stock.

The company's key operational measures reflected the difficult market environment. Assets under management for its U.S. ETFs were down 29% from year-ago levels, coming in at $37.7 billion after another quarter of modest net outflows of $2.4 billion. In Europe, WisdomTree had more luck. Assets under management climbed by nearly half to $1.02 billion, but net inflows slowed to just $33 million during the quarter. Advisory fees eased downward by two hundredths of a percentage point to 0.51%.

Part of what saved WisdomTree from even greater declines in income was that it's doing a fairly good job of controlling costs. Total expenses fell 9%, with compensation and benefits dropping by more than a fifth because of reduced incentive-based compensation. However, fund management and administrative costs didn't fall very much, reflecting fixed costs that don't decline when assets under management do. Marketing costs were also flat from year-ago levels.

CEO Jonathan Steinberg noted that WisdomTree was working hard to try to capture more of the inflows into the U.S. stock market. "We continue to build upon strong U.S. equity flows despite experiencing outflows," Steinberg said, "as Japan and Europe exposures remained broadly out of favor."

What's ahead for WisdomTree?

Even with the tough conditions, Steinberg is looking forward to the future. In the CEO's words, "We stay focused on making the prudent investments required to compete in a rapidly changing global industry while being mindful of shareholder returns." In particular, WisdomTree thinks that the new fiduciary rule from the Department of Labor could increase adoption of ETF-based strategies that would help its business in the long run.

The nice thing is that even in a tough environment, its funds are still performing well compared to their peers. According to the company, 62% of WisdomTree's ETFs are outperforming their Morningstar average, demonstrating relative strength compared to their fund peers. More of the company's assets are concentrated in those outperforming funds: WisdomTree said that 74% of its ETF assets under management are held within those strong fund performers.

Nevertheless, the key will be for the company to develop funds that can hit popular areas of the market. That's particularly difficult when U.S. stocks are in favor, because there's already plenty of competition for domestic stock ETFs.

WisdomTree investors weren't happy with the report, and sent the stock lower; it ended the day down 7.5%. If international stocks remain under pressure compared to their U.S. counterparts, then it will take quick and decisive action from WisdomTree to come up with popular ETF ideas in order to attract assets to better-performing sectors of the global investment markets.