"This milestone marks the first time in history that a self-driving vehicle has shipped commercial cargo," said Anheuser-Busch InBev (NYSE:BUD) in an Oct. 25 press release, "making it a landmark achievement for self-driving technology, the state of Colorado, and the transportation industry."

If A-B InBev could deploy trucks like this for all of its deliveries, the company believes it could reduce fatalities on the road and save money thanks to more fuel-efficient driving and higher truck utilization.

But there were several caveats to this stunt. Indeed, the delivery arguably makes just as strong of a case for the hurdles to deploying this technology as it does for its recent progress.

Here are a few takeaways, which offer up some useful reality checks for investors, from A-B InBev and Uber's self-driving beer run.

This "self-driving" truck needed a driver

One critical caveat to this self-driving beer run is that the truck only navigated from highway on-ramp to highway off-ramp without the help of a driver. Since Otto's self-driving technology isn't suited for more complex urban areas with traffic lights, stop signs, and crosswalks, the driver was still critical to transporting the beer from one destination to the next.

The technology needs some work 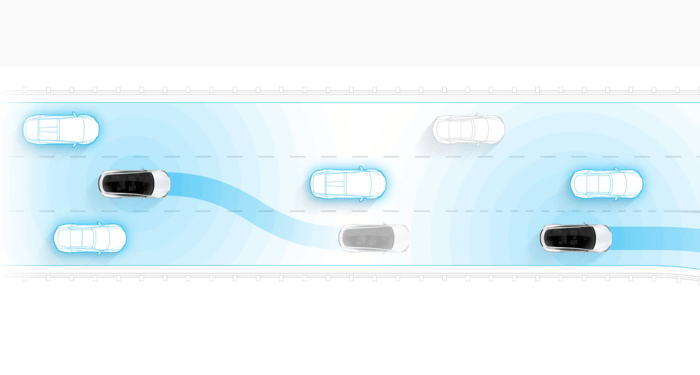 Unlike the way Tesla Motors' (NASDAQ:TSLA) autopilot technology and similar automatic-steering tech from other automakers only work with driver oversight, the truck truly drove itself on the highway, without any need for the driver to keep hands on the wheel. Indeed, once Otto's self-driving truck hit the highway and the driver put the truck in self-driving mode, the truck driver was able to relax in the sleeper cab.

Still, Otto co-founder and president Lior Ron admitted (via Bloomberg), "We are still in the development stages, iterating on the hardware and software."

In fact, to ensure the truck could make the delivery safely, Uber's Otto unit "spent two weeks scoping out the driving route from Fort Collins to Colorado Springs, carefully mapping the road to make sure the technology could handle it," Bloomberg said. "The team wanted the trip to take place in the early morning when traffic would be relatively light and on a day when the weather was clear."

Of course, a $30,000 add-on for a commercial vehicle aimed at dramatically improving safety and fuel efficiency could probably be justified by large companies like A-B InBev, but it's expensive enough to likely offset any savings for many commercial customers -- and definitely too expensive to be deployed in consumer vehicles.

Finally, one of the biggest holdups to self-driving technology is regulation. The Otto unit needed to receive explicit permission from Colorado regulators and arrange police supervision of the delivery, Bloomberg said.

In Tesla's most recent earnings call, CEO Elon Musk detailed the challenge of collecting relevant and convincing data and subsequently getting regulatory approval for self-driving technology:

While Uber's self-driving truck delivery does demonstrate the technology's potential, it also puts the spotlight on technological limitations, high costs, and regulatory hurdles.

There's still lots of work left before autonomous vehicles can go mainstream -- and before truck drivers need to start worrying about job security.