The global economy hasn't been kind to Cummins (NYSE:CMI), and the engine maker has had to take dramatic actions to try to shore up its business and make the most of its opportunities despite facing tough conditions. Coming into Tuesday's third-quarter financial report, Cummins investors were bracing for declines in revenue and net income. Cummins' numbers on the earnings front were a bit better than most had expected, but tough sales conditions were evident and aren't likely to get better in the near future. Let's take a closer look at the latest from Cummins and whether investors should have much hope for better times ahead. 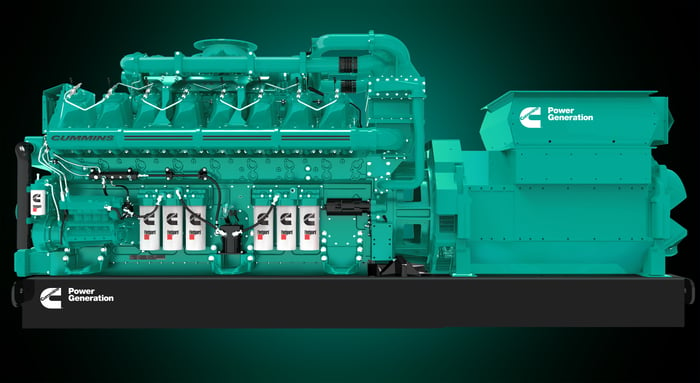 Is Cummins stalling out?

Cummins' third-quarter results revealed signs of just how tough the macroeconomic environment is for the engine manufacturer right now. Revenue dropped more than 9% to $4.19 billion, which was an even steeper drop than most of those following the stock had looked to see. Net income fell by nearly a quarter to $289 million, but even though the reported $1.72 per share in earnings was below the consensus forecast among investors for $1.96 per share, Cummins said that it suffered a $0.30 per share hit due to loss contingencies. On an adjusted basis, therefore, many saw Cummins as having beaten expectations.

Taking a closer look at how Cummins fared, the reversal of fortune in where the company brought in revenue continued. The once-strong North American market suffered a 13% decline in sales, while international markets were down just 3%. In China, Cummins managed to increase revenue, helping to offset declines in the Middle East and Africa. The company blamed lower truck production in North America and weakness in demand for power generation equipment internationally for the overall drop in revenue.

Cummins' key divisions were fairly weak across the board. The distribution business held up the best on the sales front, with segment revenue falling just 3%, but pre-tax operating income was down by more than a fifth. The components division suffered an 8% drop in sales but limited its profit decline to just 5%. Meanwhile, the engine segment and the power systems segment both saw their top lines fall double-digit percentages, and segment profit took hits as well. In particular, on-highway revenue for the engine segment fell 13% because of the pressure on heavy-duty and medium-duty truck production.

CEO Tom Linebarger discussed the difficulties that Cummins faces. "Due to the slow pace of growth in the global economy," Linebarger said, "we continue to face weak demand in a number of our most important markets." The CEO noted that restructuring and cost-containment initiatives are helping to offset the negative effects of lower revenue, and he was proud of the operational performance that Cummins has had recently.

When will Cummins start growing again?

Unfortunately, Cummins doesn't see any immediate relief from the industry's tough conditions. It now expects full-year 2016 sales to fall 9%, which is at the midpoint of its previous guidance range for an 8% to 10% decline. However, Cummins did cut its expectations from pre-tax operating margin, now predicting a figure of 11.3%, down from its previous range of 11.6% to 12.2%. The company blamed the cut on higher loss contingencies from a field campaign that Cummins decided to expand, addressing emissions issues connected with third-party after-treatment systems about which some customers have reported problems.

More importantly, the main downward impacts on Cummins' business don't appear likely to disappear anytime soon. The trucking industry is having its own problems, and that bodes ill for truck production, which is hitting both the core engine segment and the related components segment. Negative currency impacts have largely gone away as the dollar's strength wanes, but declines in organic sales on the distribution side of Cummins' business reflect the overall weak demand for its products overall. Meanwhile, power systems rely on healthy industrial sectors of the economy, and that strength hasn't been present, either.

Cummins investors weren't happy with the report, sending the stock down more than 3% in pre-market trading following the announcement. Until conditions in the industrial economy start to improve, it will be tough for Cummins to see a return to fundamental strength in its core businesses.