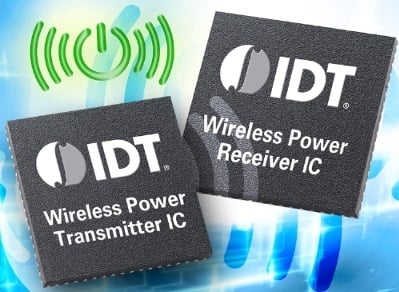 Shares of Integrated Device Technology Inc. (IDTI) were up 10.1% as of 2:00 p.m. EDT Tuesday after the mixed-signal solutions specialist announced mixed fiscal second-quarter 2017 results, and followed with encouraging guidance.

To be fair, IDT's bottom-line declines might not sound encouraging. But analysts, on average, were expecting the company to report adjusted earnings of only $0.33 per share, albeit on slightly higher revenue of $185.1 million.

For the current quarter, IDT expects revenue of $176 million, plus or minus $5 million. Curiously, that's below analysts' consensus estimates, which called for fiscal Q3 revenue of roughly $185.9 million.

But management also elaborated that two items, in particular, caused revenue guidance to be roughly $9 million lower than it would have been otherwise. The first, comprising around $6 million of that reduction, is the well-known cancellation of Samsung's Galaxy Note 7 program. IDT has no custom devices designed into the Note 7, removing any concerns over inventory writedowns. And most encouraging along this vein is that IDT anticipates the majority of its impact will occur in this quarter, with minimal negative consequences in future quarters and the affected wireless power business expected to return to growth in the March quarter.

The second, comprising the remaining $3 million of the reduction, was IDT's divestment of a small commodity crystal oscillator business during the quarter. According to IDT CEO Gregory Waters, "Sales from that business are in decline at very low margins, and not contributing to earnings per share."

That's fair enough, as it makes little sense to chase a small, declining source of incremental revenue if it comes at the expense of profitability. So in the end, despite IDT's revenue shortfalls, it's no surprise to see the market breathing a sigh of relief and bidding shares up today.