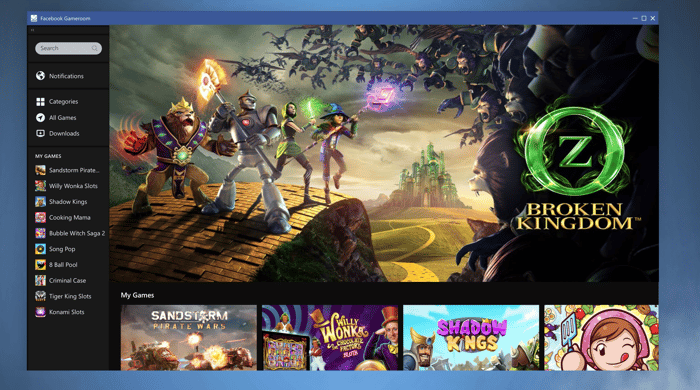 Do you remember when casual social gaming on Facebook (NASDAQ:FB) used to be a thing? For a while, it was a thriving platform for game developers to sell virtual tractors, but has mostly faded in importance as the company focused its efforts elsewhere. To be clear, casual social gaming is still very much a part of Facebook, which is represented in its payments segment, as stated in the company's 10-Q: "We have mandated the use of our Payments infrastructure for game applications on Facebook, and fees related to Payments are generated almost exclusively from games." It's just not as financially important anymore.

Payments revenue has been slowly trending down for years, representing a smaller and smaller part of the business as mobile ad sales skyrocket. It's now just 3% of revenue. 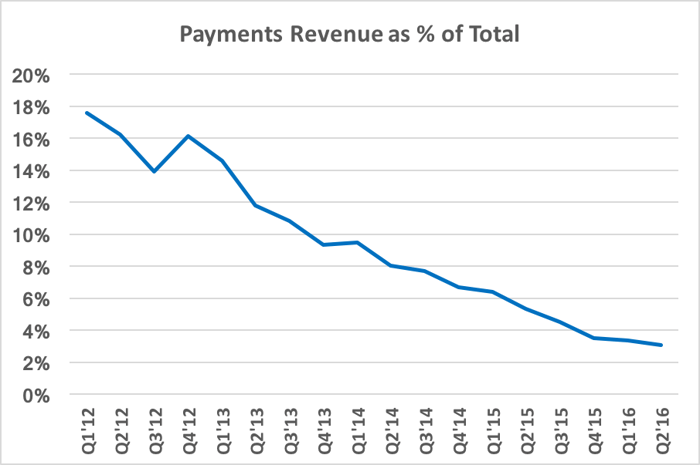 Well, Facebook is taking another shot at creating a gaming platform, and it's called Gameroom.

Should Steam be concerned?

Facebook announced the project in collaboration with Unity earlier this year, called Games Arcade at the time. The idea was to create an environment that is separate from the core Facebook platform, where the News Feed and notifications could distract a user from playing a game. The native client is a free download for PCs, and it will include both web-based games as well as native games that can be downloaded.

The company has rebranded the platform as Gameroom and launched it to the general public today. In a way, you can think of this as Facebook's attempt to challenge Steam in desktop PC gaming and distribution, but Facebook is again starting by targeting casual games that are smaller in size. Don't expect any blockbuster AAA games in Gameroom for a while. Considering the lackluster revenue figures, it may surprise you to learn that Facebook now has 650 million users that play games on a monthly basis, which is nearly 40% of its monthly active user base of 1.7 billion.

Steam doesn't regularly report monthly active users, but it does report concurrent users, which were nearly 12 million over the past 48 hours. Steam is still the place to go for hardcore gamers, who spend quite a bit more money and have little to no interest in virtual tractors.

The truth is that Gameroom isn't really a shot at Steam. It's more of the foundation for a future distribution platform that Facebook will need to build if it truly wants virtual reality (VR) adoption to rise in the years ahead. Right now, there is an undeniable user overlap, since Oculus Rift buyers tend to be hardcore niche gamers -- the type that use Steam regularly. Steam also includes VR content on its platform with support for Oculus Rift.

Facebook will need as many distribution platforms -- including its own -- as it can get if it wants mainstream virtual reality to become an actual reality. That's a common goal that Facebook and Steam share, so this is more coopetition than competition.