The market price for media content creators is on the rise. As telecommunications giants continue scooping up content plays in an effort to take over more of the value chain while fending off being relegated to dumb pipes, content companies are seeing themselves enjoy premium valuations. The biggest and most recent example is AT&T's (NYSE:T) current pending acquisition of Time Warner (NYSE:TWX), a massive $85.4 billion deal that was announced less than two weeks ago.

Ahead of that announcement, there were reports that Apple (NASDAQ:AAPL) had considered making an offer and had discussed possible business combinations with Time Warner, which owns HBO and CNN, among other valuable media assets. Speculating on Apple acquisitions is essentially an investing pastime at this point, and over the years many have suggested that Apple should acquire dominant online video streamer Netflix (NASDAQ:NFLX). Here's a recent argument in favor of such a deal by Stratechery analyst Ben Thompson.

Hopefully he doesn't mean that literally

Investors used to be able to rule out most acquisition speculation immediately based on the implied deal size, pointing to Apple's history of only making small, targeted acquisitions that were predicated on innovative technology that could be integrated into future products. The smaller, the better, as Apple would often subsequently shut down the target's business, since those revenue streams would be negligible relative to Apple's consolidated financials.

This has changed in recent years under CEO Tim Cook, who will no longer rule out a potential deal based on size provided that it's the right strategic fit. Cook has expressed this many times, most recently on the earnings call last month:

We are open to acquisitions of any size that are of strategic value where we can deliver better products to our customers and innovate more. And so we look at a whole variety of companies, and based on that, we choose whether to move forward or not. But we're definitely open and we definitely look.

The "any size" part is actually kind of terrifying, since the last thing I want as an Apple investor is for the company to start making Microsoft-esque blockbuster acquisitions that come back to attack the balance sheet. The largest acquisition that Apple has ever made was Beats for about $3 billion, which itself was about six times larger than any prior known acquisition. Now that larger deals are seemingly on the table, investors have to actually start considering the implications of any potential megadeal. When we start talking about massive media-related acquisitions in the U.S., how would Apple even consider paying for it?

For the record, Apple is not interested in getting into a bidding war over Time Warner, according to CNBC. The initial reports said Apple only had preliminary talks that never really proceeded in a meaningful way, either. AT&T doesn't have to worry about Apple cutting in here. But there are still other fish in the sea, such as aforementioned video streamer Netflix. 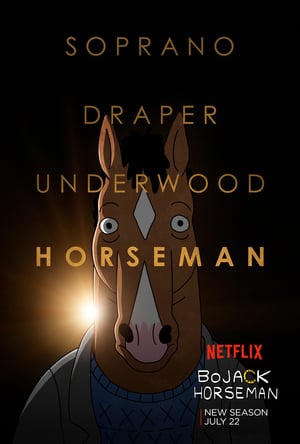 That $54 billion figure wouldn't include the $1 billion in debt that Netflix raised after the close of the quarter to fund original content production. The offering has no immediate impact on enterprise value, since the cash received will equal the debt issued, but as Netflix spends the cash that it received while maintaining that long-term debt, its enterprise value will rise even further. After the offering, Netflix should have about $3.4 billion in long-term debt.

Any acquisition of Netflix would conservatively cost at least $60 billion, and Apple doesn't have that kind of money laying around stateside. At the end of last quarter, Apple had "just" $21.6 billion in domestic cash, with the remaining $216 billion being held by foreign subsidiaries. So particularly for any potential U.S.-based deal of this magnitude, cash funding really isn't an option.

The other two options would be taking out a massive amount of debt to fund a megadeal, or doing an all-stock transaction. Neither sound appealing. For example, let's just say Apple needs $50 billion to do some deal.

Apple has been accumulating copious amounts of debt in order to fund its share repurchase program. If you also include commercial paper that Apple uses for working capital purposes, Apple now has $87 billion in total debt. The notion of Apple taking on another $50 billion in debt (which would itself be the largest debt offering in history) to pay for a megadeal does not sound realistic or attractive, even if Apple's balance sheet could theoretically handle it.

Conversely, issuing $50 billion in stock would also be a terrible idea. For starters, any acquirer that is highly confident in a deal should structure the deal in all cash, so that any subsequent value creation is fully captured by the acquirer and its shareholders. Structuring a deal with stock transfers some of the risk to the target and its shareholders, should the acquisition not work out well. More importantly, issuing that much stock would be extremely dilutive to shareholders. That amount would translate into over 450 million new shares, representing about 9% dilution relative to the current 5.39 billion shares outstanding. It would also negate much of the share repurchase program that Apple has aggressively implemented, where it has bought back $133 billion worth of stock over the past four years.

It's hard to fathom Apple making an acquisition of this size, jumping from a historical high price of $3 billion to anything even approaching $50 billion. But based on Cook's comments, we have to think it through now. The best-case scenario would be a tax repatriation holiday, which would allow Apple to refill its domestic coffers at low tax rates. Apple has been lobbying Congress for this for years, but even without it Cook might still repatriate billions of dollars next year, setting aside billions more for taxes.

If Apple doesn't repatriate and still wants to pursue some megadeal, it has to choose some combination of a bad option and a worse option.