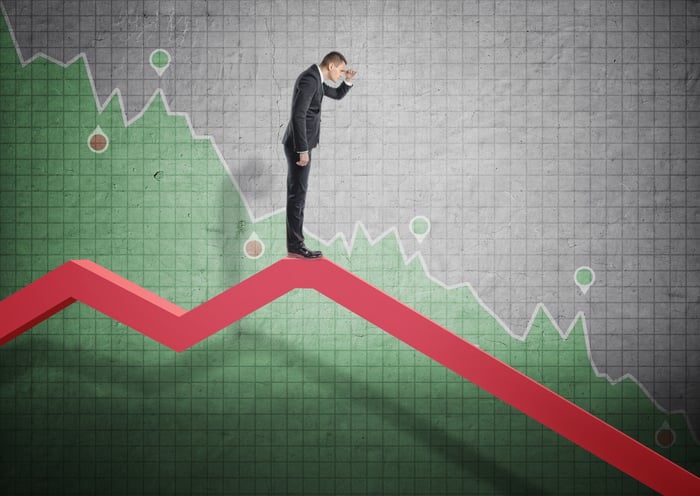 Generic-drug manufacturer Endo International (NASDAQ:ENDP) took a nosedive shortly after 2 p.m. EDT today, when news broke that the U.S. Department of Justice (DOJ) was probing over one dozen such companies. Shares ended the day down 19.5%.

Any company with major generic-drug manufacturing operations was feeling the heat today. That includes major players such as Teva Pharmaceutical Industries and Mylan, which both disclosed subpoenas, and lesser-known manufacturers such as Akorn (also falling on earnings) and Endo International. The DOJ probe began two years ago, includes over 12 companies, and involves about two dozen drugs. Specifically, the department is trying to determine if companies colluded on drug pricing, and could dole out fines by the end of 2016.

The good news is that many of these companies, including Endo International, sell many different drugs. That makes it unlikely that all of a single company's business would be significantly impacted if the DOJ probe singles out specific drugs. Forthcoming fines will hit cash balances, but investors don't know the details yet, so it's impossible to know which companies will bear the brunt of Lady Justice's wrath.

The bad news is that extra scrutiny over drug prices will drag down the entire industry. Worse, it looks increasingly likely that tougher regulations are about to be handed down. That's what investors seem to be factoring in today for generic-drug manufacturers, which could continue to head lower over the coming weeks and months. It could take significant momentum away from smaller companies with better growth potential, like Akorn and Endo International.

There really isn't much for investors to do except wait for the DOJ to release its findings. Given the number of companies and drugs being investigated, it seems likely that at least some companies will be affected immediately. If regulations get tougher on drug pricing and the rates of drug-price increases over the long term -- which, again, seems likely -- then the entire industry could take a hit. Investors may learn more when Endo International announces third-quarter 2016 earnings on Nov. 8.