Let me know if this sounds familiar: Large Asian consumer electronics company sees Apple, Inc.'s (NASDAQ:AAPL) rise and incredible success in the smartphone market, and vows to beat the Cupertino giant no matter what. That perfectly describes South Korean conglomerate Samsung's mentality at the start of the decade, but it now also encapsulates China's Huawei.

Reuters reported yesterday that Huawei CEO Richard Yu has aspirations of becoming the No. 2 smartphone manufacturer in the world, a spot currently occupied by Apple. Huawei isn't too far behind Apple, and is catching up.

Huawei only entered the smartphone market about four years ago, historically making its money on network equipment for telecommunications companies. Yu promised to keep up with Apple in terms of innovation, while also dropping some buzzwords that the company would also be pursuing.

The downside of obsession

Half a decade ago, Samsung became completely obsessed with beating Apple. Remember the internal memo circulated in September 2011 emphasized "Goal of next year-BEAT APPLE"? So much effort at the company was dedicated to beating the Cupertino company at its own game, even if that meant shamelessly replicating its products and designs. For example, as part of the patent infringement lawsuit, there was a 132-page document from March 2010 uncovered that was completely dedicated to copying the interface and software features of the iPhone for the Galaxy S1, which included "Directions for Improvement" on how to mimic Apple. 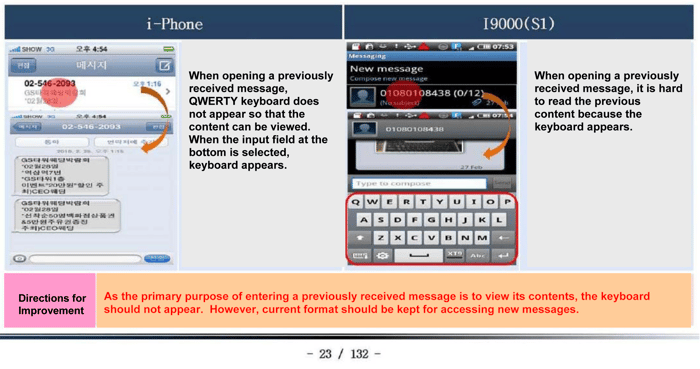 More recently, it's precisely this obsession with beating Apple that caused Samsung to cut corners and rush the Galaxy Note 7 to market in order to launch a month before the iPhone. We all know how that turned out.

Can Huawei become the next Samsung?

Samsung has known for quite some time that building a business that's based on really good hardware and little else is vulnerable, as it could be supplanted by the next big hardware player. Huawei has started to release some very strong phones in China, and is eyeing continued international expansion. This is why Samsung has tried very hard to expand its software capabilities, but it has little to show for it.

Headlines like "Huawei is the new Samsung" probably don't reassure the South Korean company much, either, but it's also a testament to Huawei's progress in entering the consumer smartphone market (even if Huawei is also using a copycat strategy).

The reality is that competing for unit market share is something of a meaningless beauty pageant. It's a title that doesn't actually speak to the underlying business, particularly if those volumes are being driven by low-margin, low-cost phones. BMO Capital Markets analyst Tim Long just released a research note estimating that Apple grabbed 104% of the smartphone industry's operating profits in the third quarter, meaning that everyone else collectively lost money on their phones.

If Apple can grab over 100% of the industry's profits with just 12.5% unit share, then I think it'll be just fine, even if Huawei one day overtakes Apple in unit volumes.