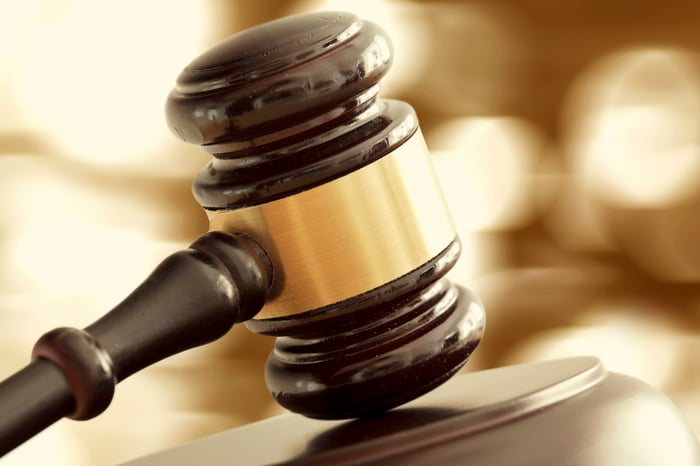 Shares of Coherus BioSciences (NASDAQ:CHRS), a clinical-stage biotech focused on biosimilar drugs, are down by 16% as of 2:22 p.m. EST on Monday after the company received disappointing news from the U.S. Patent and Trademark Office (USPTO).

Coherus stated that the Patent Trial and Appeal Board of the USPTO has denied its petition for inter partes review on one of AbbVie's (NYSE:ABBV) key formulation patents for its megablockbuster drug Humira (adalimumab). Coherus currently has a biosimilar version of Humira in phase 3 development and had previously announced its intentions to submit the drug for regulatory review in the U.S. before the end of the first quarter of 2017.

Denny Lanfear, Coherus' CEO, had this to say about the USPTO's ruling:

While we are disappointed by this outcome it is important to note that our long-standing strategy has been to develop and preserve multiple options pursuant to adalimumab formulation intellectual property. There are additional scientific and legal approaches available to address the various formulation intellectual property challenges, and all of the arguments raised in our IPR petition remain available in a District Court proceeding

He later went on to say that the company is committed to launching its Humira biosimilar drug candidate should it eventually win regulatory approval.

Shares of AbbVie are up more than 6% on the news.

Coherus' investors knew all along that is was going to be an uphill battle to bring a biosimilar version of Humira to market. After all, Humira currently accounts for more than 60% of AbbVie's total revenue and management had previously committed to growing sales of the drug beyond $18 billion by 2020. With the stakes so high, you can bet that AbbVie's management team will do everything in its power to keep biosimilar versions of the drug from stealing market share.

Coherus hasn't yet commented on how this ruling might adjust its development timeline, but it did announce that it will be holding a special conference call with investors later today to provide more details. Shareholders of both Coherus and AbbVie will want to listen in for clues as to what is next for this product candidate.