Republican Donald Trump beat Democratic opponent Hillary Clinton in yesterday's 2016 presidential election, and the decision of the American people as voiced through the Electoral College will have impacts on the businesses that make America's economy strong. Although the stock market's movements will undoubtedly be volatile today and in the days to come as investors fully digest the impact of the election results on the business world, the more important question for long-term investors to ask is whether the fundamental conditions that have supported various sectors of the economy will markedly change in the aftermath of Tuesday's vote. Below, we'll look at three sectors that will likely see the most fallout today and in the near future. 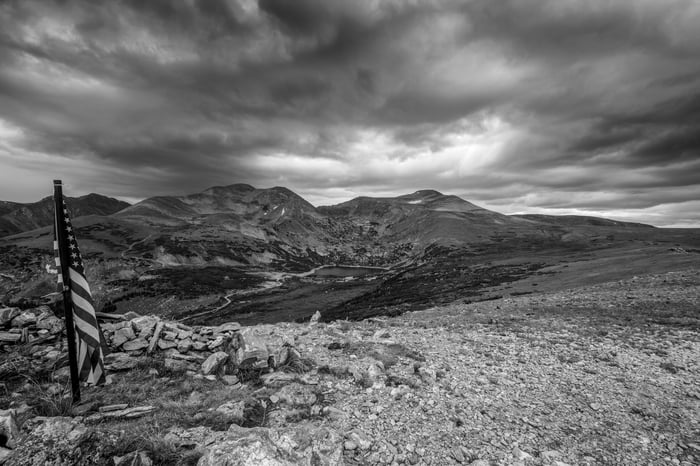 Trump has been an outspoken opponent of the Affordable Care Act, having said in one speech, "When we win on Nov. 8 and elect a Republican Congress, we will be able to immediately repeal and replace Obamacare." Investors in HCA Holdings (NYSE:HCA), Tenet Healthcare (NYSE:THC), and other hospital companies are already seeing their stocks fall by double-digit percentages in early morning trading, because investors fear that replacing the healthcare reform law would hurt their business.

Hospital companies like HCA and Tenet saw their business results improve in the wake of Obamacare because many of the formerly uninsured patients for which they had had to incur losses in treatment instead had health insurance coverage through the ACA's marketplace exchanges. The uncertainty going forward is whether Trump will seek simply to remove Obamacare entirely or replace it with something else that might offer an alternative funding source for patients to tap. If Trump's solution returns more people to the ranks of the uninsured, then HCA, Tenet, and their peers are likely to see their profits deteriorate until they can adapt to new conditions.

Clinton ran on a platform emphasizing the role that renewable energy could play in spurring economic growth. Trump, on the other hand, made several disparaging comments on renewable energy, saying that solar power is sporadic, expensive, and unreliable, and that wind turbines are ugly and are harmful to birds and other wildlife. In response, solar giants First Solar (NASDAQ:FSLR) and SunPower (NASDAQ:SPWR) were sharply lower in pre-market trading, with SunPower falling 14% an hour before the market opened.

One thing that renewable energy companies like First Solar and SunPower have going for them is that they have global markets to tap, and so even a major reversal of U.S. energy policy stemming from a Trump presidency wouldn't necessarily affect their international business prospects. Nevertheless, given the extent to which solar power in the U.S. is now supported by federal tax breaks and other subsidies, Trump would be in a position to threaten the business models that have sustained companies like SolarCity (NASDAQ:SCTY.DL) in its emphasis on the residential market. SunPower, First Solar, and companies that have larger-scale businesses will certainly feel an impact, but it won't necessarily be as catastrophic even if Trump moves aggressively to block renewable energy support going forward.

Donald Trump has made it clear that he supports more stringent regulation on immigration, most notably in his call to build a wall spanning the U.S.-Mexican border. The deterioration of trade relations between the U.S. and Mexico could have a harmful impact on companies that currently benefit from it, and that's a big reason why Mexican companies like cement giant Cemex (NYSE:CX) and telecom leader America Movil (NYSE:AMX) are seeing downward moves of 7% to 8% in early trading this morning.

Trump's trade threats have shown a desire to control trade more stringently, reducing the availability of free markets to international entrants. Cemex and America Movil might be able to divert their businesses away from U.S. sources toward other areas of the world, essentially replacing all or part of any lost business from heightened trade barriers. Yet U.S. companies doing business abroad could very well see similar problems if international trade partners retaliate against stricter U.S. trade policies by responding in kind. On the other hand, it's possible that a Trump administration would back off the rhetoric in the campaign, thereby having less of a negative impact on the Mexican economy and its most important companies.

Clinton's defeat to Donald Trump for the presidency will have impacts across the economy, and these three areas could see particularly strong fallout. Investors will have to wait to see how the president-elect's actual policies match up against his campaign comments in order to assess whether the actual hit to these companies' business prospects will be as large as many currently fear.