Shares of Sierra Wireless (NASDAQ:SWIR) jumped more than 15% last week after the Internet of Things pure-play handily beat expectations with its third-quarter 2016 results. Per usual, Sierra Wireless spent some time with analysts during its subsequent conference call to help shed light on not only what drove its business last quarter, but what to expect going forward. 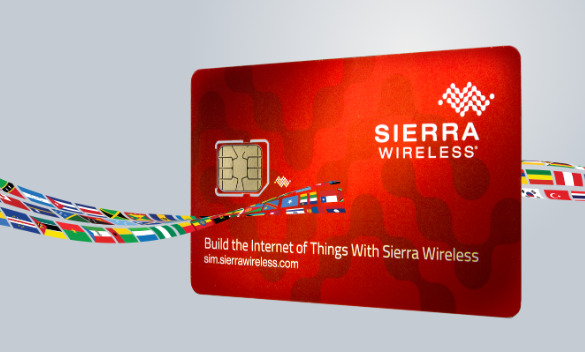 Customer acquisition activity was quite strong during the quarter as well as each of our business units win [sic] new programs and customers across a broad range of segments and regions. ... New customer acquisition activity was particularly strong in cloud and connectivity. -- Sierra Wireless CEO Jason Cohenour (all quotes credited to Seeking Alpha)

First, though Sierra Wireless' revenue exceeded expectations this quarter, it still declined 0.7% year over year, to $153.6 million. To blame for that decline, according to the company, was that expected softness from existing OEM Solutions segment customers, which was only partially offset by contributions from new customers and programs.

That's fair enough considering Sierra Wireless is still in the early stages of its long-term growth story, which means any hiccups from its existing small base of customers can have an outsized effect on overall growth. But as the company continues to win new customers for its smaller Enterprise Solutions business (where revenue rose 6.8% to $18.9 million) and Cloud and Connectivity (where sales climbed 10.7%, to $6.9 million), the resulting diversification should help smooth out its revenue streams and bolster growth going forward.

2. On an important new business acquisition

Next, investors should be encouraged that Sierra Wireless isn't afraid to supplement its organic growth and market position with contributions from acquisitions. This quarter, Sierra Wireless acquired Blue Creation for $6.5 million (or $3 million, net of cash acquired, plus a $0.5 million net cash consideration), expanding its short-range wireless capabilities and improving its strategic positioning with OEMs. Though Blue Creation isn't expected to have a significant financial impact on Sierra Wireless' top or bottom lines in the near future, it should more than pay for itself down the road.

3. Help from telecoms progressing the Internet of Things

Our new Cat-M1 and NB1 devices are cost optimized [to] deliver far broader coverage and consume much less power than conventional cellular devices. We believe that these critical attributes will significantly expand the IoT opportunity and the addressable market for cellular technologies. During Q4, we'll be working with AT&T, Verizon and leading OEMs to pilot the technology and early network deployments. -- Cohenour

Recall I wrote about Sierra Wireless' new partnership with AT&T in September, noting the two companies had struck an agreement to pilot next-gen LTE-M network technologies. We now know Verizon and several yet-to-be-named OEMs will join this fold in piloting Sierra Wireless' latest LTE-M tech, which -- relative to tranditional LTE -- offers lower costs for gateway modules to the LTE network, longer battery life, and superior LTE coverage in hard-to-reach areas. As such, Sierra Wireless hopes its LTE-M products will play a central role in enabling better LTE coverage for telecom and OEM customers who use industrial, Smart Cities, and wearable internet-connected products.

Our expectation of sequential year-over-year revenue growth in Q4 is based on overall stable demand from established OEM customers' continued growth from new OEM customer programs and improved revenue from Enterprise Solutions driven by organic growth plus the addition of a full quarter contribution from GenX. -- Sierra Wireless CFO David McLennan

More specifically, for the current (fourth) quarter, Sierra Wireless told investors to expect revenue of $157 million to $166 million, the midpoint of which represents 11.5% year-over-year growth. On the bottom line, Sierra Wireless anticipates adjusted earnings per share of $0.13 to $0.19, compared to adjusted earnings of $0.08 per share in the same year-ago period.

According to McLennan above, that revenue growth will be driven by a healthy combination of a stable existing core OEM business, new customer programs, and improvements at Enterprise Solutions complemented by sales from in-vehicle cellular device specialist GenX. GenX, for its part, was acquired by Sierra Wireless in August and chipped in $2.7 million in revenue last quarter.

Regarding our normal course issuer bid, the buyback program continues until its expiry date on February 8 of next year. And to date, we have purchased 554,000 shares under this program for a total of $6.2 million, and with today's share price, we would expect to be active with the buyback program during Q4. -- McLennan

For perspective, Sierra Wireless initially approved its normal course issuer bid -- which is essentially a kind of controlled share-repurchase authorization -- this past February, when macro-economic headwinds first began to negatively affect demand from certain OEM customers. Through that normal course issuer bid, Sierra Wireless had gained approval from the Toronto Stock Exchange to purchase and retire up to 3,149,199 common shares of stock -- or roughly 10% of its public float and 9.7% of common shares outstanding at the time -- with a daily ceiling of 25% of its average daily trading volume over the previous six months, equating to 22,269 common shares per day.

Based on McLennan's comments, simple arithmetic tells us Sierra Wireless has a cost basis of roughly $11.19 per share on those shares it has repurchased and retired, well below today's trading price above $15 per share. But considering today's price includes last week's big pop, and with the company's stock still more than 25% below its 52-week high set in June, it remains to be seen whether Sierra Wireless will be as active with its buyback program as management indicated during the call.

If one thing is sure, though, it's that Sierra Wireless management believed the stock was significantly undervalued despite its recent headwinds. As such, assuming it can sustain its recent business momentum, I won't be surprised if shares continue to climb from here.