Please ensure Javascript is enabled for purposes of website accessibility
Log In Help Join The Motley Fool
Free Article Join Over 1 Million Premium Members And Get More In-Depth Stock Guidance and Research
By Maxx Chatsko - Nov 12, 2016 at 10:17AM

His support for coal is well known, but what does his favorable stance on nuclear power mean for investors? 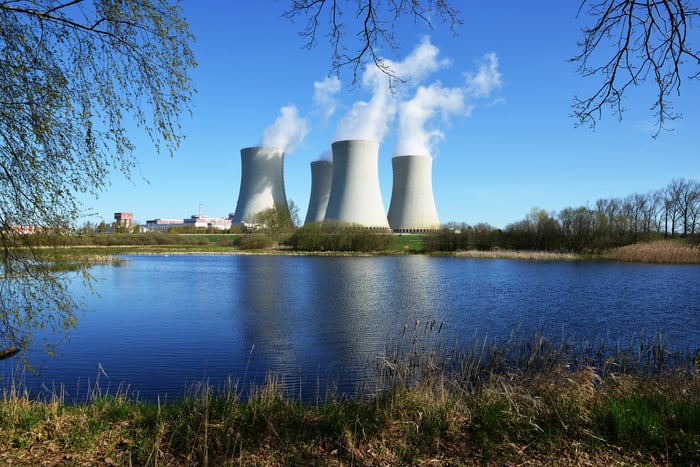 Donald Trump, who will become the 45th president of the United States in January, has strongly supported bringing back coal power plants to revitalize jobs throughout the Rust Belt. That has some individuals worrying over the climate implications of his presidency. But what may be less well-known is that he's also strongly in favor of expanding the footprint of the nation's largest single source of carbon-free energy: nuclear power.

After the Fukushima disaster in Japan in 2011, Trump stated when queried: "I'm in favor of nuclear energy, very strongly in favor of nuclear energy. If a plane goes down, people keep flying. If you get into an auto crash, people keep driving." While he may be more inclined to expand the use of natural gas, he has called for the nuclear permitting process -- one of the longest and most expensive parts of the process -- to be reformed.

That said, what would a Trump presidency mean for nuclear stocks such as Exelon (EXC 0.22%) and Southern Company (SO 0.79%), and the largest uranium mining stock in the world: Cameco Corporation (CCJ -0.65%)?

Nuclear power plant operators have struggled to compete with the rise of natural gas in recent years. There are a few reasonable market and non-market factors dictating that, which would have to change for President-elect Trump to reignite atomic energy.

First, natural gas power plants can be built much more quickly and cheaply than a new nuclear facility. Consider that Exelon, which is also the nation's largest producer of nuclear power, began construction on a new natural gas power plant in Texas in July 2015. The project will cost no more than $750 million, be completed by 2017, and generate 1,000 MW of power.

That handily beats progress for Southern Company's Vogtle 3 and Vogtle 4 nuclear reactors. Construction began in August 2009; it will cost at least $21 billion, won't be completed until 2019 and 2020, and will generate 2,200 MW of power. A lengthy permitting process, a series of costly delays, and labor disputes have increased the cost of the reactors -- as does the fact that they must be built on-site, whereas the natural gas turbines used by Exelon are partially assembled in a factory.
Second, natural gas power plants can be turned on and off to respond to grid demand. Nuclear power reactors run continuously for up to 18 months at a time. While that allows them to provide an important base load power source for the grid, it has forced them to operate at losses in certain regions, either because cheap (or negatively priced) renewables are dumping power to the grid, or because of higher fixed costs. 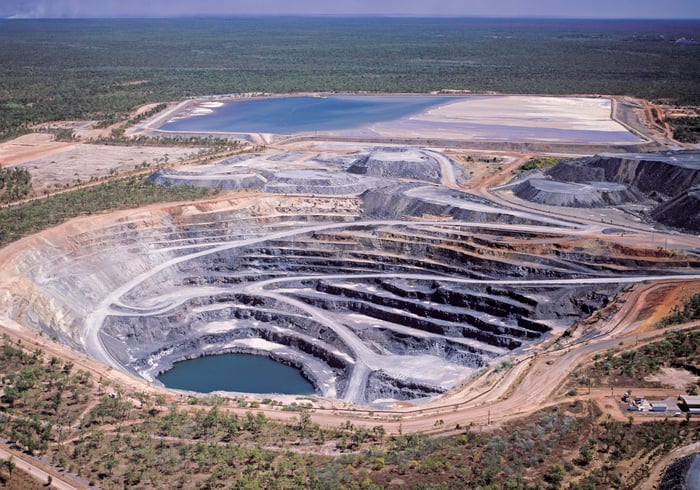 It will be difficult for any president to overcome those market realities for nuclear energy. However, Trump's willingness to reform non-market factors such as the licensing and permitting processes could provide a boost for the technology. That likely won't be enough to make traditional nuclear reactors -- the big, bulky reactors already in existence -- more competitive, but it could expedite the arrival of next-generation nuclear reactors such as General Electric Hitachi's PRISM, which Southern Company is now helping to commercialize.

PRISM is smaller, meaning it will be cheaper and can be assembled in a factory. It can consume used nuclear fuel to generate electricity, taking care of another major problem for the federal government, which owns all of the country's nuclear waste. And the design incorporates a passive safety system, which can shut down the reactor automatically when the temperature exceeds a certain level. The current licensing and permitting processes aren't well-suited for evaluating the next-generation reactors in development. Reform may help them reach market -- and begin addressing emissions -- sooner.

Of course, an American nuclear renaissance would be great news for Cameco Corporation, which accounts for 18% of global uranium production. The company produced 28.4 million pounds of uranium in 2015 and has another 418 million pounds of reserves. The problem in recent years has been a lack of enthusiasm for nuclear energy. That has tanked average selling prices and volumes, which has dragged heavily on Cameco Corporation's financial performance. More nuclear power plants would mean a reversal of an unfortunate trend for the company and its shareholders.

While new construction is important for the long-term health of the industry, keeping existing nuclear power plants operational is equally important. That has become a serious issue for the industry, which in recent years has closed or has announced plans to close over one dozen reactors in the United States. Exelon has fought hard to have its nuclear generation be rewarded by state incentives for clean energy, which currently only favor wind and solar. I've explained why the latter is a bad idea, but the company has faced mixed results. Unfortunately, it won't get any easier since Trump is not very supportive of clean energy subsidies.

Illinois, where Exelon has most of its operations and provides over 48% of the state's total electricity, has balked at rewriting its incentives structure to include nuclear power. The company responded by announcing plans to close two reactors that contribute over 12% of the state's total electricity. While that is forcing legislators to have second thoughts, so far, it hasn't resulted in changed policies. The news was partially blunted by news that New York was more than happy to provide clean energy subsidies for nuclear power -- and Exelon quickly announced investments and upgrades in generation within the state.

A Trump presidency wouldn't be great for nuclear operators trying to earn even modest subsidies, but to date, the power to hand out incentives -- or not -- has resided with state legislators. That means it may not have much of an effect either way for investors.

It should be noted that Trump has yet to formalize an energy policy. Past remarks suggest he is in favor of coal, natural gas, and nuclear. However, while certain policies could help here and there, it will be difficult to compete with the momentum of the market factors already powering the industry into the future. That makes it likely that natural gas -- and even renewables -- will continue to make the biggest gains within the grid. But nuclear energy still has a fighting chance.