Silicon Valley is known as the "cradle of innovation," where tech giants Apple and Alphabet's (NASDAQ:GOOG) (NASDAQ:GOOGL) Google were born. But for every great success story, there are countless flops. Let's take a look back at some of the most memorable disasters. 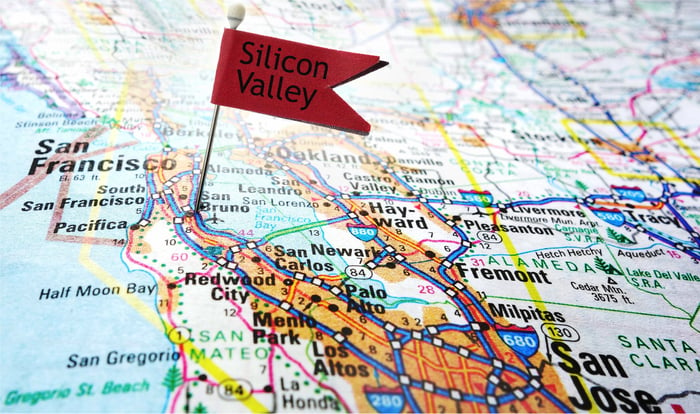 Solyndra designed, manufactured, and sold solar power systems consisting of panels and mounting hardware for low-slope commercial rooftops. Solyndra claimed that its unique cylindrical panels, which captured sunlight from multiple directions, could be packed more closely together than traditional solar panels to generate more electricity per rooftop on an annual basis.

It started deploying demonstration systems in 2006 and eventually installed over 1,000 systems worldwide which were generating nearly 100 megawatts of power. Solyndra's potentially game-changing technology attracted over $1 billion in venture capital funding and a $535 million loan guarantee from the Department of Energy in 2009.

Better Place, a Silicon Valley company which ran most of its business in Israel, developed battery-charging and battery-switching services for electric vehicles. This was a forward-thinking concept, but it required entire countries to adopt its technology.

The company initially established toeholds in Israel and Denmark, and it installed its first systems in a batch of Renault's Fluence Z.E. EVs. However, those programs were plagued by delays, and the company spent far too much money trying to run pilots in additional countries.

In 2012, Tesla Motors (NASDAQ:TSLA) launched its Supercharger network, which offered free charging (recently turned into a paid service) for Tesla owners. Energy giant NRG Energy also launched EVgo, a per-minute or per-hour EV charging service. These stations were built atop NRG's electric grids via partnerships with gas stations, restaurants, and convenience stores. It eventually became clear that Better Place couldn't hold a candle against these bigger rivals. In 2013, it declared bankruptcy after burning through all $850 million of its funding. 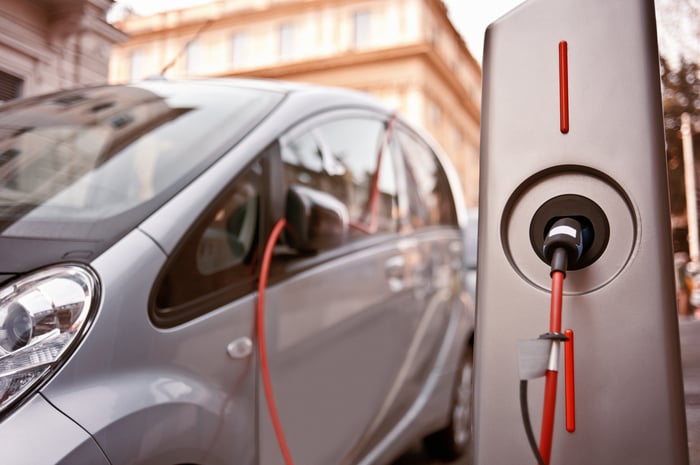 Webvan, an online grocery delivery service, was founded in 1996. The company, which pledged to deliver products to customers' homes within 30 minutes, was initially popular and reached 10 major U.S. cities. Webvan attracted $800 million in funding with that growth and claimed that it could eventually reach 26 cities.

The fatal flaw in Webvan's plan was that it tried to build its entire infrastructure of warehouses and delivery networks from scratch. It placed a $1 billion order from engineering company Bechtel to build state-of-the-art warehouses worth $30 million each. However, those infrastructure expenses completely outpaced the company's revenue growth, and it went bankrupt in 2001.

Amazon.com (NASDAQ:AMZN) eventually bought and resurrected the brand in 2009. However, Webvan's demise offered a valuable lesson to the tech companies expanding into grocery delivery services today -- to partner with brick-and-mortar stores instead of building warehouses from scratch. That's why AmazonFresh and Google Express now employ contracted drivers to deliver products from partnered grocers.

Pets.com, which was founded in 1998, sold pet supplies to customers over the internet. The idea, which seemed sound amid the dot-com boom of the late 1990s, attracted about $300 million in funding. But like Webvan, Pets.com never balanced its logistics expenses with adequate sales growth.

Many pet supplies, like dog food and cat litter, were simply too heavy and expensive to ship. It made little sense to pay extra shipping costs and wait for deliveries when they could simply be purchased at a lower price from any supermarket. The company also failed to sell enough higher-margin products such as pet toys.

Pets.com then resorted to steep discounts and aggressive marketing to attract customers, which resulted in an unsustainable cash-burn rate. During its first fiscal year, Pets.com spent a whopping $11.8 million on advertising, although it reportedly generated only $619,000 in revenue. By 2000, it ran out of money and is now remembered as the poster boy of dot-com failures -- thanks to its famous sock-puppet Super Bowl ad.

These four costly failures indicate that start-ups often fumble a good idea with poor timing and management. Solyndra overestimated the appeal of its technology while underestimating the commoditization of the silicon solar cell market. Better Place flopped because it couldn't leverage the strength of a core business -- like Tesla's cars or NRG's electric grid -- to scale up its EV charging network. Webvan and Pets.com both failed because of logistics problems and undisciplined spending.

But those failures also offered other tech companies valuable lessons. SolarCity (NASDAQ:SCTY.DL), which now leases Solyndra's former manufacturing plant, is developing new high-efficiency silicon-based cells instead of using Solyndra's CIGS tech. Amazon, wary of the logistics issues which killed Webvan and Pets.com, has taken drastic steps -- such as installing robots in warehouses, signing air carrier agreements, and launching drones -- to keep expenses under control. Therefore, flops are inevitable, but they serve as a foundation for their successors to develop sustainable businesses upon.