Many investors generally see stocks tripling as a long-term goal. But some stocks can also triple within a single year. Let's examine three tech stocks which tripled investors' investments over the past year, and whether or not they still have room to run. 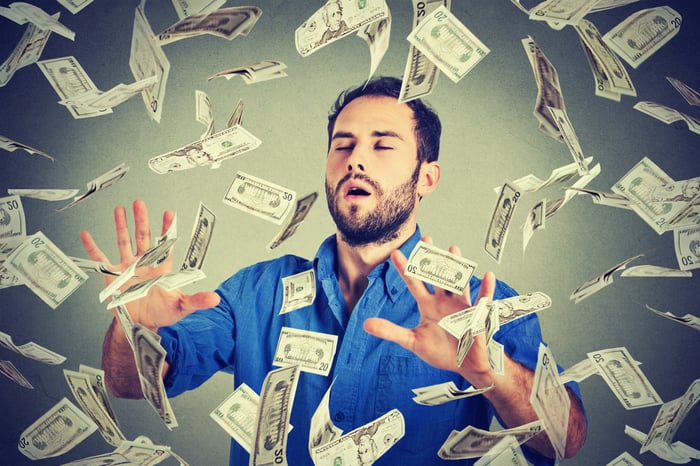 If you had bought shares of AMD (NASDAQ:AMD) when the stock dipped below $2 per share in February, you would have more than tripled your initial investment in just nine months. That's because the chipmaker staged a remarkable turnaround over the past year on the strength of its EESC (Enterprise, Embedded, and Semi-Custom) business, which was bolstered by robust sales of its semi-custom SoC for PS4s and Xbox Ones. Those sales are expected to keep rising on console upgrades like the PS4 Slim, PS4 Pro, Xbox One S, and Xbox Scorpio.

In the second quarter this year, AMD posted its first quarter of annual revenue growth since 2014. It followed up that 9% growth with 23% growth in the third quarter, and anticipates 6% sales growth for the full year. AMD returned to quarterly GAAP profitability during the second quarter, and non-GAAP profitability during the third quarter.

AMD is also pushing back against Nvidia in the low-end "VR ready" GPU market with the Polaris-based RX 480, and plans to target the high-end market with its next-gen Vega GPUs in the near future. Although AMD remains a distant underdog to Intel in the CPU market, it plans to counter the market leader with its upcoming Zen CPUs.

Oclaro (NASDAQ:OCLR) is a manufacturer of optical components, modules, and subsystems for the service provider, enterprise, and data center markets. If you had bought shares of Oclaro last October when it hovered around $2, you would have quadrupled your initial investment.

Oclaro directly benefits from the rising bandwidth needs of streaming video, cloud computing, application virtualization, and other data-intensive applications. That rising demand boosted its revenue by 55% annually last quarter, compared to 52% growth in the previous quarter and a 2% decline in the prior-year quarter. Most of that growth was fueled by growth in its "100G and beyond" portfolio of high-speed solutions, where sales rose roughly 20% annually for the fifth straight quarter.

On the bottom line, Oclaro's non-GAAP net income rose from a net loss of $1.6 million to net income of $20 million between the first quarters of 2015 and 2016. It also reported GAAP net income of $3.4 million during the quarter, versus a loss of $3.5 million a year ago. Analysts expect that growth to continue, with revenue and non-GAAP earnings expect to respectively rise 44% and 206% this year.

Weibo (NASDAQ:WB), commonly referred to as "China's Twitter (NYSE:TWTR)," has more than tripled in value since last October. That explosive growth can be attributed to its rapid growth in monthly active users (MAUs), which grew 33% annually to 282 million last quarter, compared to 36% growth in the prior-year quarter. The company -- which is owned by online media giant Sina (NASDAQ:SINA) -- has posted triple and double-digit sales growth in every quarter since its IPO in April 2014, and analysts expect its sales to rise 33% this year, compared to 43% growth in 2015.

Investors should always remember that past performance doesn't guarantee future returns. However, AMD is still in turnaround mode, while Oclaro and Weibo still seem to be firing on all cylinders. Therefore, I believe that these stocks could still have room to run, despite having more than tripled investors' cash over the past year.