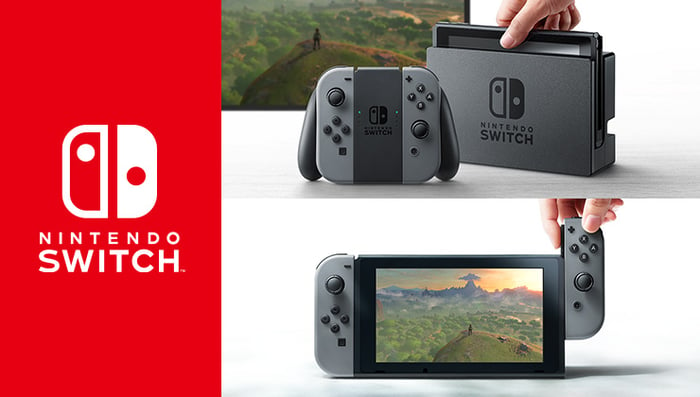 Nintendo (OTC:NTDOY) is aiming to bridge the handheld and home console gaming spaces with its recently unveiled Switch system, a platform that can be connected to a television and undocked for on-the-go use. The hybrid platform is a bold move from the company as it faces major challenges to its traditional business, and the extent to which the project is successful will have a big impact on the gaming giant's future.

While the company's recent success in mobile and plans to ramp up development for smartphones and tablets point to exciting growth avenues, Nintendo's business is still heavily dependent on controlling its own platform ecosystem and it derives roughly half of its revenues from hardware sales. With combined sales of its Wii U and 3DS gaming platforms on track to come up more than 150 million units short of combined sales for the Wii and DS platforms, Nintendo needs a turnraround hit in the hardware space.

The upcoming platform has plenty of potential, and Nintendo still makes some of the best games in the business, but certain design choices could drive away publishers such as Activision Blizzard (NASDAQ:ATVI) and Electronic Arts (NASDAQ:EA). Without strong support from third parties, Nintendo's new platform faces an uphill battle.

Another media format blunder from Nintendo?

Nintendo has a history of making media format choices that have hurt third-party support for its gaming platforms, and it looks as if the Switch could be hampered by similar issues. Unlike Sony's PlayStation 4 and Microsoft's Xbox One, which use Blu-ray discs for game storage, the Switch will use flash cartridges for its games -- a move that comes with distinct pros and cons. On the positive side, using cartridges should allow for much shorter load times. The decision also makes the Switch's portability much more feasible, as optical drives are power consumption-heavy and can be easily broken. Unfortunately, that's where the positives might end.

The cost of cartridges has come down substantially in recent years. However, they still cost more than optical discs, which means that releasing games on the Switch could be less profitable than on other consoles. Given the importance of minimizing piracy and Nintendo's history of using its own formats for its consoles, it's likely that the system will use a proprietary variation on flash storage technology. That's a move that would probably add to expenses. If Nintendo can't keep the cost of cartridges low for publishers, the company could once again find its gaming hardware without third-party support, and that would probably affect hardware sales.

More troubling than the use of cartridges is what the Switch's status as a console-handheld hybrid suggests in an era when big publishers are counting on the benefits of high-margin digital sales to recoup development costs and drive profits. Both the PlayStation 4 and Xbox One ship in versions featuring 500-gigabyte and 1-terabyte hard drives, with substantial storage space being needed to accommodate the large file sizes of today's triple-A titles.

It's unlikely that Nintendo's Switch will have comparable on-board storage -- at least when it's being used as a portable. At 256 gigabytes, the most storage-heavy version of Apple's iPad presents an indication of what the upper range of the Switch's onboard storage might be, and even that much hard-drive or flash space is unlikely if Nintendo wants to keep the cost of the device down. Many analysts are expecting the Switch to have just 32 gigabytes of storage. With modern games typically sized at around 50 gigabytes and many downloadable content add-ons also carrying large file sizes, there could be obstacles to selling digital content on the Switch.

Looking at two of 2016's biggest releases, EA's Battlefield 1 is sized at roughly 43 gigabytes, while the special-edition versions of Activision's Call of Duty: Infinite Warfare require a whopping 130 gigabytes of storage. These sizes can be accommodated by modern flash cards, though early reports suggest that the standard Switch cartridge will be sized at 16 gigabytes, but they present big obstacles to digital sales in the absence of substantial on-board storage space.

This company should love Nintendo's direction with the Switch

The Switch console's being light on storage could be great news for GameStop (NYSE:GME), which is threatened by the ongoing growth of digital sales. The 2015 fiscal year saw 31% of the company's sales come from new software sales, so having fewer users opting to buy digitally on Nintendo's console would play in the retailer's favor.

In addition to competing with the retailer for new game sales, the move to digital also hampers its hugely profitable used-game business. The previous fiscal year saw 25.4% of sales and 38% of net profits generated from used-video game sales, and anything that slows the transition to digital and keeps used software circulating should benefit GameStop.

With just months to go before the Switch's launch in March, there's still a great deal left to be revealed about the console, and Nintendo might still have workarounds for some of the format and storage issues that would seem likely to discourage third parties. The picture should become clearer when the company releases more details about the platform at a press event scheduled for Jan. 12.