When Walt Disney (NYSE:DIS) reported fourth-quarter results last week, the stock went for a bit of a roller coaster ride in after-hours trading. Worse-than-expected results from the company's media networks business initially sparked a sell-off, but shares rose nearly 3% after management expressed bullishness for the segment.

As investors digest the earnings report, here's a close look at some of the most insightful takeaways from the quarter.

Disney is growing where it counts: Importantly, Disney's earnings per share was up 16% year over year. The $5.73 per share the company earned was a record for the company. This solid EPS growth, paired with the inherent sustainability of Disney's business, continues to make the stock's price-to-earnings ratio of 17 look conservative.

Share repurchases are driving EPS higher: Disney's ongoing share repurchase program played a significant role in the company's EPS growth in Q4. This is evident in the gaping difference between Disney's 17% year-over-year EPS growth and its 10% net income growth during the same period. By reducing shares outstanding between the fourth fiscal quarter of last year and Disney's fourth quarter this year, EPS benefited. Management isn't worried about ESPN: Despite clear headwinds in Disney's media networks business, Disney CEO Bob Iger said during the company's earnings call that the company is taking "a more bullish position on the future of ESPN's [subscriber] base."

Iger went on to explain he believed that, "to some extent," causes for declining subscribers "have abated." The launch of new digital services for ESPN, such as new over-the-top pay TV providers like DirecTV NOW, "are going to offer ESPN opportunities that they haven't had before to reach more people," Iger explained.

Expect "modest" earnings growth next year: As Disney goes into 2017, management notably forecasted "modest EPS growth" even as the company's studio entertainment segment faces off against some very tough comparisons. Management noted its parks and resorts segment, in particular, is "positioned for continued growth in 2017 due in part to the opening of Avatar Land at Walt Disney World and a full year of results from Shanghai Disney Resort." 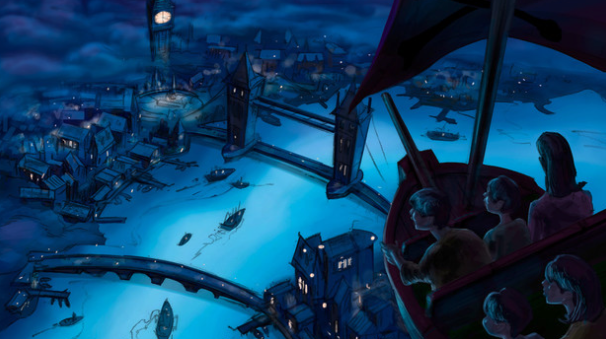 Management anticipates "more robust" earnings after 2017: Looking out to "fiscal 2018 and beyond," management said it expects a 2018-slate of four new Marvel movies, three new animated films, and two new Star Wars releases will give EPS a further boost.

While investors should continue to keep an eye on ESPN in the coming quarters, there's no reason to be concerned yet. A conservative stock price, Disney's existing content, and the company's ability to consistently generate studio and cable content, more than make up for worries that could easily prove to be shortsighted anyway.