The resort hopes high rollers can make up for the shortfall from the mass-market audience.

After realizing it made a big mistake in not installing any VIP gaming tables at its Studio City casino when it opened a year ago, Melco Crown Entertainment (MLCO 9.86%) finally began operating in-house and junket rooms at the resort earlier this month.

The tiny gambling enclave is the only place in China where it's legal to gamble, but it has been struggling to recover from a two-year slump in revenue after Beijing cracked down on corruption and sought to stem the outflow of money from the country. It's also trying to transform itself into a tourist destination like Las Vegas after President Xi Jinping ordered Macau to focus less on VIP gamblers and more on mass-market entertainment.

Cards are on the table

When Melco Crown opened Studio City in October 2015, it embraced the edict with both arms by erecting the world's highest figure-eight Ferris wheel, installing a 4-D Batman flight simulator, offering magic shows, and other forms of non-gaming entertainment. Most controversially, it also chose not to have any VIP gaming rooms whatsoever, a move Melco co-chairman and CEO Lawrence Ho said at the time was a "business decision" based on the casino only receiving an allocation of 200 gaming tables from regulators.

As part of the mandate to change the focus of Macau from high rollers to family-friendly entertainment, regulators imposed a 3% limit on the growth in gaming tables each year. Thus, although Melco applied for 400 tables for Studio City, it was only awarded half that number, the same amount Galaxy Entertainment (GXYEF -8.40%) got for its City of Dreams expansion that also opened last year.

When both Wynn Resorts (WYNN 4.36%) and Las Vegas Sands (LVS 1.11%) opened their new resorts recently, their table game awards were even more restricted: They got just 100 tables each with the promise of only 25 more to be granted next year and the year after.

But Melco Crown Entertainment's decision to forego any VIP tables was unique in the industry, and Studio City's results as an outgrowth of that "business decision" showed its effect.

Medco Crown's third-quarter earnings report earlier this month showed Macau property earnings before interest, taxes, depreciation and amortization increased by 15% to $244 million, whiles margins expanded almost 200 basis points sequentially to approximately 24%, largely because of an increase in mass revenue at Studio City. But Ho admitted the casino was still a disappointment and has failed to live up to expectations. It's why in June the casino operator's COO said it decided to backtrack on having no VIP tables installed because "we internally are not very satisfied with the current condition" of Studio City. 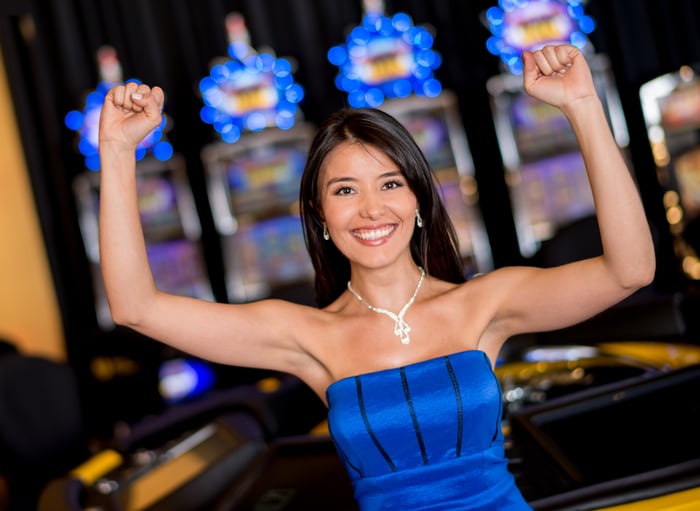 Ho remains hopeful that now with the decision made to add VIP tables at Studio City, there is still "a lot of ramp to go" in its operations. Starting this month, the resort will have 33 VIP tables in play, two-thirds of which will be allotted to junket operators Suncity Group and Tak Chun Group with the rest being run in-house.

Will it be enough, is the question. Both Wynn and Sands have VIP tables at their new casinos -- even more than they were assigned since they shuffled in tables from their existing casinos -- but the results are decidedly mixed.

Wynn Palace revenue was $164.6 million, contributing to an 11% increase in net revenue of $1.11 billion, but it came at the expense of revenue at the existing Wynn Macau, which saw revenue fall by $67 million. Essentially its new resort is cannibalizing the older one.

Conversely, Las Vegas Sands enjoyed a nice pop at its new Parisian, reporting a 19% increase in visitors to its Macau properties and a $19.2 million in adjusted EBITDA for the 18 days the Parisian was open during the quarter.

And that may explain the difference between the two casinos. The Palace got a big boost when it first opened its doors, but then the excitement apparently faded as gamblers moved onto the new new thing in the city, the Parisian. Next quarter, when both properties are open for the full period, will be the test. 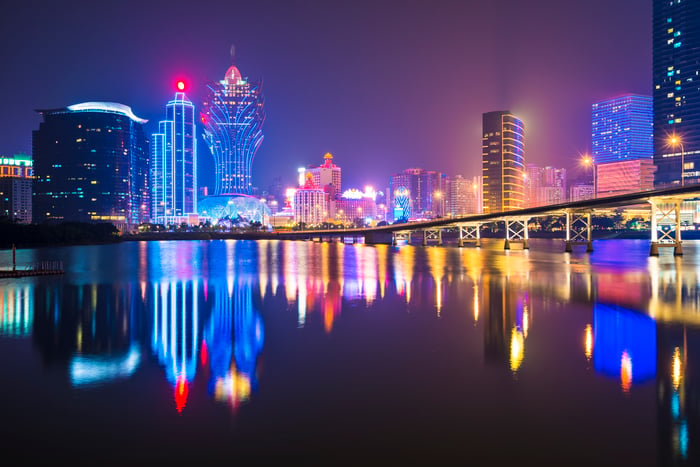 And that will indicate whether adding VIP tables at Studio City will help Melco Crown as well, but it's tough. Regulators just issued a very conservative outlook for next year, anticipating gaming revenue will come in 13% below what analysts were forecasting, which means they'll be basically flat for what is expected this year.

It's much too early to tell if Macau is really rebounding or only got a brief bounce from new resorts opening and a national holiday, meaning we won't know how well Melco Crown Entertainment will fare for some time to come. VIP gaming tables may kick-start the casino or business may still come up short for the resort.

Why Melco Resorts Stock Was a Lousy Bet Today
356%