Check out our top five stock picks in metals and mining.

Zinc prices recently touched an eight-year high, which marks a stunning 90% surge off the bottom earlier this year. Fueling the rebound is rising demand amid tightening supplies, thanks in part to Donald Trump's stunning White House win and the likelihood that he'll move forward with a plan to spend $1 trillion on infrastructure over the next decade, driving incremental demand for zinc. That said, while this rally has already been a boon for zinc mining companies, investors still have plenty of opportunities to profit from zinc if they know where to look.

The reason zinc prices have rocketed higher in recent weeks is that zinc is an essential metal for the construction industry. For example, the steel industry uses zinc to galvanize steel and protect it from weather and corrosion. The material is also used to produce brass and bronze, as well as in die-casting to make several metal products. Beyond that, zinc can be used to increase crop yields and quality, and it is an essential nutrient for human development and disease prevention. 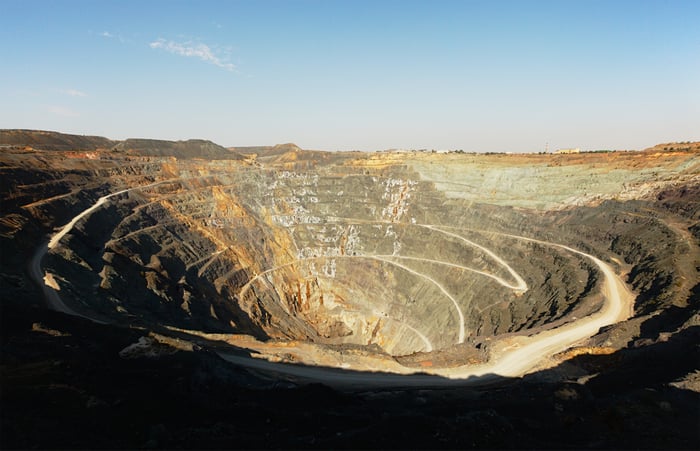 Despite those benefits, zinc does not often garner much attention in the investor community. That is partially because it ranks behind iron ore, aluminum, and copper in terms of industrial demand. Another problem is that there are a limited number of zinc companies because most of the top producers trade on foreign exchanges, while other top miners produce it as a by-product of mining other metals. That said, investors are not without options, because there are three solid zinc miners that not only trade on the major exchanges but pull in a meaningful amount of revenue from the metal's production: Teck Resources (NYSE:TECK), Hecla Mining (NYSE:HL), and Hudbay Minerals (NYSE:HBM).

Teck Resources currently operates three primary zinc mines in North America, including two of the five largest zinc mines in the world. Because of that, it is the third largest global zinc producer. Further, those mines still have plenty of zinc left, with the company estimating that it has a reserve life of 15 years at current production rates. While the company is not investing any capital to grow its zinc output at the moment, it does have several zinc growth projects in the pipeline to drive future growth.

In the medium term, the company's growth options include the Trail No. 2 Acid Plant, the Anarraaq satellite deposit at Red Dog, as well as the zinc-copper Antamina Brownfield project. Meanwhile, future options include the San Nicolas copper-zinc prospect, the Cirque deposit, and additional Red Dog satellite deposits. Suffice it to say, when the global markets need more zinc, Teck Resources has ample resources to meet those needs, making it an excellent option for long-term zinc investors.

A healthy dose of zinc exposure

While Hudbay Minerals is primarily a copper company, zinc is its second largest product, supplying about 20% of its annual revenue. It has also been an important growth driver, given that Hudbay Minerals' zinc production is up 35% since 2014 thanks in part to increasing grades at its two primary zinc mines, the Lalor zinc-gold mine and the 777 copper-zinc mine, which are both in Manitoba. These properties provide the company with meaningful long-term upside to the price of zinc, especially Lalor, which still has 15 years of mine life left.

Silver and gold with a dash of zinc

Hecla Mining is known more for its silver production as it is the largest silver producer in the U.S. That said, it is also the third largest zinc producer in the country thanks to the output received from its Greens Creek and Lucky Friday mines. While the company's zinc output is roughly flat over the past year, Hecla does have upside as it continues to expand production at those two mines. For example, recent exploration drilling at Greens Creek showed significant zinc bands that Hecla can mine in the future along with the gold and silver accumulations in those bands. In addition, several of its exploration projects uncovered zinc accumulations that the company could develop should it chose to move forward with these opportunities. Suffice it to say; zinc should continue to be an important contributor at Hecla in the future.

The zinc sector is a tough one for investors because there are no primary zinc producers that trade on major exchanges. That said, there's still profit potential buried within the sector, which provides investors who know where to look with some hidden upside should zinc continue rising.