For electric-car maker Tesla Motors' (NASDAQ:TSLA) final quarter of the year, one key metric worth checking in on will be Model S deliveries. As Tesla's bread and butter, the Model S will play an integral role in whether or not the young auto company will have a good quarter.

Here's what to expect.

Ultimately, predicting Tesla's Model S deliveries in Q4 involves a lot of guesswork. But there are a few indicators that could help investors hone in on a ballpark range.

In Tesla's third quarter, the automaker delivered 16,047 Model S units. These deliveries were up 64% sequentially and 38% year over year.

The big sequential jump in Model S deliveries was primarily driven by the timing of production in the company's second quarter. In Tesla's second-quarter update on deliveries, management noted it ended the quarter with 5,150 customer-ordered vehicles -- Model S and Model X units combined -- in transit for a third-quarter delivery. This figure was much higher than the 2,615 vehicles Tesla had in transit at the end of Q1 and helped drive growth in Q3. 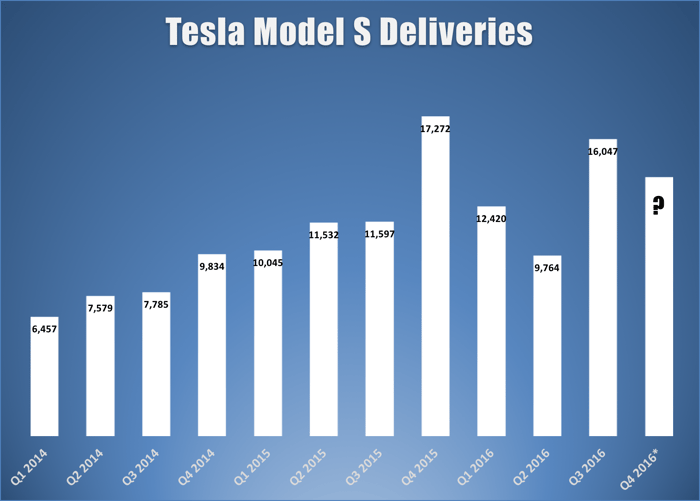 And Tesla's guidance for fourth-quarter total vehicle deliveries can provide some additional context. For the fourth quarter, Tesla said it plans to deliver just over 25,000 Model S and Model X units combined.

Factoring in this information about Tesla's recent vehicle sales and the company's guidance, I'm anticipating Model S deliveries to be about 13,000 to 15,000 units in Q4. 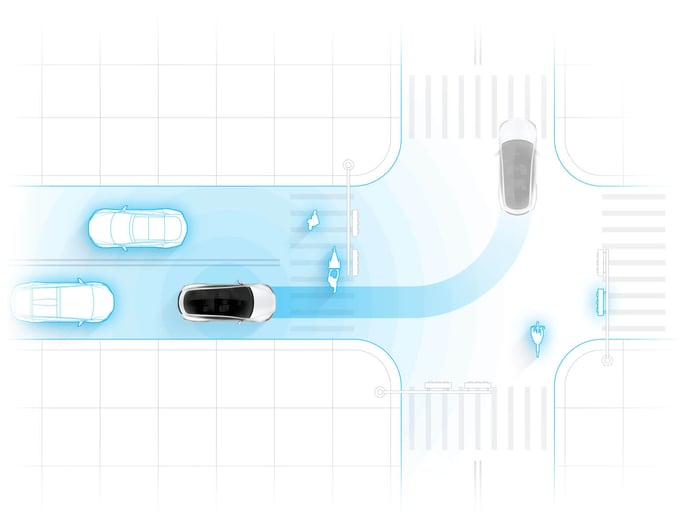 While Tesla's guidance suggests the company still anticipates Model S delivery levels to remain below the vehicle's record quarterly deliveries achieved in 2015, Tesla has been pulling some significant demand levers in the second half of the year. The company has recently launched a P100D version of its Model S, making it the fastest-accelerating production car in the world, and teased an even faster zero-to-60 time that will be delivered to its P100Ds with an over-the-air software update in December. The automaker also began including its new Autopilot and self-driving hardware in every vehicle, and continues to open new stores. In Q4, investors will see whether product upgrades served as meaningful catalysts for Model S or not.

Tesla typically announces its vehicle sales within three calendar days after every quarter closes. With Tesla's fourth quarter set to close at the end of December, Tesla will likely announce fourth-quarter vehicle deliveries during the first few days of January.