The holiday season may be in full swing, but there are still plenty of important companies set to report their results in December. Investors who own shares of Micron Technology (NASDAQ:MU), Lululemon (NASDAQ:LULU), and Restoration Hardware (NYSE:RH) will all have some data to parse this month, and big stock moves are possible if the numbers don't match up with expectations.

A guidance boost for Micron

Micron, a major manufacturer of memory chips, has been suffering from oversupply in recent quarters. When supply outstrips demand for Micron's DRAM and NAND chips, prices fall and the company's margins fall off a cliff. Micron has reported a non-GAAP net loss for three quarters in a row, and a year-over-year revenue decline for the past six quarters.

Micron's fiscal first-quarter results, which will be announced on Dec. 21, are expected to show a return to both revenue growth and profitability. The company's guidance for the quarter, which was recently boosted, calls for year-over-year revenue growth of 18.7% and non-GAAP earnings per share (EPS) of $0.28, up from $0.24 in the prior-year period. Some accounting changes muddle the bottom line -- earnings will actually decline on a comparable basis. But it's clear that the market for memory chips is strengthening.

Investors should keep an eye on how much Micron was able to cut per-bit DRAM costs during the quarter. The key to Micron's profitability is to cut costs faster than prices drop, something that it hasn't been able to do in the recent past. The company's guidance for the second quarter will also be critical, giving investors a better sense of the momentum the company is seeing in the memory markets. If earnings guidance disappoints again, management will have some explaining to do.

Shares of activewear chain Lululemon got hit hard last time the company reported results. Sales growth missed expectations, leading investors to question the premium valuation assigned to the company's stock. Comparable sales rose by just 3% during the second quarter, with the bulk of revenue growth coming from new store locations. The stock is down more than 30% since those numbers were reported. 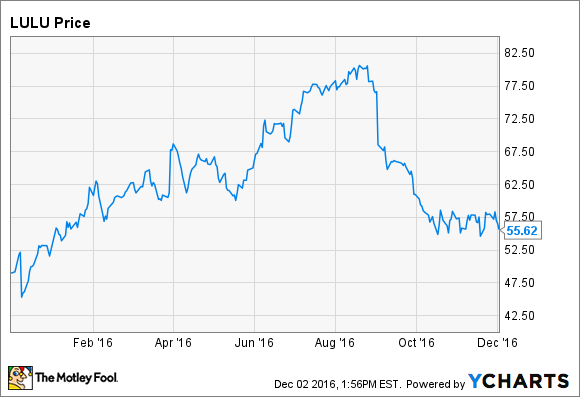 The company will have another chance to impress investors on Dec. 7. The company expects comparable sales growth in the mid-single digits on a constant-currency basis compared to 6% growth during the third quarter of last year. Analysts are expecting total revenue to grow by nearly 13%, with the bulk of that growth driven by new locations.

Lululemon benefited greatly from the athleisure boom, but the company now faces far more competition than in the past. An earnings report from Under Armour that featured talk of promotions driving down margins hurt Lululemon stock in October. Credit Suisse downgraded the stock in November, citing an increase in markdowns at the company's stores that could pressure fourth-quarter results. Another downgrade came on Dec. 2, with Canaccord Genuity slashing its price target to just $44 per share. Lululemon certainly has a lot to prove when it reports its third-quarter results. 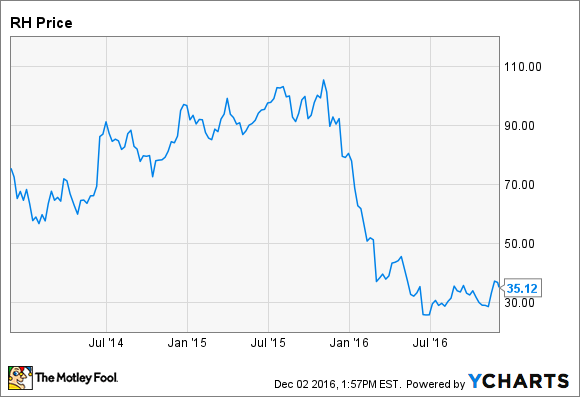 Restoration Hardware CEO Gary Friedman tried to explain the awful results when the second-quarter report came out in September:

As previously communicated, we are making several strategic investments and changes to our business model in fiscal 2016 that are temporarily depressing financial results in the short term, which we believe will strengthen our brand and position the business for accelerated revenue and earnings growth in 2017 and beyond. These temporal issues include the costs related to the launch of RH Modern; the timing of recognizing membership revenues related to the transition from a promotional to a membership model; efforts to reduce inventories and rationalize our SKU count; and the decision to push our Source Book mailing from the Spring to the Fall.

Analysts are expecting a revenue decline during the third quarter, for which Restoration Hardware will report results on Dec. 8. Once a Wall Street darling, Restoration Hardware is now struggling with a sales and earnings slump that raises questions about its growth story.