The post-election rally in financial stocks continued, which produced another 1% bump for the Financial Select Sector SPDR ETF (NYSEMKT:XLF). Meanwhile, a slight decrease in the price of gold coincided with a drop for the always-volatile Daily Gold Miners Bull 3X ETF (NYSEMKT:NUGT).

As for individual stocks, Bank of America (NYSE:BAC) and FairPoint Communications (NASDAQ: FRP) stood out with unusually large moves.

Bank of America's stock rose 3% to reach another 52-week high. The financial giant is now up 22% over the last full year -- and up 51% over just the past six months. Without company-specific news to drive the rally on Monday, investors likely bid shares higher in response to rising expectations of a coming surge in earnings.

After all, shareholders enjoyed a 28% rally last month following news of Donald Trump's victory in the presidential election. A Trump administration not only means that banking regulations aren't likely to be tightened, but also suggests there's a chance they'll be loosened. Steven Mnuchin, Trump's pick for Treasury secretary, has suggested the administration aims to roll back parts of 2010 Dodd-Frank Act, for example, which could boost profitability by reducing the amount of capital Bank of America is required to hold as a hedge against future loan losses.

The company's net profit margin weighed in at 19% for fiscal 2015 as it finally recovered all of the lost ground from the 2008-2009 financial crisis. Investors are betting that industry conditions could pave the way for both higher loan demand and significant earnings growth ahead.

FairPoint Communications soared 11% after the regional telecom agreed to a buyout deal. The company will be purchased by Consolidated Communications in an all-stock merger that values it at roughly $1.5 billion, including debt. 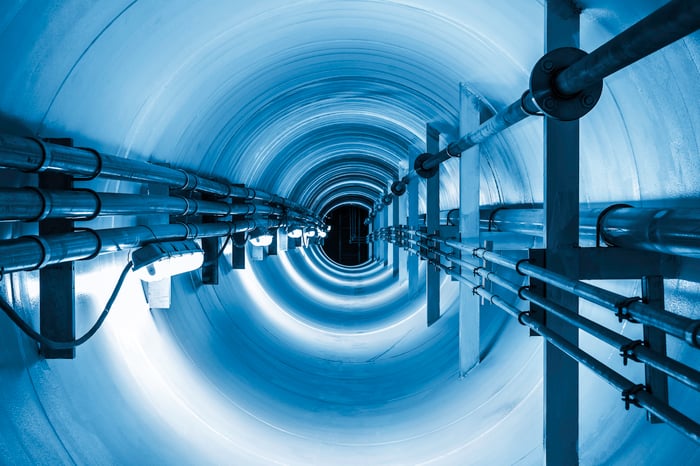 FairPoint will contribute its 11-state service footprint to help push the combined entity to a 24-state coverage area, which should boost results thanks to added scale. In a press release, Consolidated Communications CEO Bob Udell said:

This merger positions Consolidated to leverage its extensive product and services portfolio and consultative sales approach across 24 states bringing advanced solutions and a better experience to customers.

This transaction offers a number of benefits for FairPoint's shareholders including the enhanced scale of the combined company, the opportunity to benefit from the realization of synergies and the receipt of an attractive dividend. -- CEO Paul Sunu

At closing, FairPoint shareholders will receive 0.73 shares of Consolidated Communications stock for each share of FairPoint they own, which equates to a 17% premium over the average exchange ratio of the two stocks over the past 30 days. FairPoint's stock rose by smaller amount on Monday since investors pushed Consolidated Communications' shares down slightly in response to the deal news. Going forward, FairPoint's stock will be directly tied to that of its acquirer until the merger closes sometime by the middle of next year.