As with most metal and mining stocks, Silver Wheaton Corp. (WPM -3.69%) was on a wild ride this year until about three months ago, when it started losing favor with investors as precious metals fell. Silver Wheaton is down almost 35% in the past quarter, as of this writing, leaving investors jittery about what lies ahead. 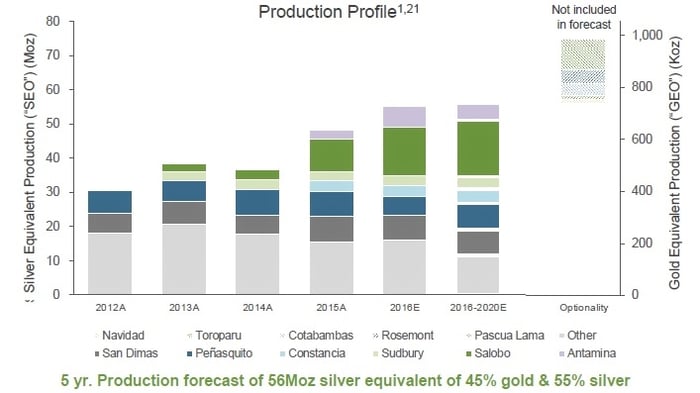 Silver Wheaton's expenses are significantly lower than those of traditional miners as the streamer doesn't incur any costs associated with exploring or operating of mines. To top that, Silver Wheaton secures bullion streams from miners at prices significantly below spot rates: Its average purchase cost is only about $4 per ounce of silver and $400 per ounce of gold. As a result, Silver Wheaton's operating margins are among the best in the industry, even better than those of streaming peers Royal Gold (RGLD -1.75%) and Franco-Nevada (FNV -1.78%). 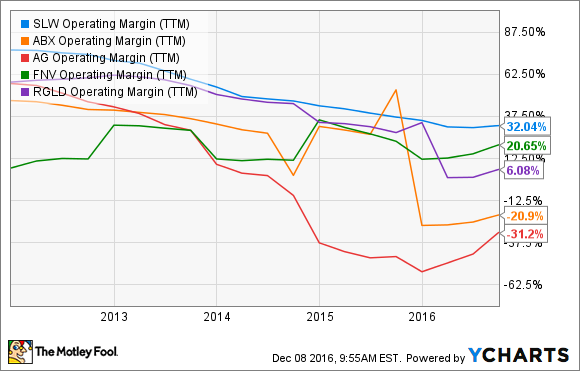 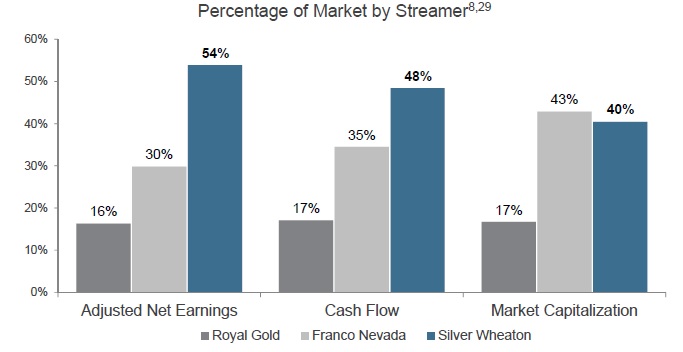 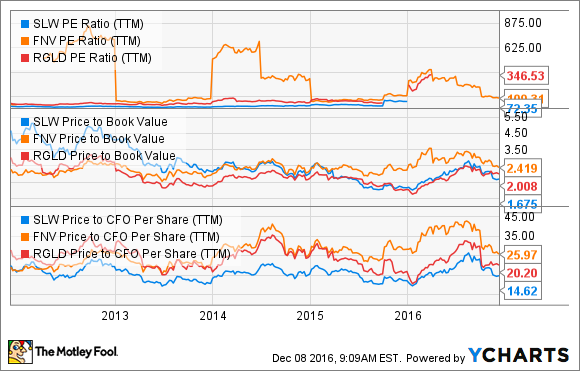 Neha Chamaria has no position in any stocks mentioned. The Motley Fool owns shares of Companhia Vale and Silver Wheaton. Try any of our Foolish newsletter services free for 30 days. We Fools may not all hold the same opinions, but we all believe that considering a diverse range of insights makes us better investors. The Motley Fool has a disclosure policy.