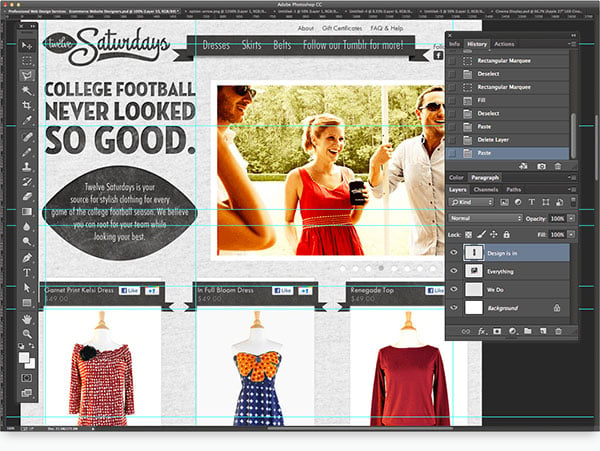 Twelve years ago, Tobi Lutke and his co-founders wanted to open a business to sell snowboards online. But there wasn't a ready-made platform to perform the critical functions needed for an e-commerce business, so Tobi built one. Their snowboard business, Snowdevil, became the first Shopify (NYSE:SHOP) customer. Tobi and his co-founder realized that their e-commerce platform was a better business than selling snowboards and in 2006 Shopify was born.

Fast forward to 2016, Shopify is now serving more than 325,000 merchants. The growth of merchants on the platform has been fantastic -- during the most recent quarter Shopify added 62% more merchants from the same period last year. Moreover, the company's flexible pricing model and symbiotic relationship with its merchants ensures they stick with Shopify's platform as their businesses begin to thrive. It's this one-two punch that really shows Shopify is built for growth.

Shopify reports its revenue in two segments. The first is subscription solutions, where Shopify's merchants pay a monthly fee for the use of its platform.  The standard plans range from $29 to $299.  They even have an entry program called Shopify Lite for $9 that a merchant can "sell on Facebook, accept credit card payments, and use Buy Buttons."

Shopify has a high-end plan for "enterprise-grade solutions for high volume merchants, and large businesses" called Shopify Plus. The pricing for this program is not published on the Shopify website and likely is variable depending on the services the merchant wants.

Shopify publishes their monthly recurring revenue (MRR) which represents the monthly revenue from these subscriptions. The chart below shows Shopify's MRR growing at an 81% compound annual growth rate (CAGR).

The second category of revenue is called merchant solutions, which is growing even faster than subscription solutions revenue. When a Shopify merchant makes a sale on the platform, Shopify takes a small cut and that is recorded as merchant solutions revenue. The company reports merchant sales as gross merchandise volume (or GMV), and last quarter reported $3.8 billion worth of GMV on its platform, which was a 100% growth year-over-year.  Doing a rough calculation of Shopify's GMV per merchant, you can see from the table below that merchants sold 23% more goods than the previous year.

Note that Shopify doesn't provide exact figures for merchants. Since Shopify stated in Q3, they had "more than" 325,000 merchants on their platform, I used 325,001 for calculation purposes. This growth in GMV drove Shopify's merchant solutions revenue up 114% in the company's most recent quarterly release. This growth is astounding -- dwarfing the above mentioned 69% increase in subscription revenue -- and it looks set to continue.

The fourth quarter trend of Shopify's merchants generating more sales has been continuing for some time. Because of this trend, Shopify's merchant solutions revenue (the red bar in the chart below) has become a bigger part of its overall revenue, from 32% in Q4 2013 to 50% last quarter.

Based on the historical seasonal trend, the merchant solutions revenue is likely to be more than 50% this quarter. Shopify's Q4 has always been a high transactional period for Shopify's customers. Because of this, Shopify gains a higher percentage of revenue from merchant solutions than they've seen throughout the year. Here's what management said in the 2015 annual report about this seasonal trend.

You can see this in the bumps in the percent of revenue for merchant solutions (green line in the chart above) in each of the Q4 periods. Investors should expect this upcoming Q4 to be no different. The merchant solutions revenue growth is part two of the one-two punch that makes Shopify a business that has proven it can grow.

Shopify has a platform that is attracting more merchants every quarter. Those merchants are selling more goods over the Shopify platform bringing in even more revenue for Shopify. Shopify wants to be the only platform merchants use. Here's what management said in their 2015 Annual report about serving the Small and Medium Business, or the SMB, market.

Our merchants represent a wide array of retail verticals and business sizes. We offer pricing plans designed to meet the needs of our current and prospective merchants. Offering different service and pricing levels allows entrepreneurs to scale without leaving the Shopify platform. We believe this ability to retain merchants as they grow is an important factor for success in serving the SMB market.

With the growth in gross merchandise value per merchant, it certainly looks like Shopify is successfully keeping their merchants on the platform. What contributes to that success is that Shopify's business is aligned with their customers, as I discuss in this article.
Shopify has built a platform for merchants to run their entire e-commerce business. Merchants come for the platform and stay as they become successful, and that's a powerful growth engine for Shopify.