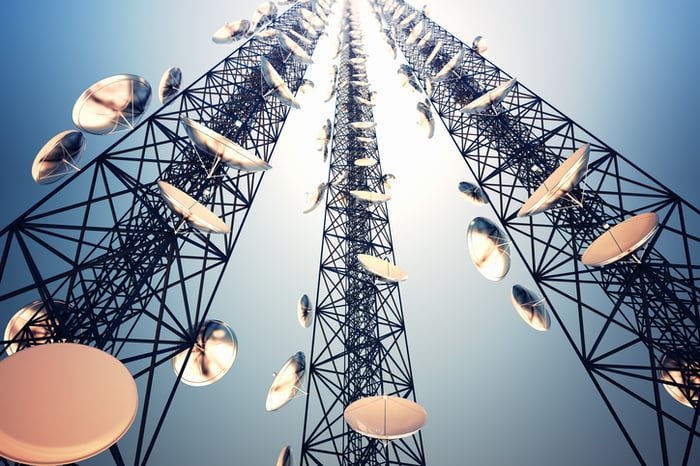 Shares of Comtech Telecommunications (NASDAQ:CMTL) are getting crushed today, down by 21% as of 12:05 p.m. EST, after the company reported fiscal first-quarter earnings.

Revenue in the fiscal first quarter came in at $135.8 million, up from $64.1 million a year ago. Most of that increase is attributable to the February acquisition of Telecommunication Systems, while legacy Comtech products declined slightly. Analysts had been modeling for $138.2 million in sales. The company posted a net loss of $700,000, or $0.11 per share. Adjusted EBITDA was $10 million.

CEO Fred Kornberg acknowledged that "business conditions remain challenging." Comtech is reaffirming its fiscal 2017 guidance, targeting sales of $600 million and earnings per share of approximately $0.30. Adjusted EBITDA for the fiscal year should be around $70 million. Amortization of intangibles for the year should be $22 million to $24 million, with total depreciation expense of $16 million to $18 million. Comtech also announced a quarterly dividend of $0.10 per share, payable on Feb. 17, 2017 to shareholders of record as of Jan. 18, 2017. Comtech hopes to keep up that quarterly payout, subject to financial covenants and board approval.