Trouble finding the perfect gift for someone special? Consider giving stock in that person's favorite companies. Unlike electronic gizmos that may stop working after one use, or knick-knacks that disappear within moments of being opened, shares can be a gift that keeps on giving year after year.

If you're unsure which stocks to buy, read on to see if Nike Inc. (NYSE:NKE), Boston Beer Co. (NYSE:SAM), and Amazon.com (NASDAQ:AMZN) might be right for the investor on your shopping list. 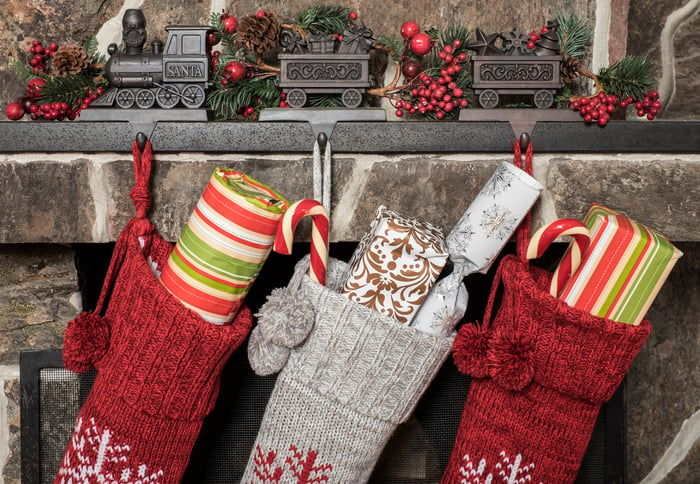 After taking into account currency conversion on overseas sales, Nike sold $9.1 billion worth of athletic products last quarter, up 10% from a year ago. The company also reported net income of $1.2 billion in the quarter, up 6% from last year.

As Nike expands its presence in highly populated developing markets such as China, and high-margin direct-to-consumer sales accelerate thanks to Internet shopping trends, Nike should have plenty of muscle to reward investors with growth over the long haul.

Also, Nike offers investors a steady and growing stream of dividend income that makes its shares even more attractive. Nike's dividend payout has increased every year since 2004, and currently, its $0.16 quarterly dividend rate means its shares are yielding 1.4%. While that may not be the highest dividend yield in the stock market, it can still help this gift pay for itself over time.

There's a reason the popular beer-rating app Untapped has more than 1 million downloads. We're in the middle of a beer lover's revolution, and while a lot of beer connoisseurs' focus is on small-batch neighborhood brewers right now, that won't stop them from enjoying opening up a gift of Boston Beer Co. shares this holiday season.

Boston Beer Co.'s Samuel Adams beer pioneered craft brewing, and while the company's lost some of its cachet recently to smaller upstarts, it remains a dominant force in the U.S. craft-beer segment.

Last quarter, the company sold more than a quarter-billion dollars' worth of Sam Adams, Angry Orchard, Twisted Tea, and other well known-names, and although sales have slipped in the past year because of competition, the company remains handsomely profitable, with expected earnings per share of $6.70 this year.

Boston Beer Co.'s shares also have the added benefit of arguably being on sale. The company's share price has fallen from over $300 in 2015 to about $173, and at that price, you'll pay about 27 times trailing-12-month earnings to buy shares. That's far closer to Boston Beer's 10-year P/E low than to its 10-year P/E high. 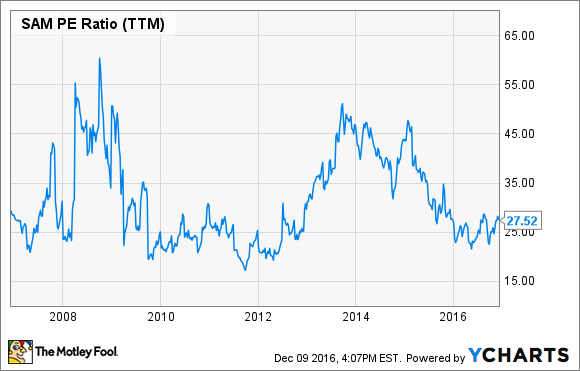 By now, everyone on your shopping list may already be getting a present that was bought online, and if so, there's a good chance it was bought from Amazon.com -- the globe's biggest online retailer.

While Amazon.com's already established itself as the go-to online retailer for just about everything, it may be surprising to learn that Amazon's sales still have a shot at climbing much, much higher.

Over the past year, Amazon's sales eclipsed $127 billion, but its sales would need to jump 281% from that level to match Wal-Mart's sales over the same period. The Census Bureau reports that despite growing over 15% in the past year, e-commerce sales still represent just 8.4% of total retail sales. That suggests that there's plenty of running room ahead for this company to keep growing.

Assuming Amazon remains an online retailing Goliath, then the shift from shopping in malls to shopping on devices could make anyone receiving this company's shares for the holidays as a gift grateful year after year.