NASA spends $127 million for a "space tug." Will it arrive too late?

Satellites are transforming how companies provide communications -- and even internet services here on Earth. There's just one problem with satellites, however: They sometimes break down. And when a satellite breaks down, the nearest repairman is 100 miles away, and needs air to breathe.

Fortunately, NASA has a solution to this problem: robotic space tow trucks. 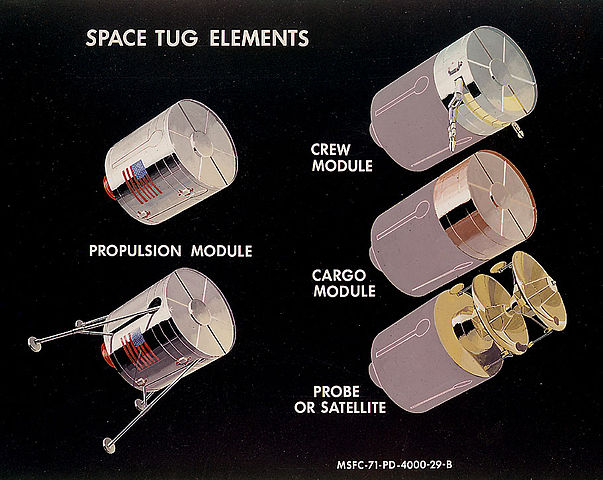 NASA is putting together the pieces to form a space tow truck. Image source: NASA.

Last week, NASA announced a new service that it calls "Restore-L Spacecraft Bus and Support Services". As the agency explains, Restore-L will be "a robotic spacecraft equipped with the tools, technologies and techniques needed to service satellites currently in orbit." It will launch into Earth orbit, and there perform robotic surgery on other satellites that need repairs.

NASA awarded the contract to Space Systems/Loral (SSL). Over the course of up to five years' work, NASA will pay SSL as much as $127 million to "provide spacecraft bus, critical hardware and services for the development, deployment and operations of the Restore-L mission," to integrate, test, and launch the spacecraft, then operate it once it's in orbit.

When will this happen? NASA is targeting a launch date sometime in mid-2020. For its first mission, Restore-L will rendezvous with and refuel the government-owned Landsat 7 imaging satellite, currently in low-earth orbit. Landsat 7 launched in 1999 with an expected service life of five years, and right on schedule, its systems began malfunctioning in 2003. Restore-L will aim to refuel the satellite, and perhaps even fix the malfunction. NASA says this will be "the first [mission] of its kind in low-Earth orbit."

But already, others are rushing to beat NASA to the punch.

Lockheed Martin ( LMT 1.84% ) has a plan to build a "Jupiter" class reusable spacecraft, capable of performing services similar to Restore-L. Equipped with a "long robotic arm," Jupiter will grab on to malfunctioning satellites in problematic orbits and tow them to where they're supposed to be. Last year, Lockheed tried to get NASA to pay for a trial run of the new space tug as part of its bid for an International Space Station Commercial Resupply Services contract -- but NASA declined.

Whether Lockheed will still try to make a go of Jupiter on its own, without NASA writing it a check first, remains to be seen. But even if Lockheed doesn't make the attempt, there's yet another company that may give it a try.

Orbital ATK ( OA ) is a smaller player than giant Lockheed, but it's even further along on the idea of sending space "tow trucks" into orbit. Unlike Lockheed Martin or SSL, Orbital ATK has chosen to take a commercial route to space.

Earlier this year, Orbital landed satellite operator Intelsat ( INTE.Q -66.67% ) as its anchor customer on a new space tow truck service. Intelsat is hiring Orbital to launch its space tug, dubbed Mission Extension Vehicle-1, or MEV-1, to dock with and provide propulsion and attitude control functions for at least two Intelsat satellites over the next five years. With a planned launch in 2018, and initial operations beginning in 2019, Orbital ATK looks set to beat not just Lockheed, but SSL and even NASA itself, in putting this concept into operation.

Financial terms of the Orbital-Intelsat deal were not disclosed. That said, the service appears lucrative enough that already -- before the first contract is even completed -- Orbital ATK has announced plans to go ahead and build an entire fleet of MEVs to provide similar services for other satellite companies.

Which is good news for SSL and NASA. If and they get Restore-L launched in 2020, and if Restore-L itself suffers a malfunction, Orbital ATK's space tow trucks may already be up there, ready and waiting to give it a tow.