Even with the ability to buy things online at cheap prices, Americans still love warehouse clubs.

The discount retailers charge an annual fee for membership for which consumers gain access to their stores. For what it costs to join Costco (NASDAQ:COST), Wal-Mart's (NYSE:WMT) Sam's Club, and BJ's, consumers get access to a no-frills, limited-choice shopping experience where prices are kept low. 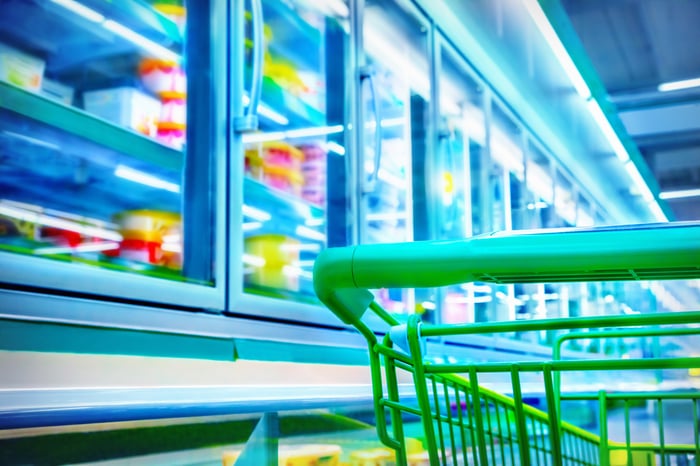 Generally words like "no-frills" and "limited-choice" are not selling points for shoppers, but the warehouse clubs have made what they don't have part of the experience. By sacrificing fancy displays, grocery bags at checkout, dealing with limited in-store personnel, and often having to buy in bulk quantities, consumers get lower prices (or at least in most cases they do.)

Costco, Sam's, and BJ's may, for example, have a popular cereal, perhaps Lucky Charms or Cheerios, at a lower per-box price than a nearby supermarket. To get that price, however, shoppers may need to buy in extra-large quantities. The same applies to most food items, household supplies, and pharmacy items stocked by the three chains.

You will save money on a per-serving, per-container, or per-dose basis by shopping at Costco, Sam's, or BJ's, but you will pay a price to get in the door, and there are a variety of reasons you may not actually save money shopping at a warehouse club.

What does it cost to join Costco, Sam's Club, and BJ's?

All three chains charge an annual membership fee just to get in the door. Paying up gives you and your immediate family (you and a spouse or significant other living at the same address) access to whichever of the three you join as well as the ability to shop at their websites. The overall structure is the same for Costco, Sam's, and BJ's. Members pay once a year for 12 months of access, but the costs vary slightly.

Is joining Costco, Sam's Club, or BJ's worth it?

In short, the answer is it can be, but it usually is not because people buy things they would not have otherwise purchased or they overbuy, leading to waste. The prices are cheaper than traditional stores, according to Michael Clayman, editor/writer at Warehouse Club Focus and www.warehouseclubfocus.com (account required) who spoke to The Motley Fool in an email interview.

"Every year, we publish an item basket comparison between the three clubs, a Wal-Mart Supercenter, and a grocery store in the same market," he wrote. "The results have been consistent and show the dramatic savings a consumer receives by shopping at a club compared to the other two."

The problem is that lower prices can mean that consumers save money, but that's not true when people buy more than they planned or more than they need. Billie Blair, an organizational psychologist who serves as CEO of Change Strategists, Inc., laid out how that happens to The Motley Fool in an email.

"Taken as a whole and over a span of years, the answer is that warehouse clubs almost never save money for the individual shopper," she wrote. That, Blair added, is due to "membership fees, wastage from overbuying (produce and such), the necessity to buy in quantity (canned goods that sit on shelves and have to be discarded) etc."

Warehouse clubs offer good prices, lots of perks, and it's possible to earn back the membership fee in saved money. Doing that takes the discipline to buy only what you need and only quantities you will actually use. That's possible, but difficult for many people.

What Does It Cost to Join Costco, Sam's Club, and BJ's? @themotleyfool #stocks $COST $WMT Next Article
Current