Stocks continued their year-end rally on Tuesday, as the Dow Jones Industrial Average (DJINDICES:^DJI) flirted with the 20,000-point mark and the S&P 500 (SNPINDEX:^GSPC) added to its double-digit gain for the year. Both indexes finished higher by more than 0.25%.

As for individual stocks, TripAdvisor (NASDAQ:TRIP) and Flowtek (NYSE:FTK) both stood out with unusually large price moves on Tuesday.

TripAdvisor adds to its hotel portfolio

TripAdvisor jumped 5% after announcing a new collaboration with travel industry peer Expedia that will bring parts of Expedia's massive hotel inventory onto the instant-booking platform. TripAdvisor has been working to build up its "book now" portfolio since launching the service in 2014, because management believes it improves the purchasing experience for travel shoppers. A tie-up with Expedia, which boasts over 300,000 properties, will mark a big step in that direction. 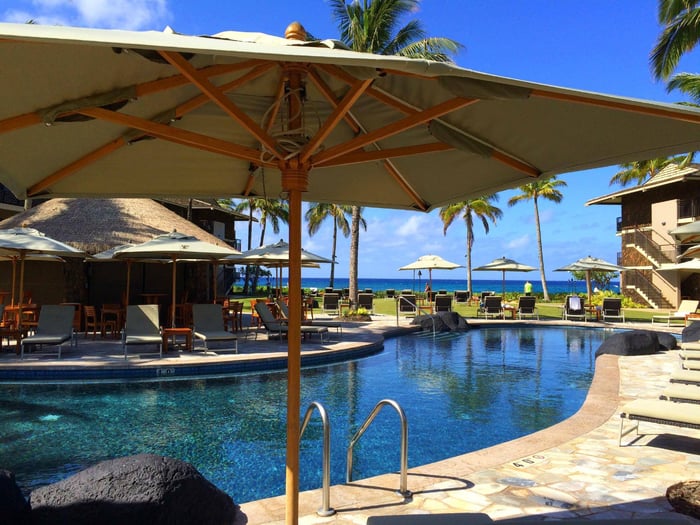 Yet instant booking has pinched TripAdvisor's results lately by shifting away sales and profits that used to be captured within its service. As a result, transaction revenue and revenue per hotel shopper plummeted over the past year as the service rolled out globally. Net income is down 39% through the first three quarters of 2016.

Executives believe the improved shopping experience will ultimately make the expensive shift worthwhile, though. "Enabling users to book on TripAdvisor is an imperative step as we continue navigating the path toward creating the best user experience in travel," CEO Steve Kaufer told investors in May . In a press release announcing the deal with Expedia this week, management expressed more optimism that it will boost the business. "Adding Expedia to the instant booking platform nicely complements TripAdvisor's existing hotel inventory," an executive explained. At its next quarterly showing, investors will be looking for hard evidence that shopper spending is improving again, following a brutal 2016 for both sales and profits.

Flotek hopes for a brighter 2017

Oilfield drilling tech specialist Flotek shed 12% following updated thinking from management on the latest conditions in the industry. In what executives billed as an interim update on the fourth quarter, Flotek said it was seeing signs that pointed to a potential rebound in the coming year. "Various drilling and completion measures have begun to trend higher," CEO John Chisholm said in a press release. "Which, if sustained," he continued, "should benefit Flotek and other oilfield services as 2016 ends. Still, the company warned about significant uncertainty in the business as oil prices swing wildly.

The company last posted a 16% drop in quarterly revenue that was driven by an over 40% slump in the number of North American rigs in operation. Flotek hasn't been able to profit in that awful sales environment. In fact, net loss ballooned to $35 million over the first nine months of the year, or nearly three times the loss from the prior-year period.

While it hinted at better days ahead as early as 2017, Flotek's business update didn't forecast a solid fourth quarter. That means investors are bracing for what will probably be double-digit sales declines for the company's full fiscal year when it posts its official results in early February.