It sustains life, covers some 71% of the Earth's surface, and is one of those things you take for granted until you can't get any to come out of the tap. Companies that deal in water pretty much have a lock on a resource people willingly line up to pay for. 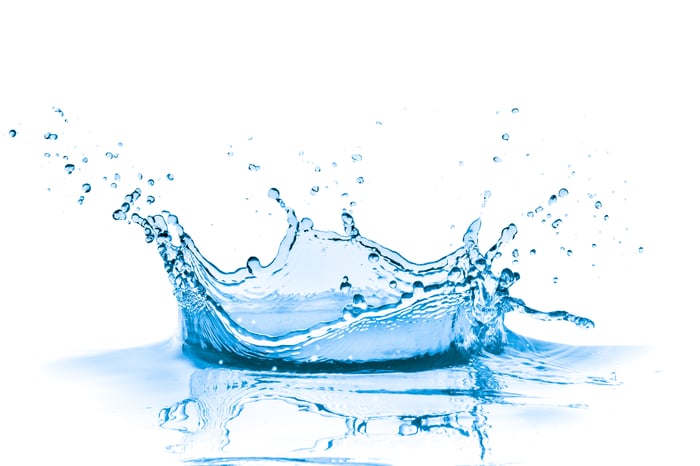 Water, water, everywhere, but for utilities like American Water Works, there might not be a drop to drink. Image source: Getty Images.

Water utilities are one of those "natural monopolies" you hear about, and investing in one ought to ensure you're investing in one of the safest, most solid investments -- one that can provide years of growth and a reliable stream of income. Ought to, but not necessarily: As with any stock, these utilities can rise and fall like waves on the ocean.

The largest public water and wastewater utility in the U.S. is American Water Works (NYSE:AWK), which provides services to about 15 million people in 47 U.S. states and one Canadian province. With a market capitalization north of $13 billion, it is more than twice the size of its nearest peer, Aqua America, which has a market cap of just $5.6 billion. Third place American States Water trails with a $1.1 billion market valuation.

Does size trump all? We've asked two of The Motley Fool's top contributors to weigh in on whether American Water Works provides a tidal wave of opportunity or whether it's all washed up.

Drinking from a fire hose

Rich Duprey: Leading water utility American Water Works has the benefit of providing a product and service that never goes out of style: clean drinking water and wastewater treatment. That means customers will continue to demand what it offers, giving it a neverending stream of revenue.

Although water utilities also offer a record of stable earnings and dividend growth, electric utilities usually beat them in terms of yield. The water works generally yield around 2% annually, while their electrified brethren can go for 3% or more. That doesn't make them bad investments, but income investors may overlook them because of their lower payouts. 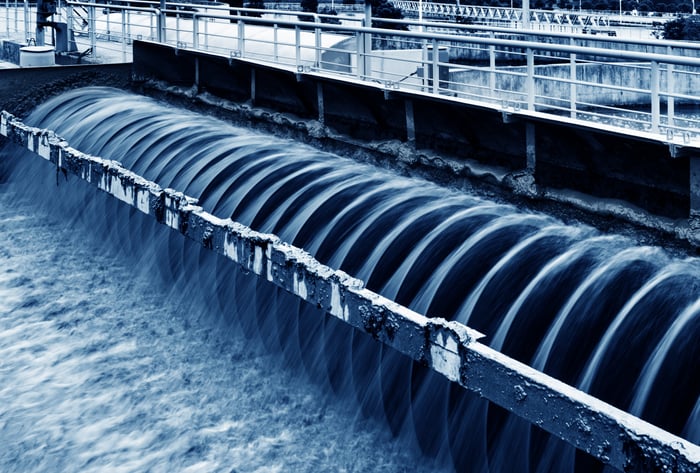 That would be a mistake, particularly in the case of American Water Works, which has both size and geographic diversity on its side. By being the biggest in the industry, the utility can more easily buy additional assets and resources, while its broad national span gives it the ability to expand near existing facilities, generating economies of scale.

Mark Twain's advice was to buy land because they're not making any more of it, and the same could be said for potable water -- it's a finite resource. American Water Works isn't a growth stock, but that doesn't mean investors can't enjoy future appreciation. The utility's growth will come primarily from capital investments in infrastructure.

While acquisitions will play a role, over the first nine months of 2016 the company only spent $24 million on those, compared to the $881 million it spent on its existing pipelines. It plans to invest about $1.2 billion total by the end of the year to improve efficiency and keep costs down, and remains on track to improve operation and maintenance efficiency to 34% by 2020, a 90-basis-point improvement from today but a near 1,000 bp gain from 2010.

That's key because U.S. consumer water usage is steadily declining as people adopt a conservationist ethic and the appliances they use become more efficient. If American Water remained static, its ability to grow would remain static, too. By improving the efficiency of its operations and infrastructure, the water utility gets more bang for its buck, and investors will end up being saturated by its gains.

Ready for a hosing

Sure, American Water Works' stock is up 20% over the past year, but if you ask me, that's more a result of investors chasing the debatable security of dividend-paying stocks generally than investors rewarding the stock for improvements in the company's performance.

Fact is, American Water Works' profits declined 15% last quarter, despite posting a 4% rise in revenue. And if, as Mr. Duprey argues, "U.S. consumer water usage is steadily declining," then this suggests that in the future, American Water Works won't even have rising revenue to depend on to keep its profits stable.(And how safe will those dividends be then?) 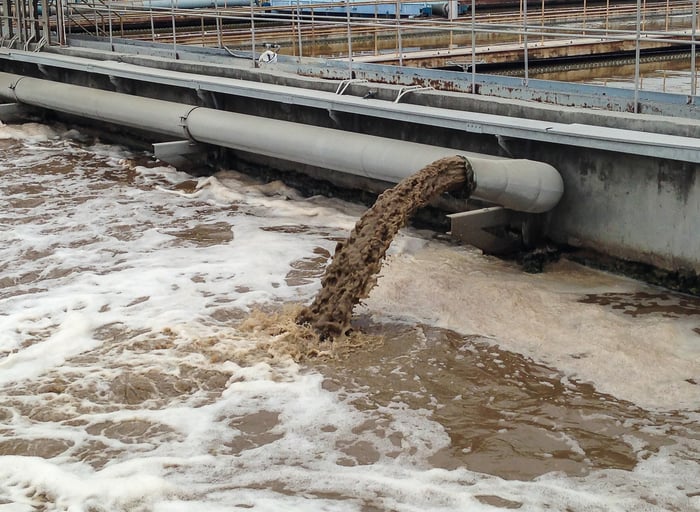 Of course, even with weak (and possibly declining) dividends, there's still American Water Works' stock itself to attract investors. So how attractive does the stock look from a valuation perspective?

Actually, the news isn't great here, either. Priced at more than 28 times earnings, American Water Works' stock costs two full points more than the average stock on the S&P 500. It's also growing more slowly. Whereas Morningstar data show the S&P 500 average growing earnings at 8.6% annually over the next five years, American Water Works is pegged for less than a 7.6% gain over the same period.

All things considered, when you add American Water Works' below-average growth rate to its below-average dividend yield, the expected total return on this stock is a meager 9.7% annualized -- far too low to justify the stock's 28 P/E ratio. If you ask me, American Water Works looks like a leaky boat to invest in -- and investors who do buy this stock are likely to end up underwater on their investment.