Clothing brands and the apparel industry can be a fickle place, with many of the most iconic apparel brands actually suffering among a changing consumer landscape. This list of clothing retail stocks breaks down the sector to try to find the best publicly traded fashion stocks. 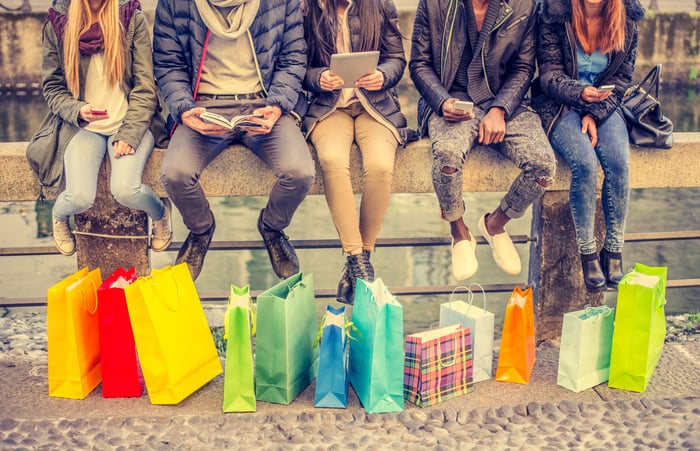 American Eagle Outfitters (NYSE:AEO) was the quintessential teen retailer of the early 2000s, now seeking to reinvigorate itself to stay relevant. While the company has struggled in the past decade, some of its attempts to modernize -- such as a renewed e-commerce strategy and focus on women's activewear with its Aerie brand -- seemed to have helped over the past few years. However, the stock was just dealt another blow in November, when the company's Q3 earnings and declining same-store sales showed just how difficult that transition is still proving to be.

American Eagle Outfitters seems to be one of the better performing stocks in this segment, with brands such as Abercrombie & Fitch (NYSE:ANF) faring even worse, with its stock down nearly 50% in 2016. A&F has continued to post decreasing same-store sales this year, and while a refresh to the brand's style, including moving away from using logos on its clothing, could affect sales in the future, that's a hard "could." There could be some pockets of growth in this teen retail segment, but this fashion market niche looks like a risky bet going forward.

On the other end of the fashion market is the more adult-oriented luxury market. While some of the companies in this segment have fared much better than those in the teen retailing segment, there are still plenty of risks in this segment. Michael Kors Holdings (NYSE:CPRI), the higher-end brand that's had moderate success in 2016 with a 10% rise in its stock, is looking at ways to scale for more growth without losing its prestige. Kors is focusing on building out its men's business, as well as developing its own e-commerce strategy, and it recently launched a line of smart watches and tracking bracelets. Still, the company faces declining traffic in stores and has been pressured to discount items to keep sales volume up amid increased competition and could continue to be pressured that way in 2017. 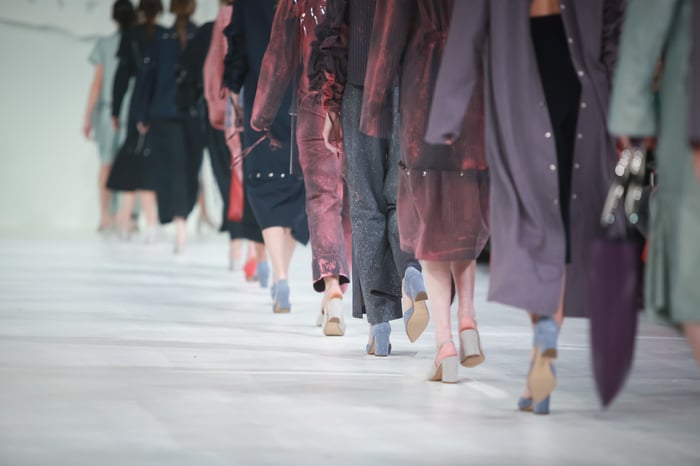 There are companies in this space performing well now that could be preparing for more growth in 2017, such as Chico FAS (NYSE:CHS), which jumped following its most recent quarterly earnings thanks to a rise in earnings that outpaced analyst expectations. Chico, which owns brands such as Chico's, White House Black Market, and Soma, operates over 1,500 boutique shops and outlets in North America, and has also been working to grow its e-commerce strategy. Still, most companies in the higher-end clothing space are striving for single-digit growth -- and calling it a success when they don't post declining same-store sales. This segment is likely to continue to face pricing pressure going forward.

Publicly traded fashion stocks don't necessarily mean the typical runway brands. Sportswear companies are increasingly making their play in the fashion and casual-wear market. Under Armour (NYSE:UAA)(NYSE:UA), Nike (NYSE:NKE), Adidas (OTC:ADDY.Y), and lululemon athletica (NASDAQ:LULU) are the sportswear stocks that still look to be the best place to invest in clothing stocks for the years ahead.

Nike and Under Armour have each been some of the worst-performing fashion and clothing stocks in 2016. With their share prices cut 17% and 22%, respectively in 2016, the companies need a rebound to start posting growth again. However, each could be prepared to do just that. Nike reported 2016 fiscal Q2 earnings on Dec. 20, which showed earnings up 11% year over year, ahead of estimates. While still facing inventory and pricing challenges that are hurting gross margin, sales and earnings should continue growing throughout 2017. 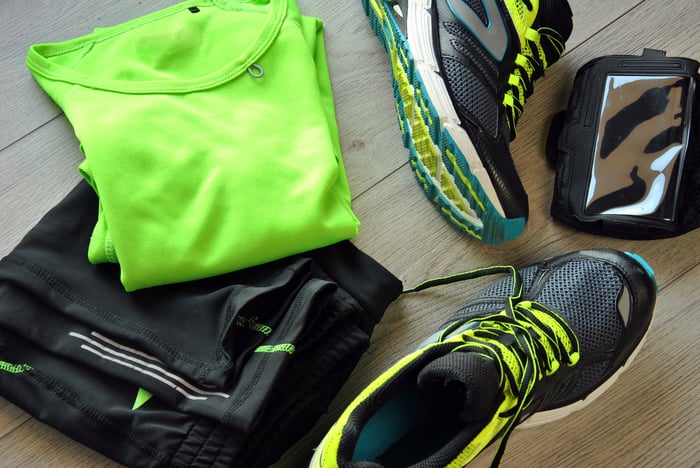 Under Armour has similarly struggled in 2016 amid growth concerns and the hit the company took following the unexpected bankruptcy of one of its largest retail partners, Sports Authority. Still, Under Armour sales have grown more than 20% year over year for each of the last 26 quarters and are on pace to grow another 50% by the end of 2018 from fiscal year 2016. The company continues to muscle its way into multiple new segments, one of which includes high-fashion sportswear with its UAS line launched this fall at New York Fashion Week (as shown to the left). In 2017 and beyond, Under Armour looks to have plenty of room to outrun its sluggish performance in 2016.

While Nike and Under Armour need a turnaround, Adidas and Lululemon are two sportswear stocks that have already started their impressive transitions in 2016 and seek to continue that momentum in the years ahead. After a rough last decade, Adidas has upped its game lately with a renewed focus on casual sports fashion, helped by non-celebrity endorsers such as Kanye West. Adidas could continue to gain on this momentum in 2017, as the company continues to attract younger consumers.

As for Lululemon, the company has been volatile in the past few years. While the company's quality products are considered some of the best in the industry, its high prices and lack of aggressive deals have made sales growth slower than it could be. However, toward the second half of 2016, the company has turned on the heat with fresh new styles, such as its men's "ABC pants" (which stands for, seriously, "anti-ball-crushing"). The stock's nearly 30% growth this year is a testament to Lululemon's renewed competitiveness that could help the stock grow further in 2017.

There's certainly no sure bet in any industry, and clothing stocks can be especially tricky as timing consumer tastes -- on top of changes in e-commerce shopping, inventory management issues, and other hurdles -- can make great companies with great products only subpar investments. Still, there are bright spots to be found here for investors with a long-term eye.