Altria has smoked the competition and many other stocks when it comes to long-term performance, but this year there were more than a few stocks that did even better. Image source: Flickr via Claudio Toledo.

Investors don't usually buy the stock of cigarette maker Altria (NYSE:MO) because they're expecting growth stock-like returns every year, but rather for its ability to consistently pay a healthy and growing dividend, which currently yields 3.6% a year. However, over the last few years, the tobacco giant's stock has actually gained around 20% on average each year, allowing it to generate five-year total returns of 21% annually.

Not too shabby for a company valued at over $130 billion and headlining a dying industry like cigarettes, and yet it looks like Altria's about to repeat that feat again this year. But as good as the performance has been in 2016 for the maker of Marlboro-brand cigarettes, pet supplies company Central Garden & Pet (NASDAQ:CENT), sparkling water maker SodaStream International (NASDAQ:SODA), and men's suit specialist Tailored Brands (NYSE:TLRD) have experienced even better results over the past 12 months.

Take your pet off the leash

Though yard products lead Central Garden & Pet's name, pet food and products represent 60% of its annual revenues. With brands like Adams, Bio Spot, and Breeder's Choice, Central enjoyed 15% growth in its pet segment in the fourth quarter, continuing its string of double-digit percentage quarterly sales growth this year. Garden segment revenues, however, declined 1% this year as it exited from holiday decor, but still saw weakness in organic sales. 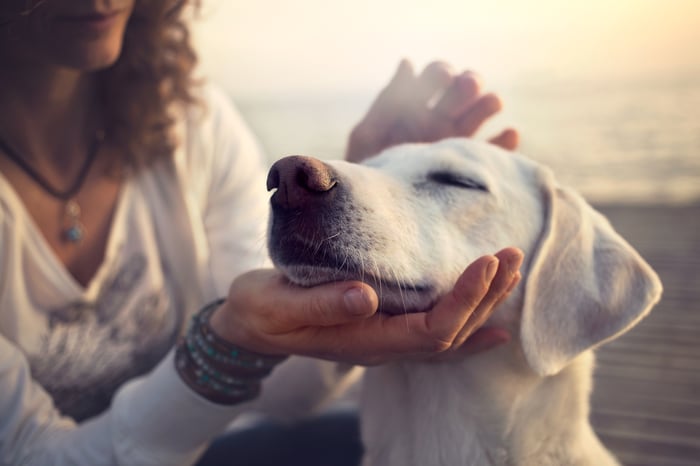 According to the American Pet Products Association, total U.S. pet industry sales are expected to rise 4% this year to $62.75 billion. Pet food represents some 38% of sales while supplies and over-the-counter medicines account for another 24%. As the trends toward premiumization of food marches forward as pet owners continue to humanize their pets, investors can expect Central Garden & Pet to maintain outsized sales growth.

After rising 144% over the past year, its stock is priced at 22 times next year's earnings estimates, making it not seem so cheap, but pet and yard company's enterprise value goes for 16 times its free cash flow, which, although not a bargain basement deal, could indicate it's a stock worth calling to heel.

Drinking from a firehose

At-home sparkling water leader SodaStream International was once on the verge of turning fetid as it made the painful switch from do-it-yourself soda to water, but its ability to control costs and draw new customers into the pool has helped the countertop appliance maker easily beat Wall Street earnings estimates all year long.

Revenue is up 15% in 2016 as it sells more starter kits, an important foundation as it leads to higher consumables sales, which carry greater profit margins for the company. In the third quarter, SodaStream reported 23% more kits sold resulting in 33% higher revenues for the segment, while CO2 refill units rose 9% year over year. 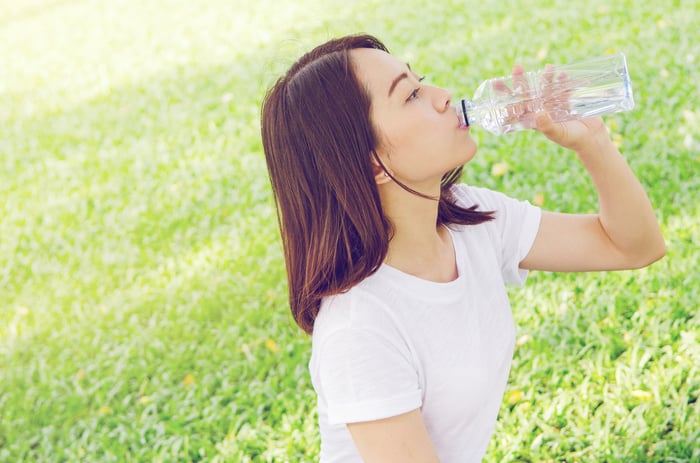 One of the primary benefits of the SodaStream appliance, regardless of whether it was for making soda or sparkling water, was its environmental friendliness. It's since decided to make that a central theme and has taken on the powerful International Bottled Water Association, which sent a cease-and-desist letter over its advertising campaign. SodaStream publicly announced it was ignoring the gag order, with CEO Daniel Birnbaum declaring he would "not let the IBWA's threats stop us from trying to save the planet."

SodaStream International's stock has gained 141% in the past year, and like Central Garden & Pet, it trades at 22 times earnings estimates, though with a slightly richer enterprise value trading at 18 times free cash flow, investors might still be able to save this investment.

Fits to a T

Leading men's suits retailer Tailored Brands essentially traded in a narrow band until earlier this month when it rocketed 40% higher in one day following its third-quarter earnings report that showed its Jos. A. Bank brand was finally -- finally! -- gaining traction.

The clothier was acquired in 2015 by Tailored Brands for $1.8 billion and had struggled to make the deal work after clamping down on the buy-three-get-one-free discounting program that made it famous. Customers fled Jos. A. Bank, and Tailored Brands was forced to modify its course, which helped improve results. Of course, the brand is still damaged as comparable-store sales for the quarter were down nearly 10%, a horrendous showing for anyone else but a vast improvement for Jos. A. Bank, which had been recording comps falling by twice that rate.

Tailored Brands stock has now doubled over the past year as a result, and with it trading at 13 times estimates, it may seem cheap, but its own enterprise value-to-free cash flow ratio of 33 indicates it's no deal just yet. There's still substantial doubt about the health of the retail industry and the company is not yet a picture of health, despite the relative improvements underway.

Investors might be better served by avoiding a dressing down that could occur by buying into Tailored Brands until Jos. A. Bank truly turns the corner.