As 2016 draws to a close, one thing is certain: The pace of technological change is accelerating. New technologies are becoming more pervasive in our lives, disrupting entire industries -- and even our way of life -- in the process. The trends that follow are two of the key drivers of this evolution, and should only grow in importance in 2017. 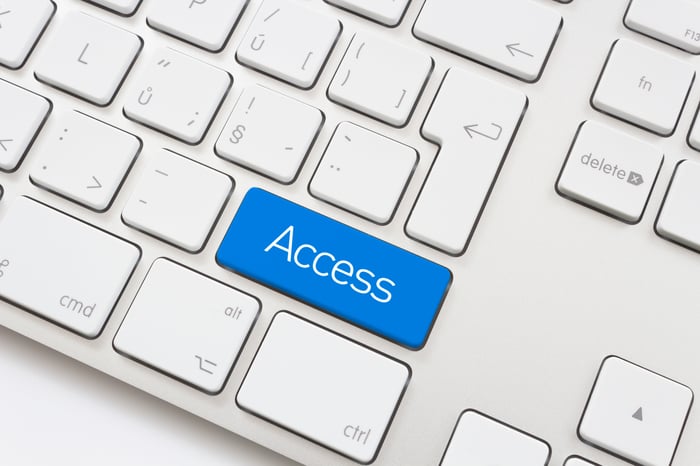 In recent years, the phenomenon known as the "access economy" has been brought about by the emergence of inexpensive, convenient, and reliable access -- without the requirement of ownership -- to an increasing array of goods and services. The rise of platforms that link excess supply to demand are rapidly disrupting major industries.

Ride-booking service Uber is probably the most well-known example of an access economy company. By linking excess capacity (people with cars and time to drive others to their destinations) and demand (those in need of transportation), Uber has disrupted the taxicab industry.

Airbnb is another example. The platform allows people with available rooms in their home to list their space, thereby providing others the opportunity to book accommodations nearly anywhere in the world. Airbnb's ubiquitous and typically lower-cost room availability, as well as its powerful network effects -- as more people list their homes, more value is provided to users of the service -- are rapidly disrupting the hotel industry.

Streaming media services such as Netflix (NASDAQ:NFLX) and Amazon (NASDAQ:AMZN) Prime Video are low-cost content distribution models that have helped to usher in a new trend: the stay-at-home consumer.

As home-based entertainment options steadily improve in both quantity and quality, consumers are increasingly choosing them over out-of-home options. This, in turn, is having a dramatic impact on the retail environment.

Starbucks (NASDAQ:SBUX) CEO Howard Shultz has spoken repeatedly about this this shift toward home-based consumption, mostly as it relates to declining in-store traffic among bricks-and-mortar retailers brought about by the relentless growth of Amazon.com and other e-commerce companies. Starbucks is attempting to counter this trend with heavy investments in digital technology and new delivery options. Yet even with its position as a "third place" between work and home well-secured, the cafe chain is still likely to be impacted by the negative trends in retail traffic. Other less experience-based businesses, such as department stores and big-box retailers, are even more exposed to this threat.

Between a growing abundance of at-home entertainment options and the staggering growth of e-commerce, consumers have more reasons than ever before to remain in the comfort of their own homes. The businesses best positioned to profit from this trend -- Amazon and Netflix are prime examples here -- should continue to deliver handsome rewards to their investors. Many other businesses will be forced to adapt to the shift toward home-based consumption. Those that don't will suffer a loss of relevance in the years ahead.