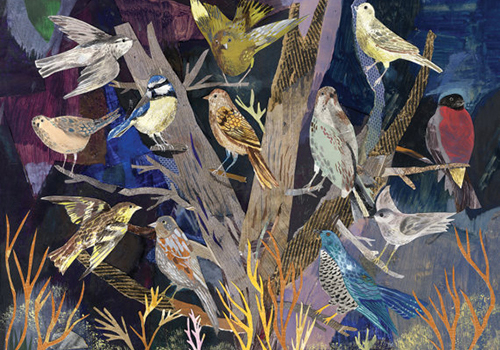 Shares of crafty online marketplace Etsy, Inc. (NASDAQ:ETSY) surged 42% last year according to data from S&P Global Market Intelligence as the company's business model began to gain traction and revenue and profits climbed. As the chart below shows, much of Etsy's gains came following its second-quarter earnings report. 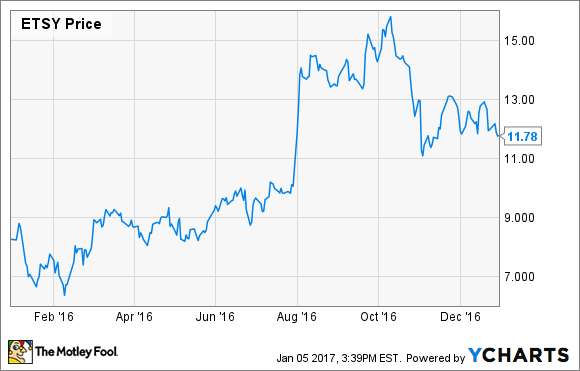 Etsy stock fell significantly last year after debuting at $16 in April 2015, but the company took steps to reassure investors of its potential in 2016. The major jump in the stock came when it gained 40% over a four-day period in the beginning of August after it first got a key upgrade from Citigroup and then reported second-quarter earnings.

In that report, the artisan marketplace showed off 39% revenue growth and a 20% increase on active buyers. The company is increasingly relying on revenue from seller services or features like paid promotions, direct checkout, and Pattern, a tool that allows sellers to build their own website. Revenue from that seller services grew 58% in the quarter and adjusted EBITDA more than tripled to $14 million in the quarter. The company also increased full-year guidance in revenue, gross merchandise sales, and adjusted EBITDA margin. The stock moderated following that surge as the company is still operating at a loss.

The e-commerce industry has not been kind to profit seekers as pretty much every company except for eBay has struggled to generate a significant profit. That may be due to the cutthroat nature of Amazon.com, or it may just be the economics of the industry. Etsy seems to have a unique brand that separates it from Amazon and other online vendors, and it should eventually reach profitability.

Management's guidance has been very conservative recently, which may be a response to last year's stock drop and an effort to manage expectations, or it could mean that growth could slow significantly over the next two years. Right now, Etsy is calling for a compound annual revenue growth of 20%-25% in 2016-18. If it can't reach at least the high end of that range, the stock could be in trouble.