A new report (link open PDF) released by the National Economic Council (NEC), a board created in 1993 to advise the president on domestic and global economic policy, shows that declining competition in some markets has led to rising pricing in the form of hidden fees for American consumers.

The NEC noted that competition not only keeps prices down, it also forces companies to innovate and can push wages higher. In its December report, though, the agency found several indicators of declining competition in the United States. These include "increasing levels of industry concentration, increasing returns to capital accruing to a few firms, lower levels of firm entry, and decreased labor market mobility."

It's a situation where more money has become concentrated in the biggest companies. That creates a market where consumers often pay the price. In many situations, according to NEC, this involves "hidden" or "muddy" prices, situations where the advertised cost does not equal what a person actually pays. 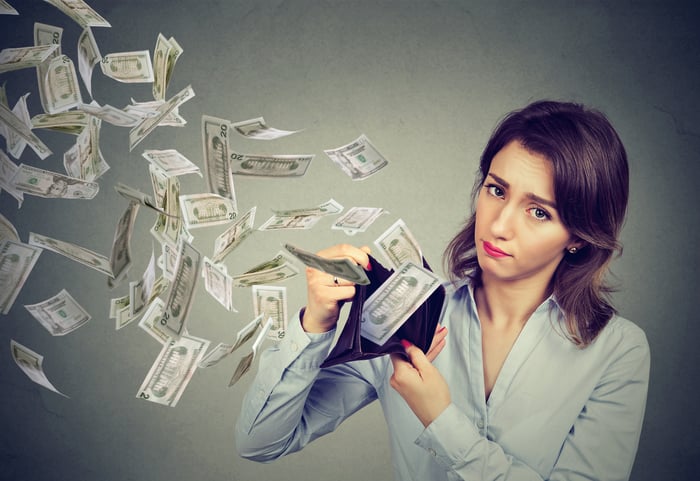 A hidden fee is not an add-on for an extra service, but a mandatory charge that people must pay in order to use whatever they are buying. For example, both AT&T (NYSE: T) and Verizon (NYSE: VZ) charge "line access fees" on top of their advertised prices. Since consumers can't use their phones or data plans without paying this fee, it's not really an extra charge, but part of the basic price.

"In many industries, businesses use so-called 'hidden fees' -- the addition of a mandatory or quasi-mandatory fee to the advertised price of a good or service ... to effectively raise the final price," NEC wrote. "At their worst, such fees can be fraudulent or deceptive; at a minimum, they make prices unclear, hinder effective consumer decision making, and dull the competitive process."

What industries are using hidden fees?

The NEC report listed a number of hidden fees that consumers routinely pay. In some cases, like the AT&T and Verizon example above, these fees have become so ingrained in various industries that people no longer even question them. The worst offenders, according to the report, include:

Not appearing in the report is the cable and broadband industries, where most major players add "broadcast fees," and "sports fees" to their advertised prices and on the internet side charge rental fees for needed equipment. In all these cases, what's consistent is that consumers have no choice but to pay a cost that's more than what they expected based on advertised prices.

What can be done to bring fees down?

In addition to potential regulatory solutions, and new competition forcing companies to abandon deceptive pricing, the NEC said that customers can force an end to these practices. "Consumers and consumer groups play a crucial role in moderating fees," according to the report. "For example, in event ticketing, even absent regulation, consumer outrage at fees has been acknowledged by some vendors who, in turn, have made some effort to clarify why they charge the fees they do."

Of course, the easiest way to end these practices would be to outlaw them. One method of doing that would be to legally require "all-in" pricing. There are various versions of this legislation, but in a broad sense the laws would require companies to advertise pricing that reflects exactly what a person will pay.

It's easy to see why consumers would want this and some companies would not. Forcing businesses to disclose the final "all-in" price may not lower prices, but it would at least allow for a level playing field and a more informed buying public.