In 2016, amid a tough sales climate for commercial jets, Airbus' (OTC:EADSY) A380 jumbo jet posted a goose egg. The two orders Airbus received last year were offset by two cancellations. The A380 didn't sell much better in 2015, either, bringing in a grand total of two net orders.

Indeed, the A380 has never lived up to Airbus' sales expectations. The competing Boeing (NYSE:BA) 747-8 jumbo jet has been even less popular. Changing air travel patterns have undermined the business case for jumbo jets. 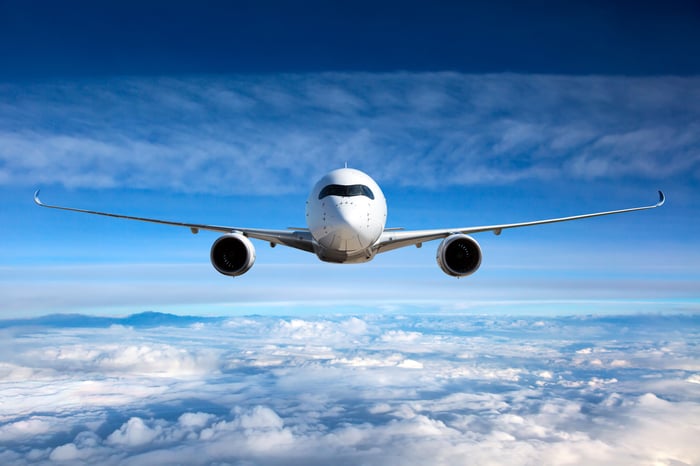 Airbus executives still claim that the A380 was just ahead of its time and will grow in popularity going forward. They are almost certainly fooling themselves.

The A380 backlog shrivels up

Airbus delivered 28 A380s during 2016, up from 27 a year earlier. But in delivering 55 A380s since the beginning of 2015 while receiving only two net orders, Airbus has rapidly depleted its order backlog.

Airbus currently has a backlog of 112 firm A380 orders. However, as many as 49 of these orders are likely to be canceled due to airlines' fading interest in jumbo jets. Nearly all of the other 63 A380s on order -- 50 to be exact -- are destined for a single customer: Emirates.

A year ago, Airbus hoped to bolster its A380 backlog while diversifying its customer base by selling a dozen A380s to Iran Air. However, when Iran Air firmed up its landmark deal with Airbus last month, the A380 was no longer included.

Due to the shrinking backlog, Airbus announced last year that it would slash production of the A380 to 20 units in 2017 and then 12 annually beginning in 2018. However, last month, Emirates deferred six orders from 2017 to 2018 and another six orders from 2018 to 2019 due to engine problems. As a result, Airbus will have to cut A380 production even more drastically this year.

While Airbus is focused on reducing its fixed costs, it will still struggle to break even building just 12 A380s per year. Recovering the type's massive development costs and the losses incurred on early production models is out of the question.

Nevertheless, top Airbus executives remain committed to the A380. They note that global air traffic has been doubling every 15 years and the vast majority of passengers travel through a relatively small number of big cities. Many of those airports are already congested. As a result, Airbus executives believe that airlines will have to add jumbo jets like the A380 to their fleets to meet demand growth.

It's true that air traffic is growing at a strong pace, but that doesn't mean airlines will need to use ever-larger planes to move passengers through enormous megahubs. While Emirates has had notable success with that model, many airlines are going the opposite direction by opening up new point-to-point routes.

Boeing's revolutionary 787 Dreamliner has played a big role in that process. The Dreamliner can fly as far as a jumbo jet with comparable unit costs but is dramatically smaller. (Many airlines configure Boeing's 787-8 and 787-9 models with 200-250 seats, about half as many as an A380 typically holds.) 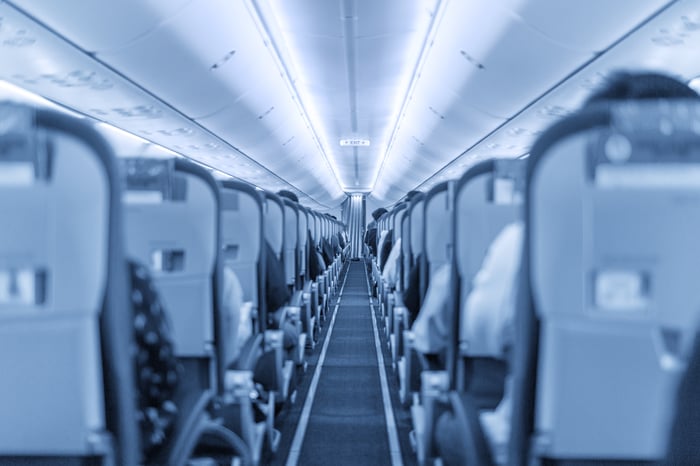 The Dreamliner has already enabled numerous new point-to-point routes. These routes siphon traffic away from the biggest hubs by allowing travelers to fly nonstop. If air traffic does indeed double over the next 15 years, a slew of additional point-to-point routes will become viable. Thus, the natural growth of air travel in big hub markets will be offset to a large degree by the cannibalization of their connecting traffic by new point-to-point service.

For the next few years, Airbus can break even (approximately) while delivering just 12 A380s a year, nearly all for Emirates. But Emirates has already started to ask for an upgraded model with new engines to improve fuel efficiency. Airbus can't afford to sink any more money into the A380 program unless the new model would be far more popular than the current version.

To make matters worse, Boeing's new 777X will give airlines even less reason to operate the A380. The 777-9 model will hold more than 400 passengers in a three-class configuration, putting it in the low end of the jumbo jet segment. And with state-of-the-art engine technology, it is likely to be far more fuel efficient than the Airbus A380.

Emirates has already given the 777X its seal of approval, ordering 150 from Boeing. In the coming years, even Emirates -- the only big fan of the A380 -- could find that the 777X is big enough for its purposes. (Boeing is also reportedly mulling a stretched version of the 777X, which would put it even closer to the A380 in terms of capacity.)

Today, Emirates operates at the capacity-constrained Dubai International Airport. However, it plans to move its hub to Dubai's new airport within the next decade. The new airport will eventually have five parallel runways capable of simultaneous operations, compared to two at the current airport. That will enable Emirates to grow by adding flights rather than needing to use the biggest planes available.

Cost-cutting has bought Airbus a few years to look for new A380 orders. However, there are very few (if any) airlines for which buying additional A380s would make sense. As a result, the A380 is unlikely to rebound from its current order slump and Airbus may be forced to kill it off within the next decade.