Amazon's Alexa has a multitude of partners in and out of the home and the number of integrated features is staggering. Apple, Microsoft and Google are rushing to catch up.

In its annual mobile apps survey, Research firm Gartner predicted that by 2019 virtual assistants will account for 20% of all smartphone interactions. With that level of user engagement,  predictably all of the largest technology companies are invested in the segment and each brings a different strength to the field.

Will 2017 be the year of the virtual assistant?  Image source: Pixabay.

Many media reports  are calling Amazon's (AMZN 3.58%) Alexa the hit of the Consumer Electronics Show.  In 2015, Amazon made a skills kit available to developers that allowed partners to incorporate voice commands. Fast forward to 2017 and Alexa can integrate with an estimated 5,000 third-party apps,  from refrigerators to TV's, from cars to vacuums, and lest we forget, the Echo smart home speaker.  The novelty of this device made it among the top selling items on Amazon's website during the holidays. This was a brilliant strategic move by a company without a smartphone as an installed base. Amazon does, however, have a roster of well-known companies in its corner including Ford, Samsung and LG to name a few. In addition to product integration, Alexa can be found in a dizzying number of bots that can order a pizza from Domino's, schedule an Uber, or check your Capital One balance. This gives Amazon the early lead in terms of reach and momentum, but the lack of a mobile device means that challenges remain.

Apple (AAPL 2.45%), represented in the category by Siri, hasn't seen much love. Her earliest incarnation could only answer correctly about 65% of the time,  and users complained that far too often she defaulted to Google rather than answering the question. Consumers tend to remember those early first experiences, and Siri still has a bad reputation. She shouldn't be counted out yet, though. Apple has been taking steps to improve Siri's understanding. In mid-2014, Siri's brain was replaced by an artificial intelligence (AI) based neural network and Apple claims that Siri now has a less than 5% error rate. Apple argues that it isn't necessary to upload all of your data to the cloud in order for Siri to improve. It uses a technique called differential privacy, which keeps individual information at the local phone level and protects user privacy.  Though it currently doesn't have a, Echo-like voice-activated speaker, reports indicate that a prototype is currently in the testing stage.

Alphabet's (GOOG 5.20%) (GOOGL 5.11%) Google has introduced Google Assistant, which expands on the capabilities of Google Now and OK Google. This assistant is currently available on its Pixel phones and can be accessed on other smartphones via the Google Allo app. This virtual helper is more conversational and has produced impressive early results due to experiences gained from its predecessors. It was found to rival and in many cases surpass its nearest competitors. Assistant's greatest strength may be the ability to answer follow-up questions, a feature many of its rivals lack. Integration with Google Home smart speaker puts it squarely in competition with Amazon's Echo. Its strengths include entire home synchronized audio and grouping of smart-home commands. Some researchers believe that Alexa will cede its early lead in the category to Google Assistant by 2020. 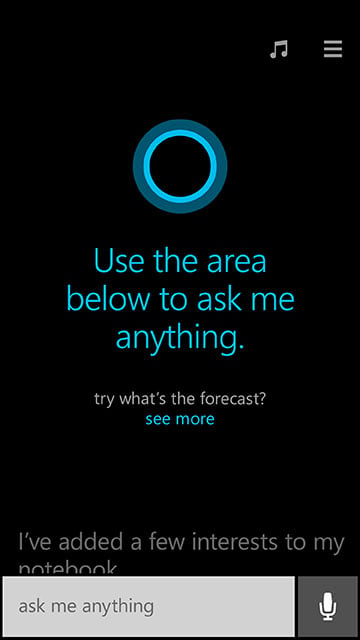 Microsoft's (MSFT 3.42%) Cortana is available across its Windows 10-based devices including phones, tablets and PC's. It has many competing features, but has exhibited difficulties responding to requests, reminiscent of Siri's early days. Microsoft announced late last year that it would open Cortana to third party integration, so expect a number of hardware integrations on the horizon. It has yet to introduce an interactive speaker, but its first hardware partner is Harman Kardon and one is expected sometime this year.  In a shrewd move, the kit used by developers is remarkably similar to that of Alexa, allowing them to piggyback off the work they have already done. This will accelerate the process of producing hardware that will integrate Cortana.

Those interested in a task-based comparison between the four might find this article by Business Insider of interest. Despite the varying capabilities among these entries, one thing is clear: nearly every person with a computer, tablet, smartphone, or home speaker system will have access to a virtual personal assistant in the coming year. With this level of exposure, consumers will begin to adopt these virtual assistants, and as the technology becomes more advanced, providers will find new, more innovative ways to incorporate them into our everyday lives. Society is still in the early stages of the adoption cycle for these digital helpers, but it appears that this year is the tipping point.