While Amazon's newest bookstore in San Diego has all the familiar trappings and the hottest titles, its primary mission may be far different. Welcome to the Amazon ecosystem!

When my wife said she wanted to take a long-awaited pilgrimage to a bookstore, I thought it would be a perfect opportunity to check out Amazon.com's (AMZN -3.31%) recently opened Amazon Books concept in San Diego. Based on my previous bookstore experiences, I expected a sprawling big-box bookstore packed with tens of thousands of books crammed into every available shelf space, like sardines. What I found was a small, unassuming location with only a few thousand titles, with space for every book. I also found opportunities to join the Amazon ecosystem at every turn. 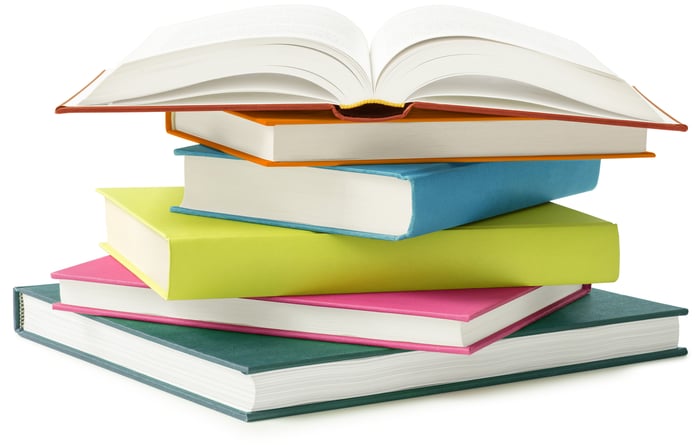 It's been quite some time since my last visit to a bookstore. Years back, my family and I would go to the Borders near our home every few months. We would browse the seemingly endless supply of books that lined its shelves from floor to ceiling, as well as other sections containing a variety of newspapers, music, and movies.

Amazon Books was quite different. There were no movies or music. There were wide aisles without crowding, and while there were plenty of books, there were far fewer than I had imagined.

Only the most popular titles could be found. They were arranged with the covers facing up so that you could see each one. Though not the most efficient use of space, it made browsing a much less complicated experience. If a specific title was not available, customers were reminded that it could likely be purchased on Amazon's website.

And so much more

What was most surprising was the wide variety of Amazon devices in the store. These included Fire Tablets, Kindle e-readers, and Fire TV Stick. The Echo and Echo Dot, Amazon's interactive speaker systems with the Alexa virtual assistant, were featured prominently. Placards illustrating people using numerous Alexa commands hung between them: "Alexa, shuffle my workout playlist" and "Alexa, find me a Chinese restaurant" were two such examples.

Several of each of the devices were mounted on stands for hands-on customer interaction. Amazon Basics electronic accessories, as well as partner products that integrate with Alexa, were available. This area covered approximately 25% of the store.

One employee that I spoke to indicated that this was the store's "discovery center." Many customers need the experience of touching the products, listening to them, and interacting with them before making a purchase. This provided a safe place for experimenting and discovery of the features, capabilities, and benefits of the products. Kindle e-readers could also be found on shelves among the books, displaying a nearby title, with customer testimonials regarding their love of the product.

Signs advised customers that Amazon Prime members would pay the same prices found on the website for both books and devices. For non-members, devices cost the same as for members, but they paid the list price for books. Staff would helpfully suggest that they would save on their purchases by becoming Amazon Prime members and detailed the many additional benefits of membership. 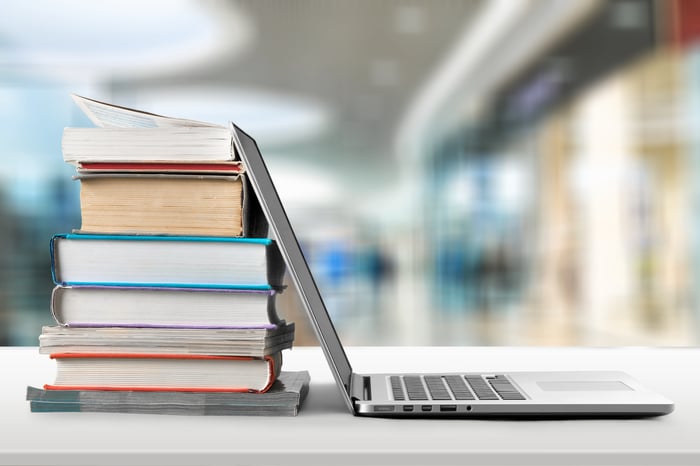 The one thread running through the entire visit wasn't so much that this was a bookstore, though by all outward appearances it was. Amazon Books provided all the familiar trappings and is a delightful bookstore in its own right -- wide aisles, top sellers, and easy to see books make it an ideal place to while away an afternoon. The undercurrent, though, revealed a rather ingenious way of familiarizing customers with Amazon products and services.

This is an important, when considering the following statistics.  Amazon estimates that Prime members spend twice the amount of non-members, though some estimates put that number as high as 4.6 times.  Current Prime membership is estimated at 63 million -- more than half of US households.  The Echo and Echo Dot have an installed base of approximately 5 million, which also permit ease of ordering.  Customers with a current Amazon store credit card spend 16% more than the average Prime member.  Finally, Amazon recently introduced its new Prime Rewards Visa card, which offers 5% back on Amazon purchases.  Each of these is part of a coordinated strategy aimed at increasing the number of Prime members, as these customers are the company's most lucrative.

As an investor, I think this is a brilliant strategy. The prominent displays of its devices, the demonstrations of product capabilities, and the regular reminders of the benefits of Prime membership are a clever way to introduce the uninitiated to the Amazon ecosystem.