Shares of application performance monitoring (APM) specialist New Relic (NYSE:NEWR) have soared today, up by 14% as of 12:35 p.m. EST, after networking giant Cisco Systems (NASDAQ:CSCO) announced it would acquire peer AppDynamics for $3.7 billion.

The news comes just days before the latter private company was preparing to go public. AppDynamics had already filed to go public under the ticker APPD, and its IPO was expected to price this week. Both companies offer APM tools, among other software solutions. 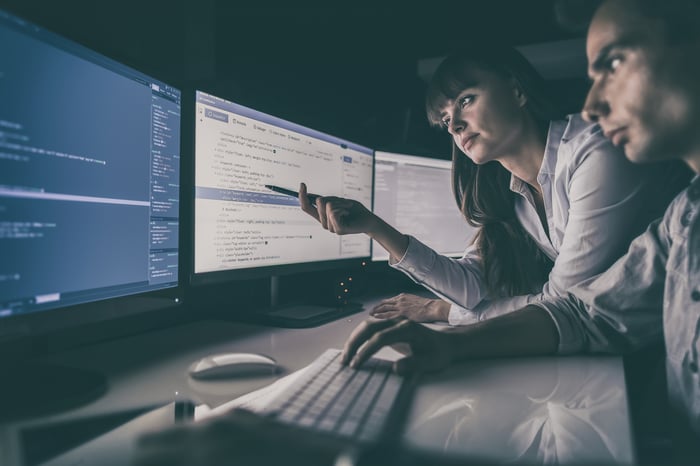 The acquisition suggests that other publicly traded peer companies should perhaps be fetching higher valuation multiples. At least one analyst at Cowen made that argument, noting that AppDynamics is being acquired at around 10 times enterprise value to projected 2017 sales. APM offerings are becoming increasingly important and the space is likely to heat up. New Relic may also enjoy some seasonal tailwinds heading into the latter half of 2017, and adoption of New Relic's new Server offering is expected to rise as well.