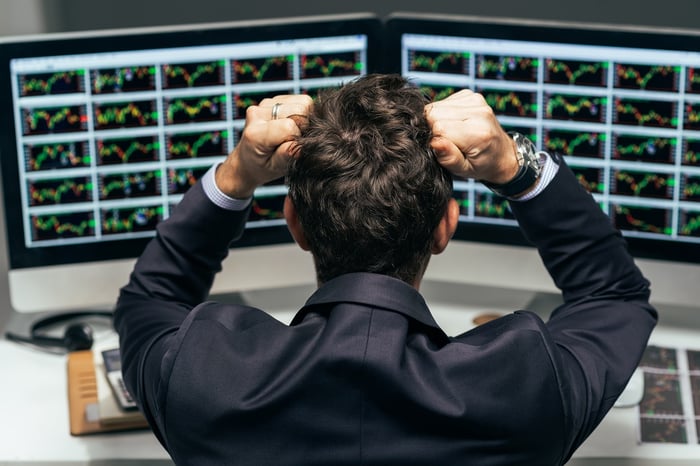 Shares of Opus Bank (NASDAQ:OPB) are down by about 24% as of 11:00 a.m. EST as the company reported worse-than-anticipated fourth-quarter earnings due to a growing pile of problematic loans.

Nonperforming loans took a bite out of earnings, as the bank reported higher provisions to build its allowance for loan losses. The table below shows how its fourth-quarter 2016 results compare to 2015.

Perhaps most alarming is that the company entered into agreements to issue stock at a huge discount to its most recent closing price. In the press release, Opus Bank noted that it sold $53 million of stock at $18.50 per share over the weekend, for net proceeds of about $50 million. That works out to about $17.45 per share after expenses, a 36% discount to the market closing price on Friday and about 15% less than where shares currently trade.

In a presentation, Opus Bank highlighted its efforts to improve credit quality. The company said that over the past four months, 57% of its loans were reviewed by an internal team and/or a third-party review firm. In particular, it combed through 99% of its commercial business loan balances and 97% of its commercial real estate loan balances, two areas that have seen the most deterioration.

Skeptical investors naturally wonder why they should hold on to a stock the market values at more than $20 per share when the bank agreed to issue stock for as little as $18.50 per share over the weekend.