Few IPOs have taken their shareholders on a ride quite like Twilio (NYSE:TWLO) stock. Making its debut on the public markets at $15 per share, the stock skyrocketed to $70, before losing 60% of its value in just under three months' time. 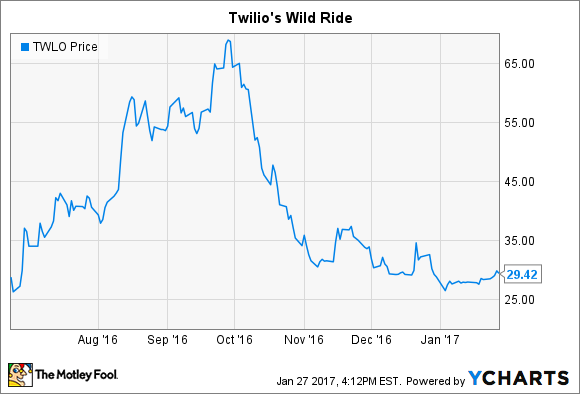 You'd think after a fall like that, the short-sellers would pat themselves on the back, call it a day, and move on to some other high-priced tech stock. But you'd be wrong: According to The Wall Street Journal, approximately 28% of Twilio's float is currently sold short -- an indicator that investors truly believe the stock still has a long way to fall.

So are those short-sellers right, or will they fall victim to an incredible short squeeze? Let's investigate.

A primer on what Twilio does

You could be forgiven for not knowing exactly what it is that Twilio does. In industry-speak, the company is a communication-as-a-service cloud player that allows companies to connect with their customers. In plain English, Twilio offers its customers the tools to give people real-time updates about anything under the sun. 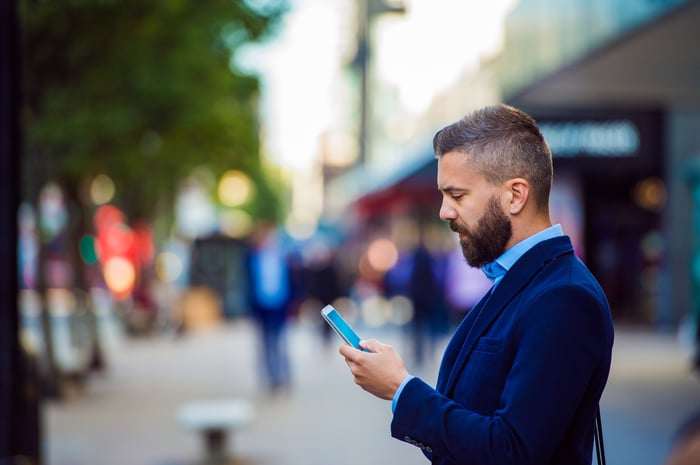 In short, the company provides a platform and the tools necessary for companies to communicate with customers. And one of these companies could build the same system in house, but it would have huge upfront costs, be laborious, and potentially distract businesses from their core purposes.

Without a doubt, Twilio has shown impressive growth in its short time as company.

But, it also has yet to turn a profit, and that's really only the tip of the iceberg when it comes to why short-sellers are licking their chops.

In my opinion, there are a number of factors that make Twilio's business fragile to unforeseen events in the near to medium future. First and foremost among those is the company's huge reliance on a just a few customers.

While not identified outright, Facebook (NASDAQ:FB) most likely accounted for a whopping 16% of  all revenue for the company in the most-recently reported quarter. WhatsApp -- owned by Facebook -- relies on the aforementioned phone verification process, and Facebook Messenger recently signed on with Twilio so that businesses using Twilio can communicate directly with customers over the Messenger interface.

In addition, the company's next three largest customers accounted for 10% of revenues, and another six more combined to account for another 5%. Here's another way to visualize it.

The scary thing about this is that all it would take is a single decision by a single individual at one of these companies to notably change the company's top-line growth. While the concentration risk itself isn't as severe as what it used to be, this is a concern worth considering.

Additionally, there are competitors out there offering similar services for cheaper -- including nearby San Francisco rivals Nexmo, and Sinch, as well as North Carolina-based Bandwith.com. With the best-in-class distinction that Twilio has earned, I would personally love to see the company offering its services for cheaper than the competition to drive them out of business. Of course, that's a tenuous balance when you aren't turning a profit, but it leaves the door open for customers to make a quick switch.

What Twilio will have to do to beat down the bears

By far the two biggest advantages that Twilio has is its first-mover status, and high-switching costs associated with leaving the company and switching to a competitor. To say that the company's list of clients is impressive would be an understatement, and that name recognition -- while not visible to most end-users -- is like gold.

Additionally, if any company were to switch over to another provider like Bandwidth.com, there would likely be high-switching costs. Those switching costs wouldn't necessarily be financial in nature. Instead, the change could create huge headaches as employees have to be retrained on a new system, and customers might be left in the lurch while bugs are hammered out.

But perhaps most importantly, the company needs to diversify away from having such a small fraction of its customer-base provide such a huge portion of sales.

All of this, in essence, means that bears have a very good argument in their favor. Over the long run, it is well within the realm of possible futures that Twilio's moat could grow ever wider, and the company could reward shareholders. But it will take time for that moat to develop, and in the interim, short-sellers will likely continue to pressure shares.