Please ensure Javascript is enabled for purposes of website accessibility
Log In Help Join The Motley Fool
Free Article Join Over 1 Million Premium Members And Get More In-Depth Stock Guidance and Research
By Morris Pearl - Updated Jun 6, 2018 at 11:03AM

Net interest margin is what making money in banking is all about, so learn more about it before you invest in the industry. 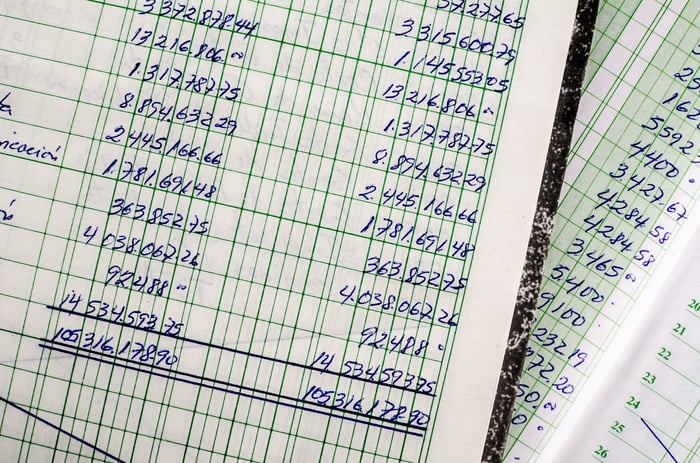 Before investing in a bank, or in any company for that matter, you should understand the business model the company uses to make money.

The vast majority of banks in the United States try to earn profits by loaning money to their customers and earning interest on those loans. The money they use includes the capital invested by their shareholders, but most of the the funding for loans -- usually around 90% -- is borrowed from depositors or lenders.

Just as you would hope a car company sells cars for more than the cost of manufacturing them, you hope that a bank can get more interest income than it pays to borrow the money. That difference, called the net interest margin (NIM), is analogous to an operating margin for an industrial company. Like operating margin, NIM is generally more stable than net income. Management always wants to improve their margin relative to their competitors, but that means either finding depositors or lenders who will accept lower rates, or finding borrowers who will pay more interest -- ideally without increasing the bank's risk.

Just like a car company might attempt to increase its margin by making cheap but shoddy cars that end up costing a lot in later periods (in both warranty claims and reputational damage), a bank could try to its net interest margin in unsustainable and dangerous ways. Making risky loans could increase NIM in the current period, but end up hurting the bank's profitability in a later period when the loans are charged off. How does this work? Well, risky loans generally carry much higher interest rates, which effectively increases the gap between the cost of capital and the return they receive on the investment. There are a couple of ways to detect risky NIM practices. First, check if the NIM has varied wildly over time, especially short periods of time. That generally means that the bank's loans are vulnerable to passing problems in the economy. Good loans are more likely to be repaid regardless of what's going on in the national or international marketplace. Another way to look for suspicious NIM increases is to check the ratio of non-performing loans (loans that the debtor hasn't paid in 90 days) to total loans. If the ratio has frequent, dramatic swings, it's likely that the loans that are being made aren't very trustworthy. Just like with volatile NIM, unstable non-performing loan ratios are indicative of loans made to people who may or may not be able to repay their loans because of outside economic factors -- the very definition of risk.

Let's look at New York Community Bancorp (NYSE: NYCB) as an example of how the NIM is calculated. From its latest 10Q report, which covers the quarter ending September 30, 2016, New York Community Bank's total interest revenue is $416.1 million, and its total interest expense is $97.7 million, making its net interest income $318.4 million. To express that as a margin, it must be divided by the base and expressed as an annualized percentage.

The definition that Moody's uses for NIM is net interest income for the year as a percentage of average interest-earning assets. Net interest income is pretty straight forward -- we use the number from the last quarter (and we will adjust to calculate NIM as an annual percentage). Exactly what average interest-earning assets means can be slightly different for different analysts -- although the differences are generally not material.

How to calculate net interest margin

Banks do financial reporting quarterly, so you could average the beginning and end of the quarter. The banks also disclose regulatory reporting numbers, which are done slightly differently. Some banks additionally disclose normalized numbers adjusting for non-taxable income. To simplify, we will just use the numbers from New York Community Bank's latest quarterly 10Q report:

I calculated the bank's earning assets as the sum of all of the securities, the cash, the loans net of allowances and the bank owned life insurance ($772 million + $3.81 billion + $39.67 billion + $945 million, the bold numbers in the table above). The sum is $45.20 billion. Most of those numbers in the 10K's balance sheet can be ignored -- they are either redundant or things like computers and furniture that we don't count because they don't contribute to the the actual business model. Dividing the $318.4 million of net interest income mentioned above by the total earning assets of $45.2 billion  , and multiplying by four (to annualize), results in a net interest margin of 2.8%. This is a little lower than the U.S. banking industry as a whole, which averages 3.18%. If you are contemplating investing in NYCB, then you can decide whether the valuation is appropriate for a bank with a lower than average margin. This is really a performance metric, for assessing the quality of the management, not a valuation metric. The main valuation metrics for mid-sized banks are still price-to-earnings or price-to-tangible book value. You buy a bank either because you expect good earnings over time, or because the market undervalues its assets. In the case of this bank, shareholders are paying up a little bit for the earnings, probably because of stability.

NIM Relative to other banks

When you look at NIM, you can compare it against other banks in the same period. NIM varies over time, and tends to rise as interest rates go up -- just like a car company can increase its profit margin if it can raise the prices of the cars. Most banks can raise the rates they charge on loans more quickly than the rates they pay on deposits. However, I would be very wary of a bank if its NIM tended to be more volatile than other banks. You don't want to invest in a bank that grows by making loans without being diligent about making sure that the loans will be repaid. When evaluating a bank, I would also make sure to look at how the net interest margin compares with other banks in its peer group because net interest income varies between different types of banks. NYCB is a little low for its peer groups -- either New York institutions, or banks with $10 billion-$250 billion in assets.

NIM varies over time and with economic conditions. I tend to look at NIM relative to other institutions -- analogous to operating margin for an industrial company. In the case of this bank, the margin is a little bit lower than other institutions. That is one factor you can take into account when you value the company and make an investment decision.   As an investor, you want to look at NIM as a measure of the efficiency of the underlying business of the bank. In this case, we have a bank that has a lower margin, but has a more stable business. This is analogous to the way utilities with steady earnings generally have much lower margins than tech companies. Ultimately, what you're looking for in terms of NIM as an investor depends on the type of investment you're trying to make. Obviously a higher NIM is better, but watch out for unstable ones unless your risk tolerance is equally high.