With the failing retailer increasingly looking like it's heading towards bankruptcy, Stanley may find it overpaid.

If Stanley Black & Decker (SWK 0.26%) had simply waited a few more weeks, it might have been able to pick up the Craftsman brand for just pennies on the dollar, as it seems clear to everyone now that Sears Holdings (SHLDQ) is caught in its final death throes.

Following the ominous warning last week from Fitch Ratings about potential liquidity issues, shares of the ailing retailer have lost about a third of their value. Stanley could have simply waited for the coming bankruptcy declaration to buy the tool brand on the cheap. 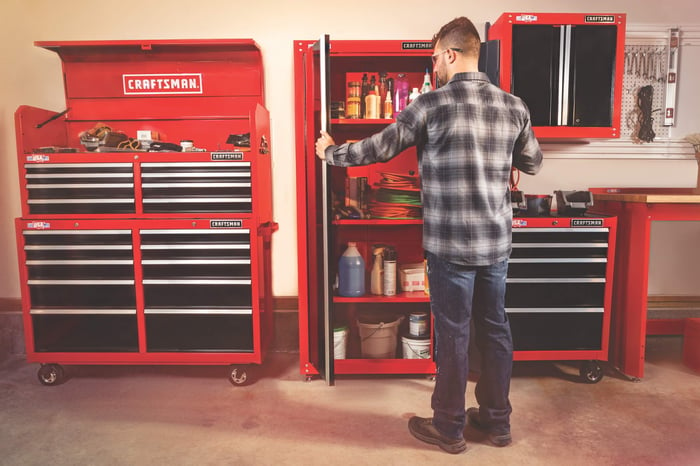 Anyone watching Sears at any point over the past couple of years should have known the end was nigh. Only able to subsist on recurring, one-time transfusions of cash from chairman and CEO Eddie Lampert, Sears is hemorrhaging sales and shedding assets in a last-ditch attempt to stay afloat. But it should have become immediately clear when the retailer made three deals in quick succession just how dire the situation was -- and how desperate Sears had become.

Within a single week, Sears secured a standby letter of credit facility for up to $200 million with the potential for expanding it to $500 million, entered into a $500 million committed secured loan facility secured by mortgages on dozens of properties, and announced it was selling the Craftsman brand to Stanley for $900 million.

Shedding the best, keeping the rest

Although investors have become accustomed to seeing Lampert inject cash into the retailer over the years, the Craftsman sale was unlike any of the other deals Sears had negotiated for its assets. Typically it spun off the business into a separately traded company, such as it did with Sears Hometown & Outlet Stores, Orchard Supply, and Land's End. Despite Lampert hinting at doing things differently with the remaining Kenmore, Craftsman, and DieHard brands -- he said he wanted to "realize significant growth by further expanding the presence of these brands outside of Sears and Kmart" -- most probably figured he'd agree to sell their products at other stores.

While he did, in a way, do just that with Craftsman, and on the surface the deal theoretically was a good one for Sears also, but the nuts and bolts of it show that neither Sears nor Stanley Black & Decker might win with the way it was structured.

On the one hand, Stanley bought the brand outright, allowing it to sell the tools in whatever retail channel it wants, just as it does with its other tool lines. But it also agreed to let Sears retain rights to manufacture and sell Craftsman tools in its stores, too, for a period of 15 years, plus receive annual payments of 2.5% to 3.5% on the new sales Stanley makes for a period of three years.

Stanley says the deal is structured to insulate it from any possible implosion by Sears, which, after these past few days show, was a smart thing to do, but it also calls into question the wisdom for Stanley doing the deal as it did.

The problem for Sears with the sale are legion. Customers were already not shopping in its stores and it just gave the handful that still do a very good reason to now stop. If they can get a Craftsman tool at Home Depot (HD -0.20%), Lowe's (LOW -1.69%), or Ace Hardware, why would they bother to step foot in Sears? Lampert's virtually assured that Sears sales will crater further. And it's yet one more quality brand it no longer owns. 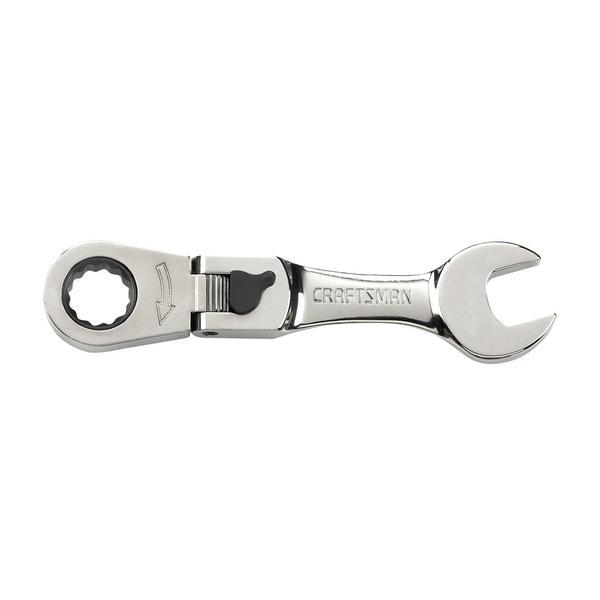 Yet Stanley isn't necessarily making out, either, as there's no guarantee Home Depot or Lowe's will want to carry Craftsman tools. As the house brand of Sears, Craftsman is still closely associated with the failing retailer and the tools will be competing directly against Home Depot's Husky brand and Lowe's Kobalt. While Stanley does make Husky hand tools for the big-box store, Home Depot and Lowe's might not want to introduce a direct competitor to their private label brands.

A bankruptcy by Sears may just be the best thing for Stanley, and maybe it expected it all along because if it happens, then it wouldn't have to worry about Craftsman tools also appearing in Sears stores at potentially different price points creating consumer confusion.

Ultimately, the Craftsman brand is probably better in Stanley's hands than in Lampert's, but if Sears does manage to linger on, clutching to life -- and Lampert has shown amazing resiliency with the retailer before -- Stanley Black & Decker may end up not winning any plaudits for crafting a deal that works against its best interests.