Himax Technologies (NASDAQ:HIMX) lost nearly 38% of its stock price value in 2016, and it has been off to slow start this year. To turn things around, the company will need to prove that it can get through a potential shift in smartphone display technologies in China, as well as deliver on its own projected ramp-up of augmented reality (AR) display technologies for its customers by the end of this year. 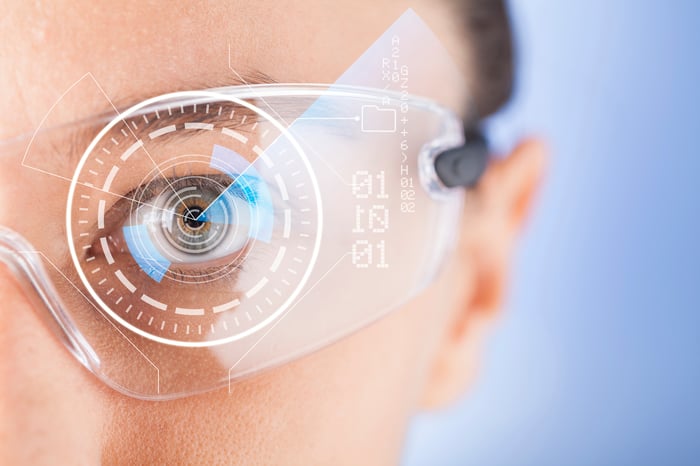 Some news came out this week that might make Himax's year a bit more turbulent than previously expected. Analysts at Baird Equity Research, Tristan Gerra and Maggie McNally, said that China's smartphone market is transitioning this year from driver integrated circuits (IC), which HiMax makes, to gate-in-panel technology.

The analysts said (republished by Barron's):

[...] China smartphone market appears to be correcting. China panel makers are expected to start adopting gate-in-panel technology this year, which would reduce driver IC content. Himax's in-cell touch design has been delayed, while OLED ramp at China-based panel makers is not expected until 2019.

In short, the analysts believe this transition in China's smartphone display market will hurt Himax's business, and in turn could push down its stock price by about 20%.

Of course, how much (if at all) the shift in panel technology will change Himax's stock price is pure speculation. But if the shift does happen, it could certainly impact the company's current focus on driver ICs.

Himax's CEO Jordan Wu said on the company's Q3 2016 earnings call back in November that the Chinese smartphone market was bright spot for his company: "The strong rebound of our smartphone driver IC business this year came from our long-standing leading market share in China where our end brand customers are performing strongly."

Clearly, any reduction in Chinese customer demand could reverse the benefits Himax is currently experiencing in China. That means Himax may need to prove this year that it can adjust to a shifting market in China without losing too much of its drive IC business.

Prove that its AR investments are paying off

It's no secret that Himax is betting on the long-term prospects of augmented reality (AR). The market could be worth $83 billion by 2021, and Himax's liquid crystals on silicon (LCOS) and wafer-level optics (WLO) could become major parts of AR displays.

The company mentioned on its third-quarter earnings call that new production for its LCOS and WLO will come from "major customer" later this year, or in early 2018.

Management isn't worried about the short-term slow down of AR component sales right now, and it's hopeful that a ramp-up in late 2017 and early 2018 will pay off. Wu said on the call:

We are not particularly worried about the short-term headwind as the said major customer is more committed than ever in the long-term development of the AR product concept, which is viewed as a new computing platform and that Himax remains a critical partner to the customer in these AR efforts.

But for Himax's plans to pan out, it needs to see significant upticks in sales to AR customers later this year, as it's predicting. I've written before that Himax's AR play could take years to pay off, and the company should be able to prove toward the end of this year that it's well on its way.

This might be the year when Himax starts seeing tangible results toward its AR goals, but the gains won't likely come until the company proves it can both make it through technology shifts in the Chinese smartphone display market and stay on track for building out future AR display technologies at the same time.