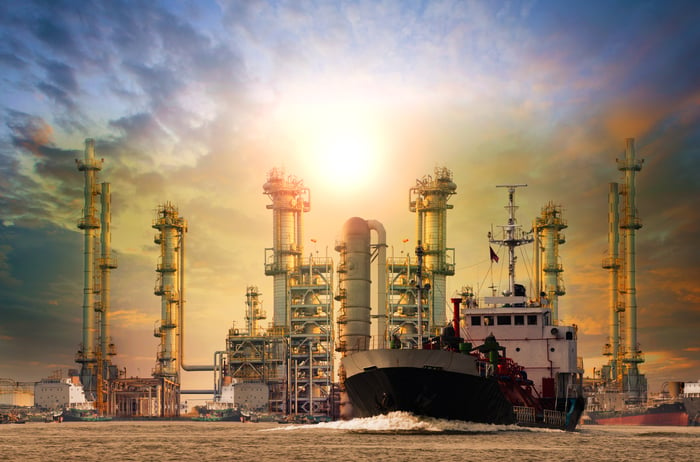 Refiners like Phillips 66 (NYSE:PSX) faced a tough operating environment last year as rising costs, and other issues, squeezed margins. Not only did those problems grow worse during the fourth quarter, but a range of items across several of the company's other business segments caused its earnings to deteriorate even further. As a result, the company did not even come close to meeting expectations when it reported fourth-quarter results on Friday morning, as adjusted earnings were just $0.16 per share, which was $0.24 less than analysts' expectations. Here's a look at what went wrong this quarter.

Refining: What could go wrong, did

Several factors fueled the adjusted loss, including lower margins resulting from shrinking crack spreads, higher costs, and lower volumes due to turnaround activities. The decrease in margins due to shrinking spreads and rising costs was not a surprise after seeing refining giant Valero Energy's (NYSE:VLO) fourth-quarter report earlier in the week. Valero Energy noted that its refining earnings fell because gasoline margins in some regions were weaker during the quarter and that it saw a spike in costs to meet its biofuel blending obligations. That said, Valero still managed to earn a profit during the quarter.

One of the reasons Phillips 66's refining segment dropped into the red was because it also had a major refinery turnaround during the quarter, which resulted in its utilization rate falling to 93%, causing volumes to slip. Add in some other company-specific pricing issues for volumes shipped on certain pipelines, and it seemed like everything that could go wrong during the quarter did.

After several tough quarters, there were reasons to be optimistic that earnings in Phillips 66's midstream segment would rise in the fourth quarter. Not only was it expected to bring two major growth projects online, but its DCP Midstream (NYSE:DCP) joint venture seemed to be turning things around thanks to rising commodity prices. Unfortunately, that growth did not materialize during the quarter. Instead, adjusted earnings fell from $75 million last quarter to $33 million in the fourth quarter.

Driving that decline was the fact that DCP Midstream took a step back during the quarter. The midstream company reported an adjusted loss of $6 million, which was down from last quarter's $9 million profit, driven by the timing of reliability and maintenance spending. On top of that, several of Phillips 66's other midstream businesses performed poorly during the quarter. Earnings in its transportation segment declined 14% to $69 million while NGL earnings slumped more than 50%, primarily due to start-up costs at its LPG export terminal. The only good news during the quarter was that earnings from Phillips 66 Partners (NYSE:PSXP) increased from $28 million to $36 million, resulting from the completion of a $1.3 billion drop-down transaction to Phillips 66 Partners during the quarter. 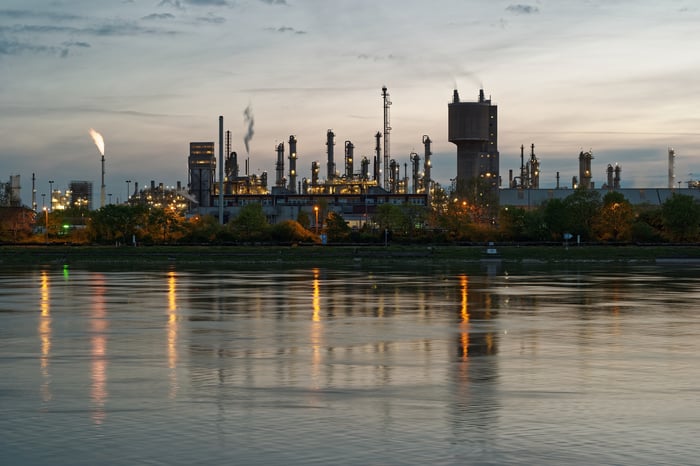 Chemicals and marketing: So much for stabilization

The final flaw on the quarter was the unexpectedly deep decline in earnings at Phillips 66's other two business segments: Chemicals and marketing and specialties. Phillips 66's chemicals joint venture with Chevron (NYSE:CVX) reported a 35% drop in adjusted earnings, which fell to $124 million due primarily to lower margins and turnaround activities. Chevron did not mention these issues when it reported earnings last week, though that's not too surprising given the global oil giant's size, which makes income from this joint venture seem like nothing more than a rounding error in its U.S. downstream segment.

Finally, adjusted earnings in the marketing and specialties segment plunged 47.6% over the prior quarter to $140 million. Driving the decline were shrinking margins resulting from higher refined product prices, which are a result of rising oil prices. The company also experienced higher costs in its specialty segment due to a brand turnaround as it spent money on a brand refresh program. This decline came as quite a surprise given the typical reliability of earnings in this business line.

Two broad themes drove the earnings underperformance across Phillips 66's segment results in this quarter. First, the company faced higher input costs from rising oil prices, which squeezed margins across all its segments. On top of that, the company experienced several one-time issues associated with asset turnarounds, which impacted volumes. When combined, these formed a one-two punch that knocked down earnings rather quickly. Unfortunately, these problems are par for the course for energy manufacturing companies like Phillips 66.