President Trump wants Lockheed Martin (NYSE:LMT) to sell its F-35 Lightning II stealth fighter jet for cheaper prices. But the Pentagon might want to rethink whether it wants to buy the fighter at all.

That's the upshot of a new report out of the Pentagon's Directorate of Operational Test and Evaluation (DOT&E). There, head weapons tester Director Michael Gilmore has just issued a ('nother) damning report on the F-35's deficiencies. 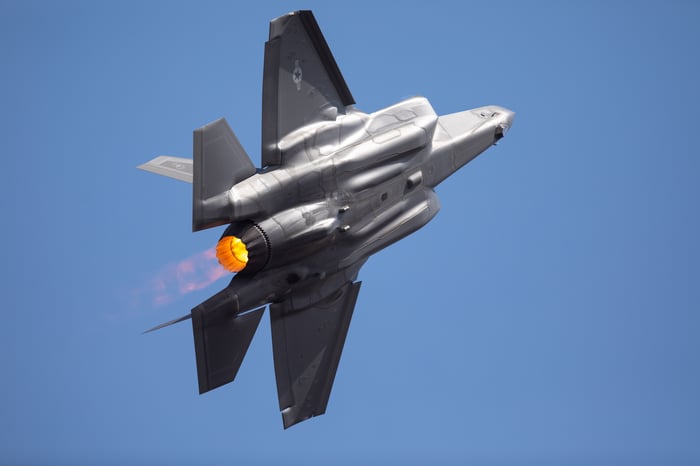 And these are just the mechanical defects. DOT&E also spilled considerable ink detailing problems with "delays in completing the F-35's Block 3F software for mission systems, flight testing, and weapons delivery. According to the office, the plane continues to show "overall ineffective operational performance with multiple key Block 3F capabilities," including:

In all, DOT&E found "17 known and acknowledged failures to meet the contract specification requirements" in Lockheed's 3F software, and "more than 270 Block 3F unresolved high-priority ... performance deficiencies." Meanwhile, new deficiencies are cropping up "at a rate of about 20 per month," and according to the report, there is still "no plan to adequately fix and verify" them all.

What are the consequences for Lockheed Martin?

All of the above problems (and the hundreds more not specifically mentioned here) seem like pretty bad news for Lockheed Martin and its F-35 program -- which already accounts for 23%  of Lockheed's revenues, a number that could rise as high as 50% over time. If these difficulties in bringing the F-35 online continue, that could conceivably convince the Pentagon to curtail the program, or even try to replace it with "a comparable F-18 Super Hornet."

That being said, most new weapons experience growing pains in their early years, and the Pentagon surely recognizes this. DOT&E's objections notwithstanding, so far, the Pentagon seems committed to riding the horse it came in on. Says the department: "The Program Office currently has no plans to delay the production and delivery schedule of aircraft to the Services."

Instead, the U.S. Air Force, Navy, and Marine Corps -- and U.S. allies -- will continue buying F-35 aircraft "as is". They will do so even without full Block 3F capability (which will continue rolling out in stages through at least late 2018, and even without the plane having achieved "Initial Operational Test and Evaluation" (IOT&E) -- which DOT&E says probably won't occur before "late 2019 or early 2020."

That said, DOT&E is recommending that the Pentagon rethink future F-35 "block buys" before Lockheed shows more progress fixing the plane's flaws. DOT&E also notes that Lockheed Martin cannot receive a go-ahead to begin producing F-35s at "full-rate production" levels -- and cannot therefore reap the benefits that such economies of scale would give its profit margins -- until IOT&E has been achieved.

And that date is still probably a good three years off.