Please ensure Javascript is enabled for purposes of website accessibility
Log In Help Join The Motley Fool
Free Article Join Over 1 Million Premium Members And Get More In-Depth Stock Guidance and Research
By Jeremy Bowman – Feb 4, 2017 at 7:02AM

The new president has pressured companies to invest in the U.S. and create jobs. Clamping down on share repurchases could help serve his goals.

Before he even took the oath of office, Trump said he had struck a deal with United Technologies' Carrier Industries to keep about 800 jobs in Indiana that were slated to go to Mexico. He pressured other manufacturers like automakers to keep jobs in the country, and may have influenced Ford's decision to scrap plans for a new plant in Mexico.

Once in office, Trump backed out of the Trans Pacific Partnership, a 12-nation trade deal, and met with leaders of the Big 3 automakers to urge them to expand in the U.S.

While those moves may help curry the favor of Trump's base, their effect on investment in the U.S. is uncertain. The automakers already believe that the auto market is at its cyclical peak, as last year marked a record for vehicle sales, and they are therefore reluctant to invest in new factories.

Manufacturing jobs have certainly declined over the past generation, but analysts tend to blame that on automation rather than outsourcing.

Trump has supported tax breaks that would encourage companies to bring back money kept overseas. Some see this as step one to getting the companies to invest in American jobs. Others see it as priming the companies to use the money to buy back their own shares. Larry Fink, BlackRock founder and CEO and a member of Trump's "President's Strategic and Policy Forum," recently warned that companies should only engage in buybacks "when they are confident that the return on those buybacks will ultimately exceed the cost of capital and the long-term returns of investing in future growth."

Fink mentioned Trump by name twice in his Jan. 24 annual letter to CEOs, saying in part:

If tax reform also includes some form of reduced taxation for repatriation of cash trapped overseas, BlackRock will be looking to companies' strategic frameworks for an explanation of whether they will bring cash back to the U.S., and if so, how they plan to use it. Will it be used simply for more share buybacks? Or is it a part of a capital plan that appropriately balances returning capital to shareholders with prudently investing for future growth?

President Trump has indicated an interest in infrastructure investment, which has the dual benefits of improving overall productivity and creating jobs, especially for workers displaced by technology.

Fink went on to write that infrastructure investing is not a solution to automation taking jobs, saying "businesses will need to increase the earnings potential of the workers who drive returns, helping the employee who once operated a machine learn to program it."

Trump has showed himself committed to American jobs. We don't know if he will use his bully pulpit to try to force companies to forgo buybacks, but he might if he follows the logic that doing so would result in the companies instead putting the money to use in ways that would boost American workers. Let's take a look at the issue.

Share repurchases, or buybacks, in which a company buys share of its own stock, were once illegal, as they were seen as facilitating insider trading because a company could act on information not available to the public. The SEC changed the rule in 1982, and since then, stock buybacks have become increasingly popular. According to HSBC, American companies have spent $2.1 trillion on repurchases over the last five years.

Often called a form of financial engineering by detractors, share buybacks boost a company's earnings per share, not by increasing earnings, but by reducing the number of shares outstanding. The pie is split among fewer shares. Investors to tend to cheer share buybacks due to the lift they give to stock prices, but from a larger economic perspective, and possibly from Donald Trump's point of view, they may be the least efficient form of spending cash. 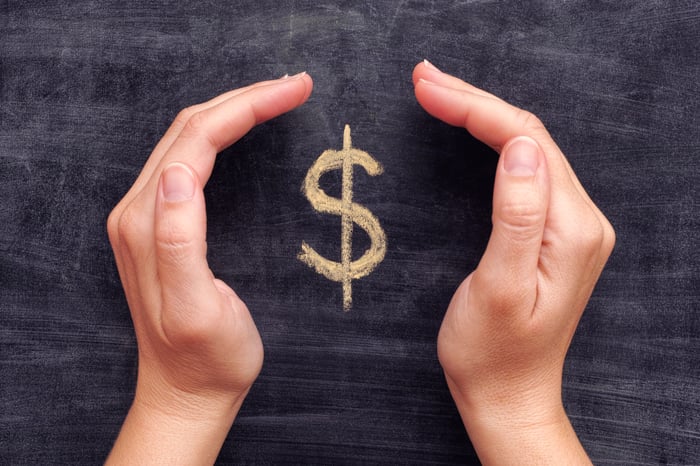 By allocating money to buy back shares, business are choosing to spend profits on inflating earnings per share instead of potentially investing in the long-term growth of the business by opening new plants, hiring or training new workers, investing in research and development, or even acquiring other companies. Unlike dividends, the other from of returning capital to shareholders, buybacks don't give money to current shareholders that can be reinvested, and they do not add market value to the company, which is based in part on the number of shares outstanding. In other words, no value is being created by repurchases in the aggregate.  Share repurchases are controversial for a number of reasons, but their ability to dissuade companies from investing in long-term growth is certainly one of the biggest.

How the pros do it

With interest rates especially low in recent years, many companies have taken on debt, not to expand their businesses, but to reward shareholders with buybacks. Apple (AAPL -0.66%) founder Steve Jobs refused to pay a dividend, believing that it meant the company was out of ideas. He also didn't authorize share repurchases.

Apple under Tim Cook, however, has taken out $87 billion in debt to fund repurchases, reducing the share count by 1.3 billion in the process, and spending about $125 billion in the process. Part of the reason Apple has done so is because much of its cash is parked overseas and it wants to avoid repatriation taxes, but one could see the Trump administration cutting a deal with the iPhone maker to reduce or eliminate repatriation taxes if it agreed to invest in jobs in the U.S.

Apple, with nearly $200 billion overseas, has been demanding such an arrangement for years, and could be willing to invest some of that cash in the U.S. if the tax rate was significantly reduced. Notably FoxConn, its biggest supplier, said it was considering opening a plant in Pennsylvania that would employ 50,000 Americans. Apple is unlikely itself to invest in domestic manufacturing, but since FoxConn assembles iPhones and other Apple products, if it opened a plant in Pennsylvania, it would mean that some Apple products would be made in America, though outsourced to a Chinese company.

Trump has said he would like to make deals with corporations to bring some of their overseas cash back home, though that would likely come with stipulations. Goldman Sachs predicted Trump's tax and repatriation plans would encourage more buybacks as it frees up cash for companies, but BlackRock's Fink scolded corporations in his recent letter for spending so much on buybacks.

He noted that the total that S&P 500 companies have spent on dividends and buybacks in the last 12 months is greater than the operating profits they've earned. With $5 trillion in assets under management, the Blackrock CEO's missives attract attention on Wall Street, and if he gets the President's ear, Trump could end up using the bully pulpit to excoriate big business for its excessive buybacks.

IBM's (IBM -2.79%) recent misadventures perhaps best illustrate the folly of buybacks. After outlining a goal in 2010 of reaching $20 in earnings per share (EPS) by 2015, Big Blue spent aggressively on repurchases to pump up EPS to meet that target, pouring $70 billion between 2010-2014 into lowering its share count. As a result, however, the business suffered.

Revenue at the tech giant has now fallen for 19 quarters in a row, and the company was forced to step back from its $20 EPS goal in 2014. In 2016, adjusted EPS was just $13.59, down 9% from the previous year. In the meantime, IBM has also slashed headcount as the number of employees has fallen by close to 100,000, since its peak in 2014, to 368,000. Considering Big Blue's decision to use profits to reward investors while laying off employees, the company would seem to be a target ripe for Trump's ire.

It's not just tech companies that are using this tactic, as manufacturers like GM, Ford, and Caterpillar have all been spending on share repurchases recently.

Any attempt by the Trump administration to tackle share repurchases would likely rankle Wall Street, which favors the practice. But as the president looks for more levers to pull to boost the "forgotten men and women" of America, share buybacks may start to look like a worthy target.