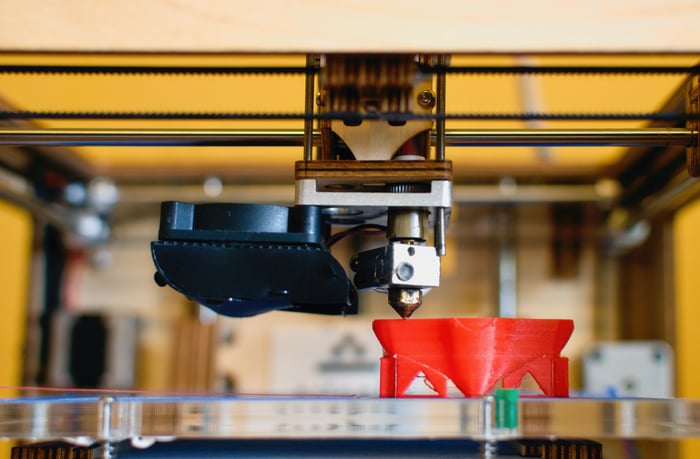 Shares of 3D Systems (NYSE:DDD) jumped 24.1% in January according to data from S&P Global Market Intelligence. The diversified 3D printing company's stock has gained 117% in the one-year period though Feb. 2. 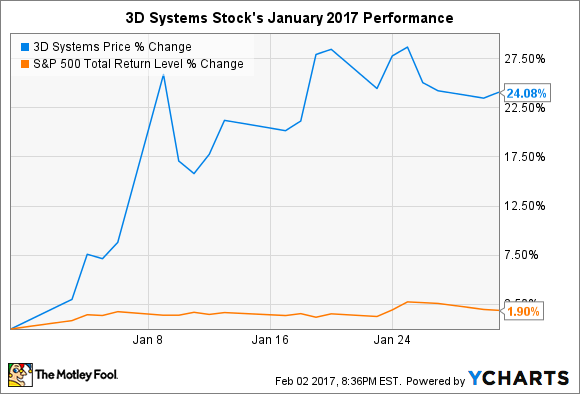 There was no material news about 3D Systems' business performance or outlook in January. The stock's big jump can largely be attributed to buyout rumors. On Jan. 9, shares of 3D Systems shot up 15.7% on buzz that General Electric (NYSE:GE) had approached the company about a buyout and that it had hired an investment banker to explore a possible deal.

Only time will tell -- per the hit '80s tune -- whether the rumors are true and whether a deal is in the pipeline. Rumors about buyouts in the 3D printing space have been rampant for many years. That said, as far as rumors go, this one isn't far out, as many of them have been.

General Electric has long been a major user of 3D printing. Moreover, late last year, it spent approximately $1.4 billion acquiring controlling stakes in two European metal 3D printing companies. These moves marked the digital industrial giant's entrance into the 3D printing supplier business. GE's goal is to generate $1 billion in 3D printing revenue by 2020. So, it's certainly possible that GE could view 3D Systems -- which has a diversified business, though it's heavily slanted toward polymer 3D printing -- as useful in helping it achieve its goal.

Most investors shouldn't buy a stock based only on buyout rumors. If the rumors turn out not to be true, the stock will likely give back the rumor-fueled pop in price.

Of course, there's no downside for existing 3D Systems investors, with January's rise a welcome surprise. And if the rumor turns out to be true, investors will likely be getting a bigger pop.