After announcing the sudden departure of its CEO, shares of Teva Pharmaceuticals (NYSE:TEVA), an Israeli-based manufacturer of generic and branded drugs, fell by more than 5% in early afternoon trading on Tuesday. The move has erased more than $1.5 billion from the company's market capitalization.

Teva's board announced that Erez Vigodman will be leaving the company's corner office, effective immediately. The board has appointed Dr. Yitzhak Peterburg as the company's interim President and Chief Executive Officer. 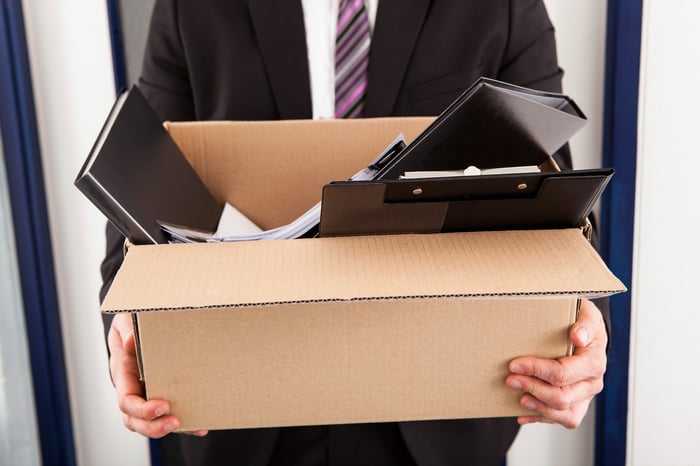 Dr. Peterburg has served as Chairman of Teva's Board of Directors since 2015. The company also stated that it has initiated a search to look for a permanent CEO.

Traders were surprised by the news, leading to today's drop.

Teva's stock has been in freefall for more than a year now, and it is not hard to figure out why. The company's balance sheet is debt-heavy after it spent more than $40 billion to acquire Actavis, the generic drug unit of Allergan. Teva's also been dealing with the loss of patent protection on Copaxone, its blockbuster multiple sclerosis drug. Mix in accusations of price fixing and today's corner office change-out, and it is easy to understand why shares are trading at a ten year low.

Dr. Peterburg certainly has his work cut out for him to get Teva back on track. His first move was to try and reassure shareholders that the company's future still looks bright, stating:

Teva has a deep bench of talented leaders and today's announcement has no impact on our ability to execute going forward. With the strength of our generics pipeline, unique R&D capabilities and unparalleled footprint, coupled with our existing assets and growing pipeline in specialty medicines, I believe in Teva and the Company's long-term growth prospects.

He also stated that his near-term focus is to realize the cost synergies promised from the Actavis acquisition. For perspective, management had previously stated that it expected to wring out more than $1.4 billion in annual cost savings.

With shares trading for less than seven times forward earnings, it is clear that Wall Street has given up on Teva's stock. I for one do not like investing in falling knives, so I plan on staying far away from this troubled company for the foreseeable future.