Earlier today, Snap (NYSE:SNAP) filed its first amended S-1 with the Securities and Exchange Commission. Companies often modify their initial registration statements leading up to their IPOs, prior to issuing a formal prospectus. Prospective investors already knew that Snap is a big spender at Alphabet's (NASDAQ:GOOG) (NASDAQ:GOOGL) Google Cloud, which it relies on for its cloud infrastructure needs.

Snap is unique in its continued use of third-party infrastructure vendors at the scale at which it is operating; most companies invest in their own infrastructure once they grow to a point where it's warranted. To a lesser extent, Snap also purchases infrastructure services from Amazon.com's (NASDAQ:AMZN) AWS. 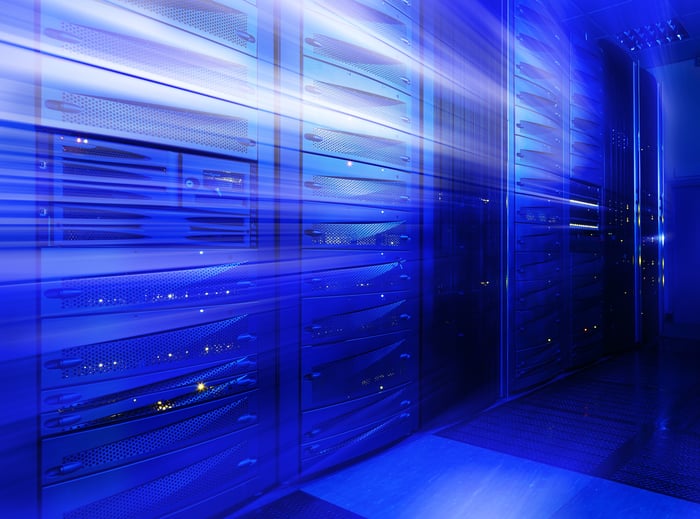 In the amended filing, Snap provided some additional detail on its relationship with the e-commerce giant.

Always have a contingency plan

To be clear, Google Cloud is still Snap's main flame, but it never hurts to have backup. In fact, contingency planning is absolutely critical when your entire service relies on third-party infrastructure partners, and this is the role that AWS will play. The deal was inked just yesterday, which is what's triggering the S-1 amendment.

That $1 billion commitment will slowly ramp up, starting with $50 million in spending this year. That's a tiny drop in the bucket compared to the $12.2 billion in sales that AWS did in 2016. Snap is on the hook to spend $350 million with AWS in 2021. In contrast, the agreement with Google Cloud that was finalized on Jan. 30, 2017 calls for a flat $400 million per year for five years, with a little bit of leeway in shifting spending to subsequent years (up to 15% in each of the first four years). 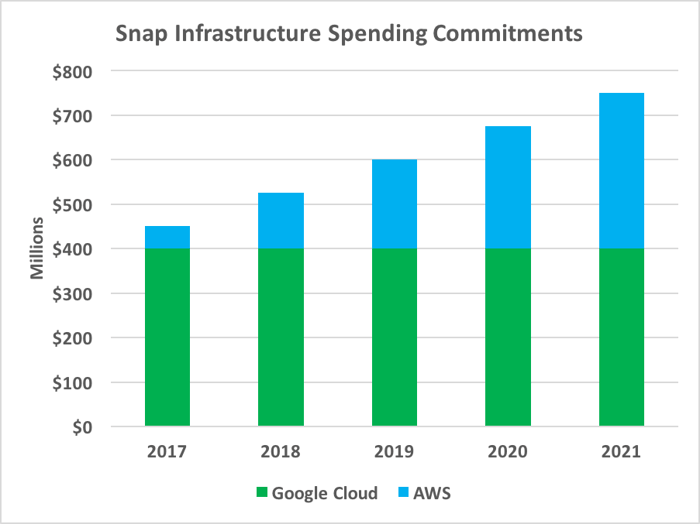 Combined with its $2 billion commitment with Google Cloud, we're looking at $3 billion pledged between Google Cloud and AWS over the next five years. Snap's cloud strategy of relying entirely on third-party partners is risky for many operational reasons, but that's an awful lot of financial pressure for the start-up. In 2016, cost of revenue exceeded revenue, resulting in a negative gross profit of nearly $50 million, and infrastructure costs are the largest component of cost of revenue.

Snap only recently rolled out its automated ad sales API in October, which exited beta just a couple weeks ago. The company will now need to ramp ad sales faster than its infrastructure spending commitments if it hopes to generate gross profit in the years ahead. And we haven't even started talking about operating expenses yet, which totaled $473 million last year.